The car began to roll out of the driveway when grandson Nathaniel jumped out and said he forgot to do something. He must have answered my question with at least one word, because I immediately knew he was heading for the mirror in the front hall. He strode; I ran. He reached up to take it off the wall while I focused on him. You see, when I was looking for a place to hang it when we moved in, I slung it on a sturdy hook that held a wall clock for the previous owners. We installed a lower hook. Moving the mirror up is the first rite Nathaniel performs when he arrives. As you can see, it is perfect for him to glance at his face. It works for brother David, as well. 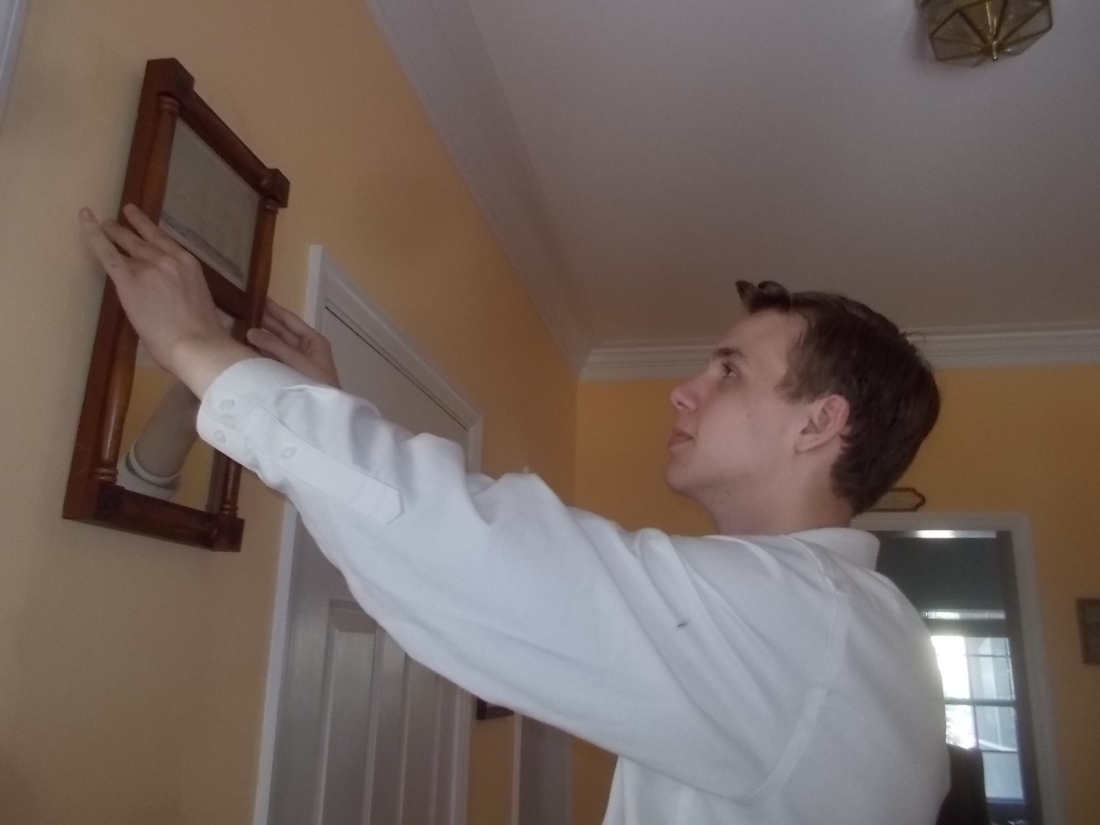 The last rite of a visit is the formal lowering of the mirror. As he straightened it, he said, “That’s right now. I can see my belt buckle.”

We both rushed back out to the car so that I could wave as they set off for the long drive to New York. I remembered there was one other tale I wanted to tell. It involved a shopping trip to East Tennessee, where we went to the Smoky Mountain Knife Works. They proclaim themselves to be the the world’s largest knife store. The first sign I saw inside the store was repeated throughout. It stated that persons under 18 years of age were not allowed to handle knives or swords.

That sign didn’t make me laugh until we got back to our house. I understood the reason for the warning, but how ludicrous in our case! Nathaniel (17) just spent the summer cutting things in a steak house kitchen! On the days they were making tomato jam, how many tomatoes had he cut up? The answer – 400 tomatoes. He knew exactly how many were in a crate and how many crates he had gone through. Below is a photo of a sandwich he made for our meal. It involved cutting chicken, slicing cheese, cooking bacon, and grilling the chicken. He is more careful with knives than I am. 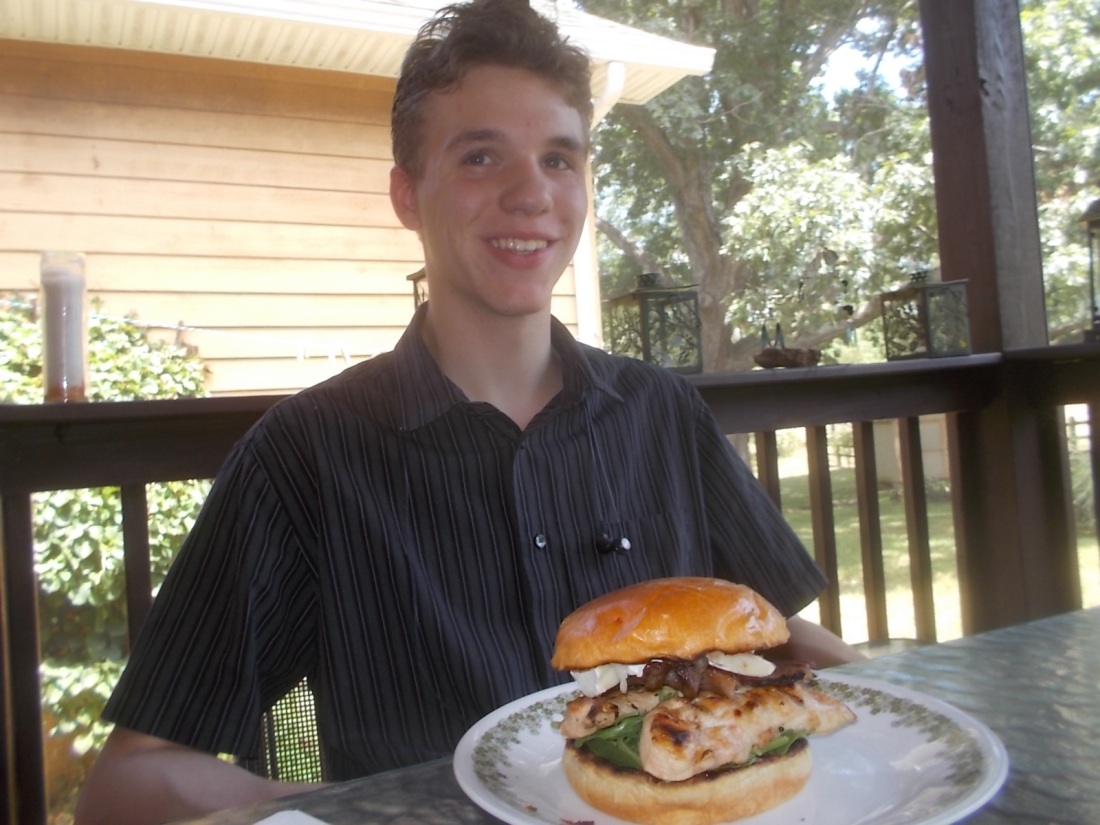 I wonder what the knife store people would say if they knew he had played with fire as well. 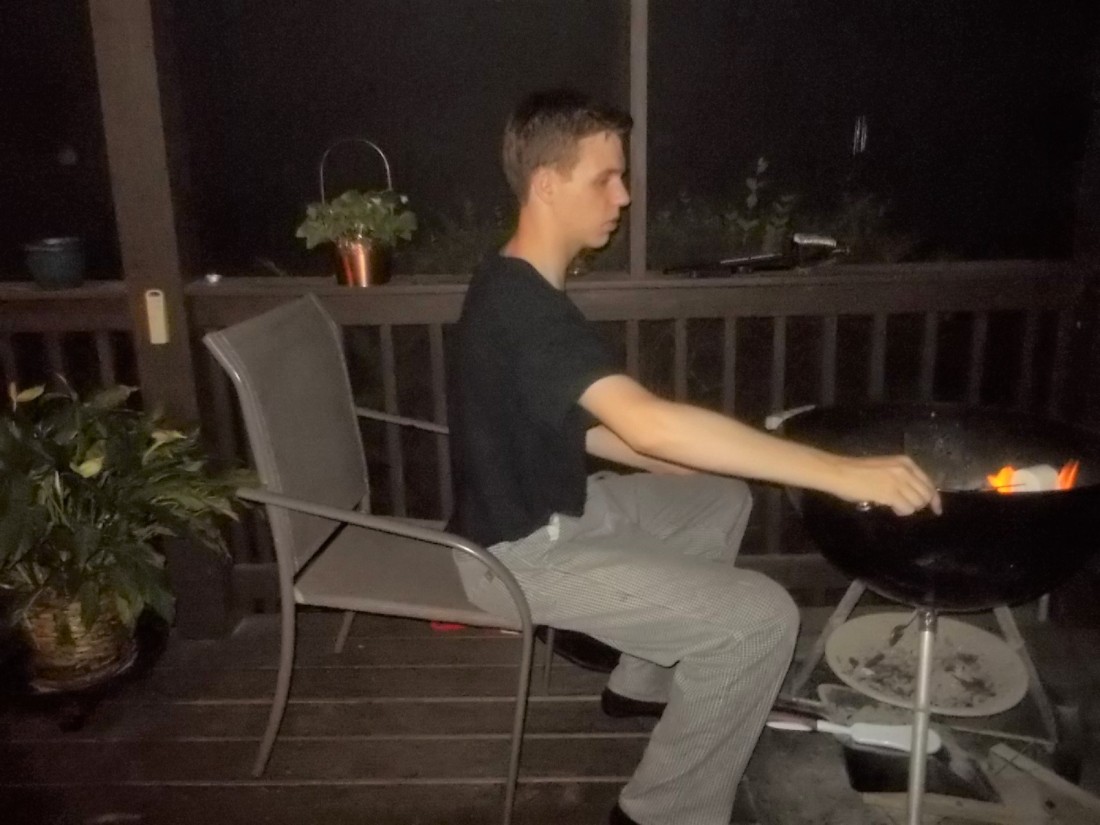