We were supposed to get several inches of snow, so I was fairly sure local schools would be closed. Still, I hesitated to text neighbors in case they were still asleep. John said go for it, so I asked Shawn if she were awake and school closed. If so, would Logan like to walk with us? Surprisingly, Logan was still asleep at 7:15! John and I walked to the creek in gentle flurries as the sun tried its best to poke through the clouds.

Mid-morning Shawn asked if Logan could come over, and of course, we were delighted to have him. John paused in the checkers game when Logan found the green silicone oven mitt. It is shaped like an animal’s head. Logan moved it to make it appear to talk, then tossed it up in the air.

They resumed the checkers game. 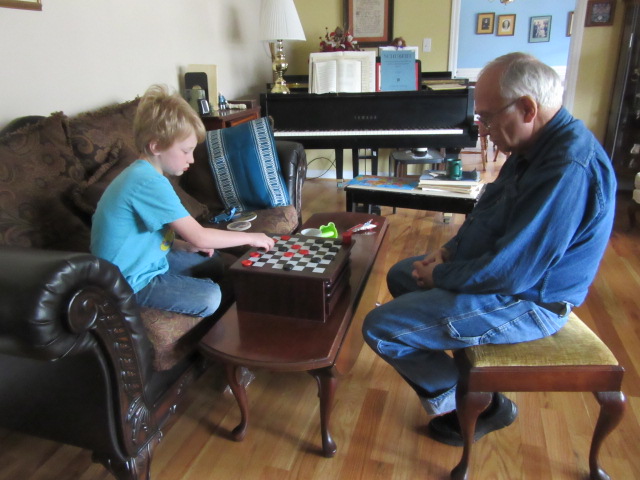 As the fellows played, I made some dough. It was one of those recipes that called for the yeast to be added with the flour, using a mixer. While it sat for 20 minutes, John and Logan read a short book together. Logan agreed to help make the coffeecake, so he washed his hands with soap (in front of me) before kneading the dough with his hands.

He did very well rolling the dough with my heavy rolling pin. 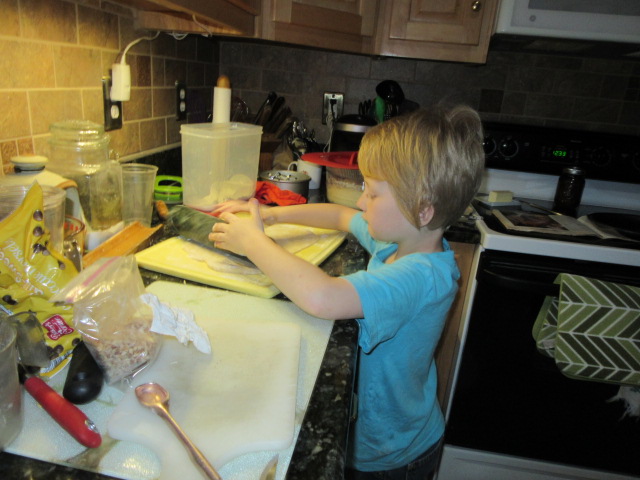 Painting the dough with melted butter was a piece of cake easy for him. His touch was light, so he didn’t tear the dough. 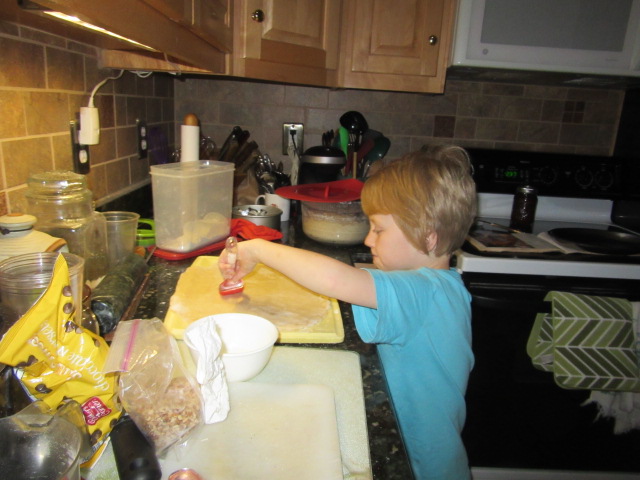 He sprinkled the pecans and chocolate chips evenly. I couldn’t have done a better job, so I presume that is amazing for a 7-year-old. Well, maybe I’m a klutz. One long edge was left bare, and he used his finger to apply water, which acted like glue to seal the roll. 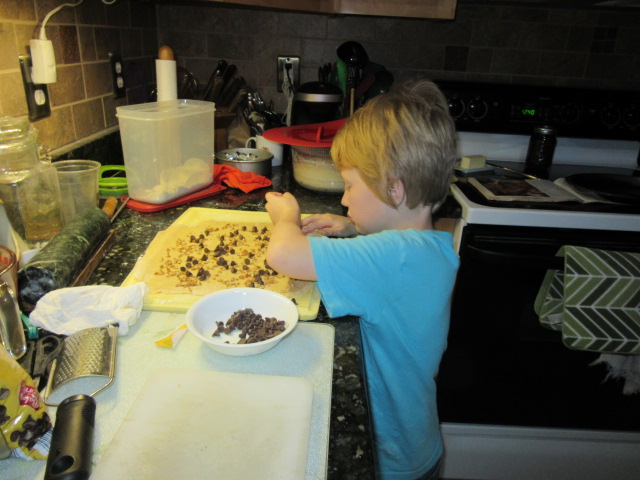 He finished! As he skipped off to play with John, I covered the roll with plastic wrap and put it in the refrigerator. It can be baked from 2 to 24 hours later.

Before you ask, I’ll tell you that I did not do this kind of thing with my children. I didn’t have the patience. Today patience was on the other foot, because Logan had to wait as I got things ready for him.

John helped Logan memorize a Bible verse before they had a killer game of balloon/volley ball. 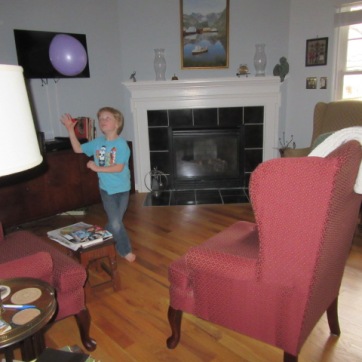 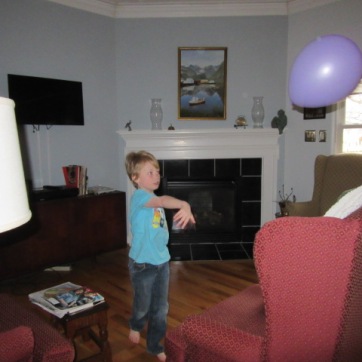