Neighbors Shawn and Bob went with us to visit Biltmore, the Vanderbilt mansion in Asheville. They had not been there for a long time, and I wanted to see the wedding costumes from movies that were on display. The shuttle bus driver said a few magic words that excited me. Visitors were allowed to take photos! We were asked not to use flash, but this was the first time I let the toy camera out of my pocket inside the mansion.

The winter garden was decked out with flowers and huge swags of white material, going with the theme of romantic weddings.  I took a quick back shot of Shawn and Bob there. 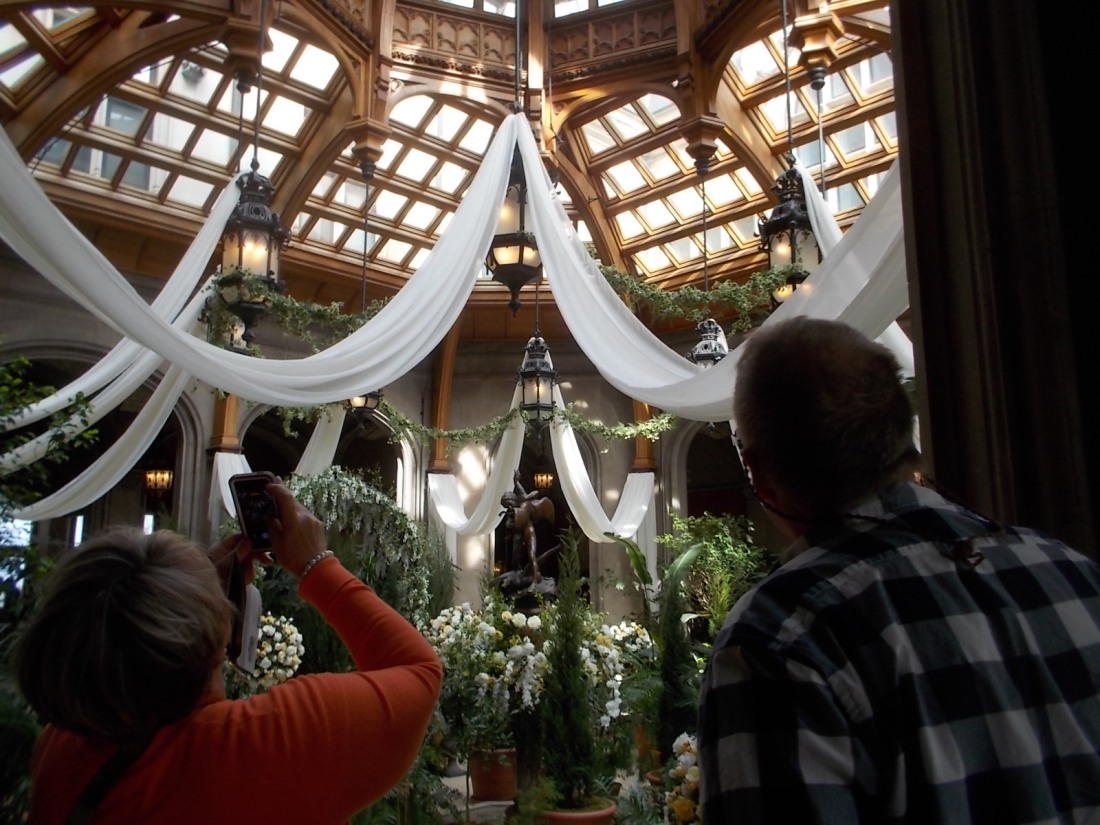 I wish I’d stayed closer to our friends, because they say as many amusing things as neighbor Amy. When we stepped onto a second floor balcony, Bob said, “This would make a good hunting blind.”

I’ll include one set of pictures from the special display – the sign and costumes from the movie of Pride and Prejudice. My shots were not good because of the lighting, but the displays were lovely, scattered about the main rooms. 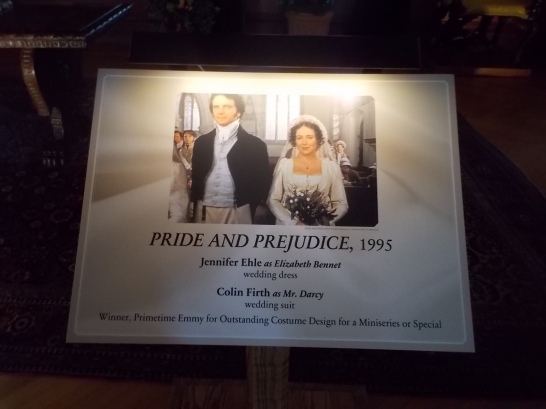 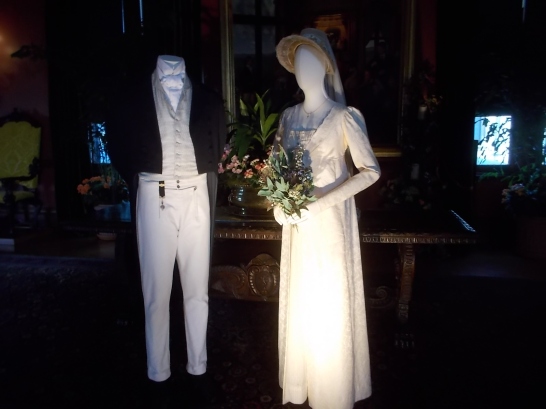 Our tickets included a wine tasting, something I’ve never done before. I took a quick shot of the others, and the waiter offered to get us all. He quickly put bottles on the counter and turned one so that the Biltmore label showed. I’m sure the camera grinned when the man commented on how small it was. 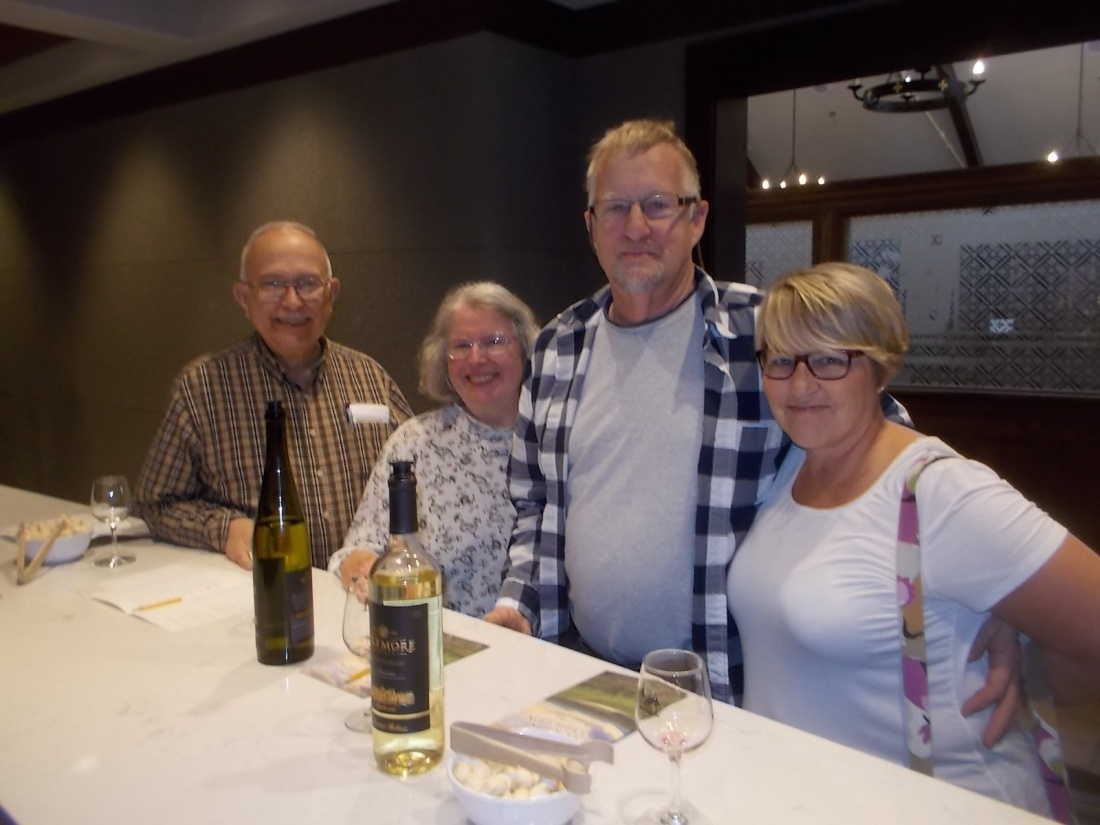 We had a quick lunch nearby and went straight to Logan’s school to pick him up. Shawn and Bob opened the car windows so their son could see their faces in a strange car. We were soon home and ready to put our feet up after a fun day out.