Logan (5) might have been watching for us to come home from the noon church service on New Year’s Eve. He was chasing grandson David before I was out of the car. Grandson Nathaniel cheered them on, yelling to David to go on the porch. Of course, Logan followed, so David climbed on the railing and jumped off.

It was something like running from a dog. If you don’t run, the dog won’t chase you. David’s long legs put him ahead, while Logan’s boundless energy the young boy going. The standoff came when David took refuge on the roof of the Jeep, all in good fun.

Nathaniel took a turn entertaining Logan on the porch by playing with the trains.

We have fallen into the habit of eating a late lunch, so I asked Logan if he had already eaten. He had. I didn’t think to prepare a hamburger for him, but I should have. Two of us offered to share ours when he expressed interest in the food on the table. After a bit he pushed a chair between John and Nathaniel and nibbled on cheese that John cut for him. The best was when Nathaniel shelled a few Kentucky peanuts.

I bailed and went to take a nap. Because of the silence, I thought Logan had gone home. He hadn’t. David pulled up simple games on his iPod, and the boy was entranced for an hour. He reluctantly left when his parents called him home. 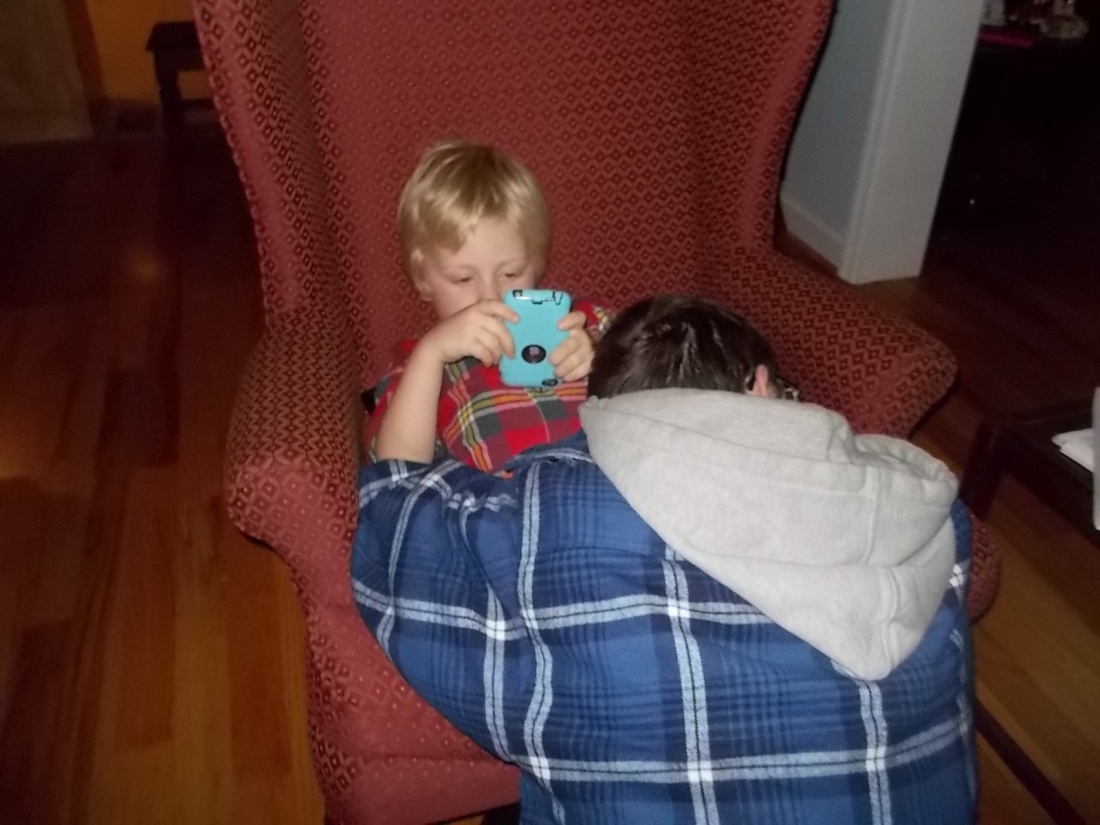 The house was energized again when three other households joined us for a New Year’s Eve party. These were our nearest and dearest neighbors from the end of the street. We all had extras, too, grandchildren for three of us and Joyce’s sister. That’s the way to celebrate! I hope everyone else had as much fun as John and I did.

Bob set off some fireworks in the street as we watched from the porch. As soon as the first big one exploded, we heard the mountains echo with repeat blasts as loud as the original. The same thing happened a second time. Why didn’t the sound fade as we expected? Before Bob lit his third one, we discovered why. Someone looked to the left and saw fireworks further up the mountain that just happened to follow Bob’s. We were happy to be outside in the cold air to see both.

At midnight, a stalwart five of us watched TV to see the ball drop in Times Square. The countdown came, but there was no ball to see! Amy mentioned the number of Waterford crystals that were reported to be on the ball, so we knew it was on the agenda. Perhaps we were watching the wrong station. Did anyone see the ball drop?