It’s a good thing I didn’t know snow was forecast, otherwise I might have gotten up several times during the night to peek outside. As it was, I saw the flaky symbol just before going out to walk. I thought, “Yeah! Right! Snow! Tell me another one. All those times you said it would snow last week and nothing came? I’ll believe it when I see it.”

Looking at the map, I saw a big blob of gray. With my luck it would slide right by. Marla was out with dog Albert, and I told her snow was close. As we chatted, first one flake and then another flitted by. Snow was really coming down as I strode down the big hill. I took a photo at the stream, hoping to show the flakes. Some were already sticking to the boulders.

Coming back, I needed a shot to show John that Qualla was white. At that moment he was having breakfast with grandson David in NY.

The toy camera insisted we take Amy’s house, because Amy was in South Carolina. She would need to know what she was missing. 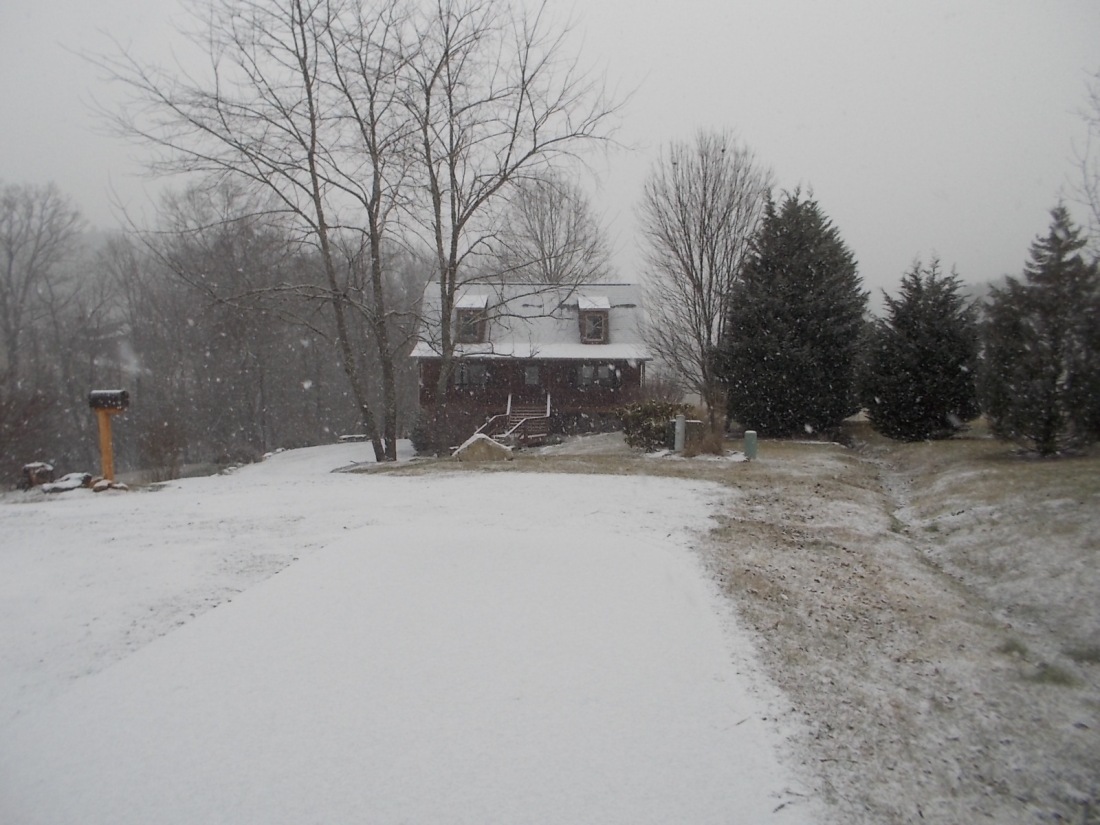 The camera also said my now white hair should be recorded. That little gadget has a sense of justice, uncommon for a camera. If I accidentally take unflattering photos of others, I should be willing to expose myself to the same treatment. I didn’t realize it would be a front and back selfie.

I wondered what I would do with John away. When you’ve been with someone over 50 years on a daily basis, you don’t take that absence lightly. I usually soak up the silence, but this time I put on some Celtic music in the living room. Did I strain to hear it? No, it was blasting, and I could hear every note three rooms away. Evidently, this was going to be a day of surprises.