Neighbor Amy did not go to the Biltmore mansion when her sister and husband were visiting, because she was under the weather.  She stayed home to go to the doctor.  The report came back that the tulips were in full bloom.  Days later, we knew we should go before the blooms were past their prime.  We agreed the night before that if Amy felt well enough, we’d skip the house tour and go straight to the gardens.  It worked out perfectly.  Because we were there early, we found a parking place at the garden shop.  Just as we came into the garden, John’s phone rang.  He stood there enjoying a conversation with a fellow train enthusiast while Amy and I walked among the tulip beds.  From time to time we looked back to see John still in the same spot.  A couple offered to take our picture together when I was asking Amy to pose.

I wanted a photo of the greenhouse, so we kept walking up the hill. 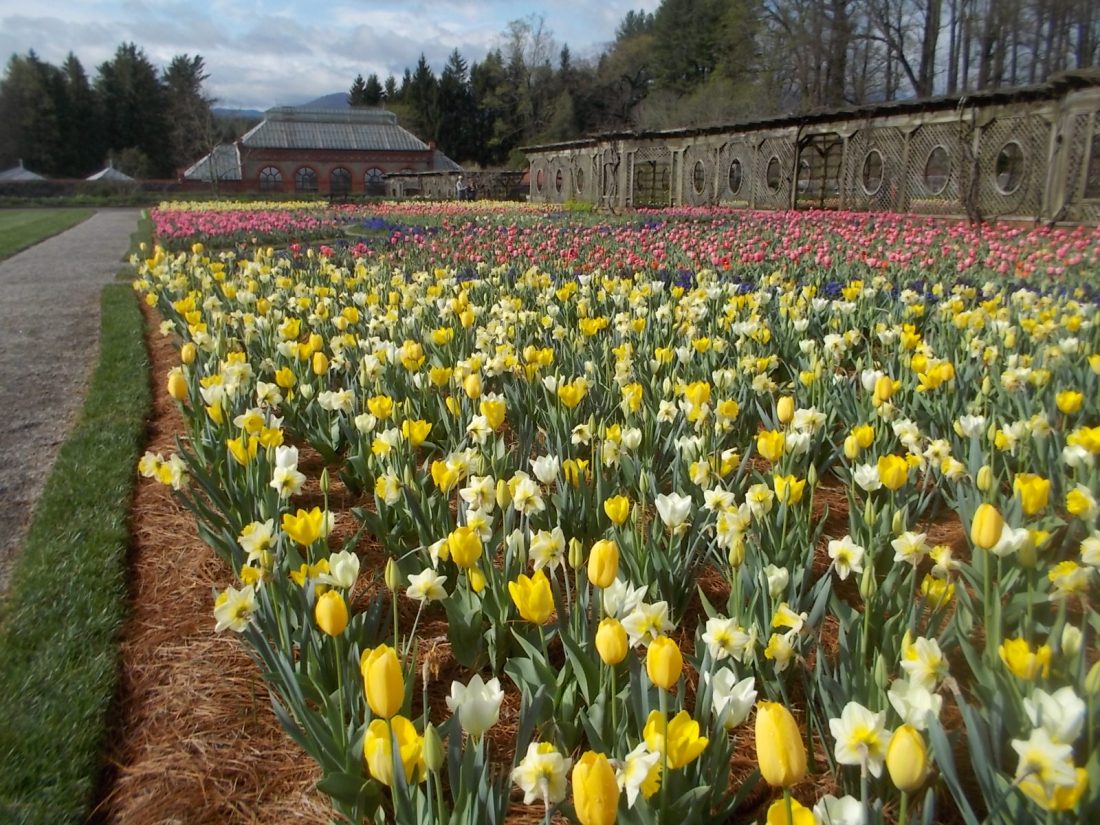 Finally we were outside the mansion, looking up at the wisteria. 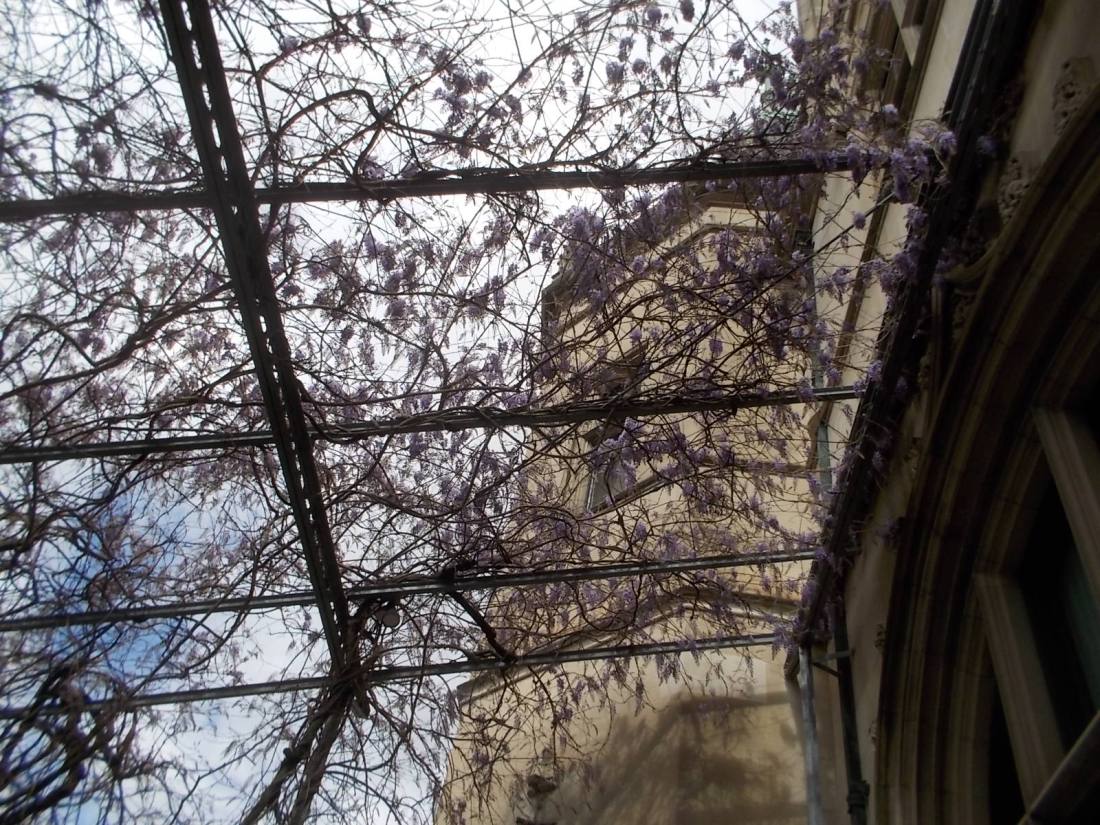 It was fun being in a professionally groomed garden with a master home gardener.  Amy spotted the one dead plant in that huge array.  She also noticed spent daffodil blooms.  She asked, “Doesn’t that make you want to reach out and snap them off?” 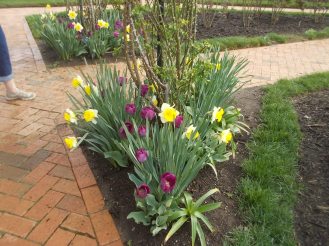 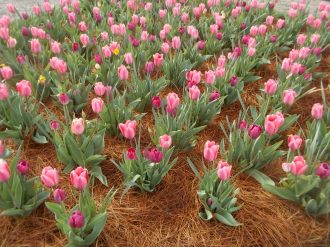 Because John knew Amy was in the habit of getting a chocolate milkshake at the Biltmore Creamery, he offered to take us there.  Knowing she had been watching her weight, I quickly jumped in and said we shouldn’t tempt her.

Amy said, “Thank you for being the voice of my conscience.”

I sat there squirming.  The comment could have been taken two ways.  She might have been glad to forego the treat for the sake of her health.  [Anne!  Really???]  Although the tone of voice was not sarcastic, she could very well have wished I’d kept my mouth shut.  Here is the solution:  Amy, I owe you a thick shake.  Let me know when.

The first thing I saw when we pulled into our drive was the pot of yellow pansies we’d bought the day before.  When John couldn’t find our trowel, he bought two in town while running another errand.  Life is pushing me into this role, whether I want it or not.  When I took the Biltmore photos to her house, I told Amy that I’d gotten my hands into dirt when replanting the pansies.  I looked down and noticed there was still dirt under my fingernails!  That was one baby step.