Grandson David was talking about quartz in front of neighbor Amy, and she told him she had a big rock he should see.  This was quartz on steroids.  She offered it to us, saying it would look good in our garden.  You see, Amy has a vested interest in our garden.  She and Ron lived at the end of the street several years before the first owners moved a modular house next door.  Amy and neighbor Shawn shared cuttings and plants with the owners of our house, and that is why our garden looks as good as it does now.  Amy also knew I needed lots of guidance.  I was a pre-novice, totally disinterested gardener two years ago.

David loved the small boulder, and his enthusiasm motivated John to accept Amy’s offer.  We brought tools to Amy’s yard, meeting her on her mower.  The most useful thing I did was to stand on the shovel that had pried the rock up while the men hoisted it onto the hand truck.

The fellows pulled that heavy, heavy load up a grassy slope and attached it to the mower.  Amy drove it to our house.

While I tried to decide where it should be placed, they made the decision to offload it at the only spot the mower could get to.  Wise move.  We may shift it a few inches, but it won’t go far. 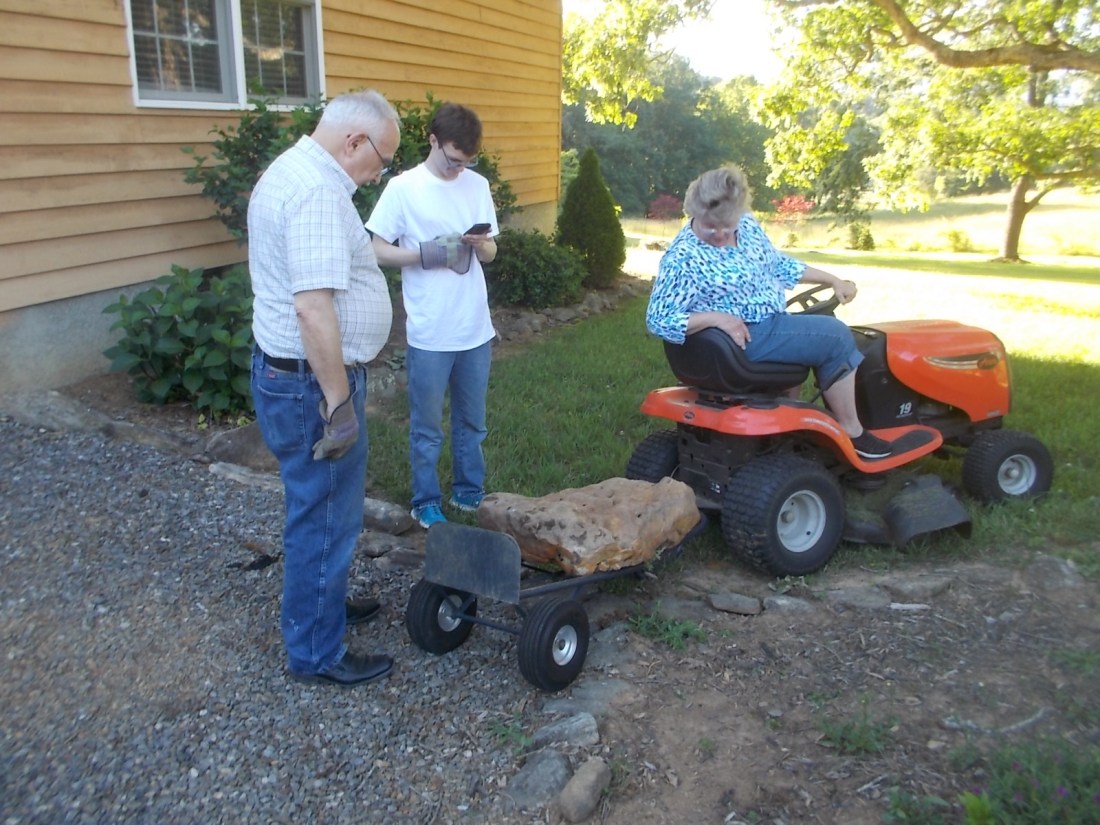 What a struggle it had been!  I now have a very healthy respect for prehistoric people who moved enormous bluestones to Stonehenge.  I asked everyone to pose for a victory photo.

Amy also gave us a bench for the pergola.  One more trip with the mower, and the bench joined Amy’s birdbath under the wicked wisteria.  The scene is deceptively peaceful, don’t you think? 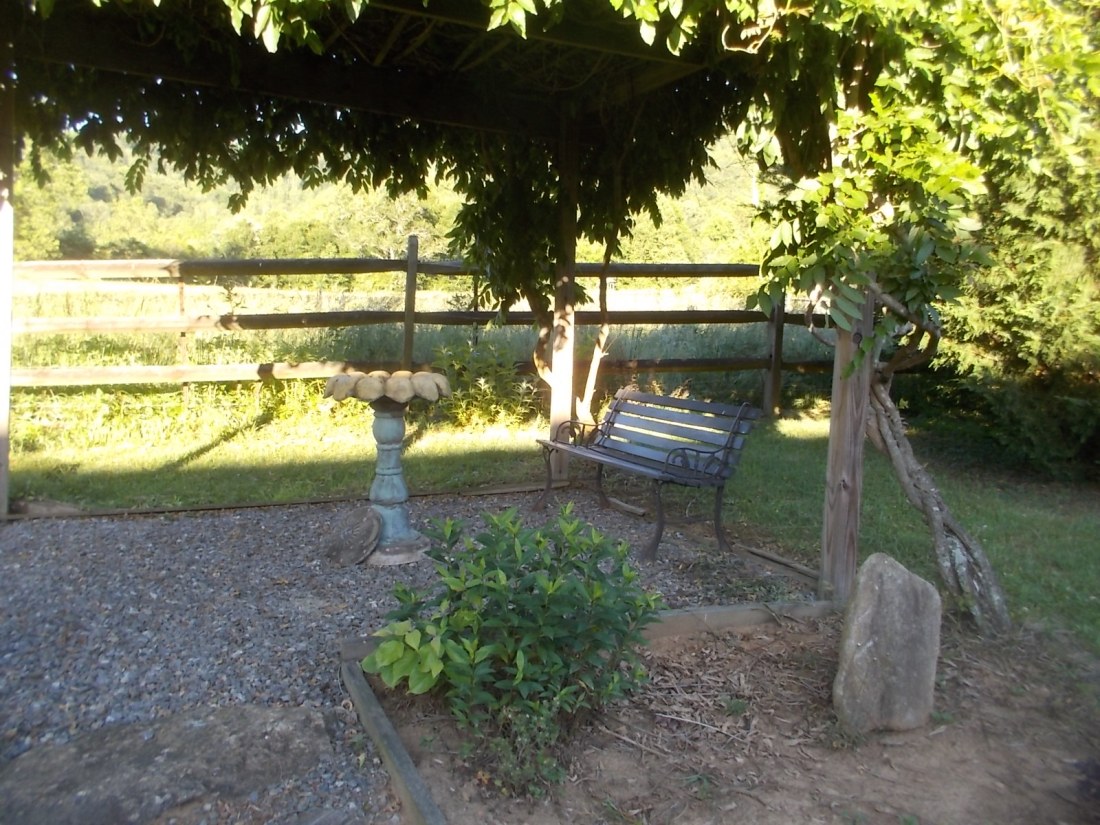