We were having a wonderful time catching up with news of my brother Bob and wife Beth as soon as we arrived at their home.  Our niece Julie came over, and that was extra special, because we seldom see her.

Sometime during dinner Nathaniel talked about a giant marshmallow in a movie, which rang a bell with Beth and Bob.  They went downstairs and brought up three guns made of PVC pipe.  They remembered buying the black one and using it as a pattern to make two white ones.  The guns became the entertainment of the evening, keeping us all in stitches.  Beth found miniature marshmallows and didn’t flinch as the boys practiced shooting. 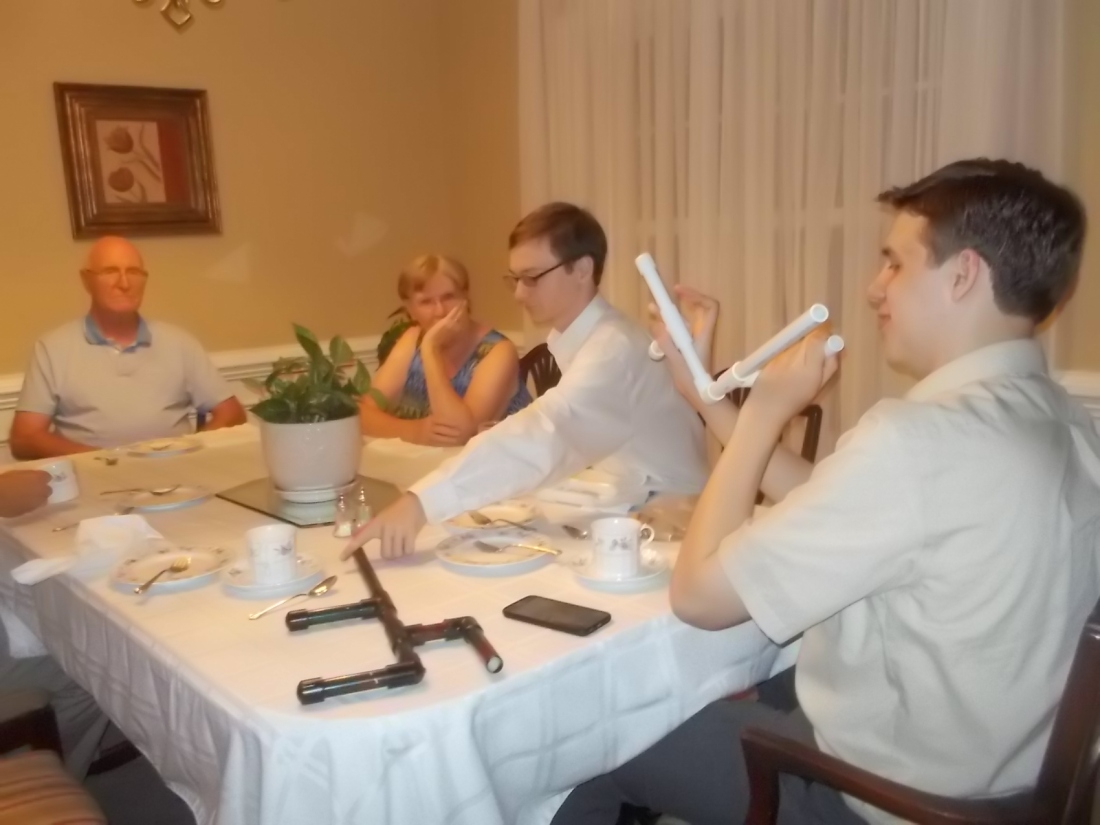 Knowing Bob is an accomplished brass player, I asked if he could make music, beautiful or otherwise, with a marshmallow gun.  By then it had morphed into something resembling a trombone.   He could play two good notes on it!

In playing with the guns, the fellows found the white ones Bob had made were not glued together.  There is no telling how many configurations they came up with, most of which could still fire sweet ammo. 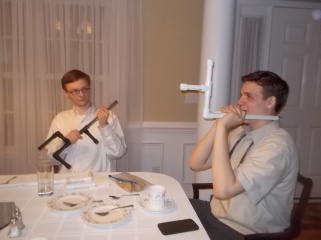 Nathaniel was fairly sure one miniature bullet landed on the window sill two stories up.  The next day they brought in the big ladder and retrieved it.  Bob dusted the sill while he was up there. 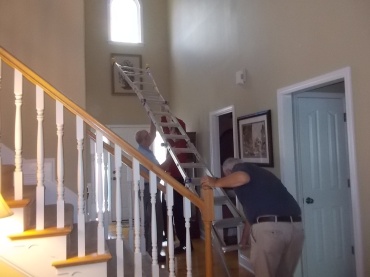 Eating and shooting were not the only pastimes.  Going to Costco was another fun outing.  We had a membership in NY, but there isn’t one close to us anymore.  We stocked up on nuts, cheeses, candy, and croissants.  Nathaniel spotted a stuffed animal big enough for him, and both boys posed with it.  We’re glad he didn’t want it, because the bear would not have fit in the car with all of us. 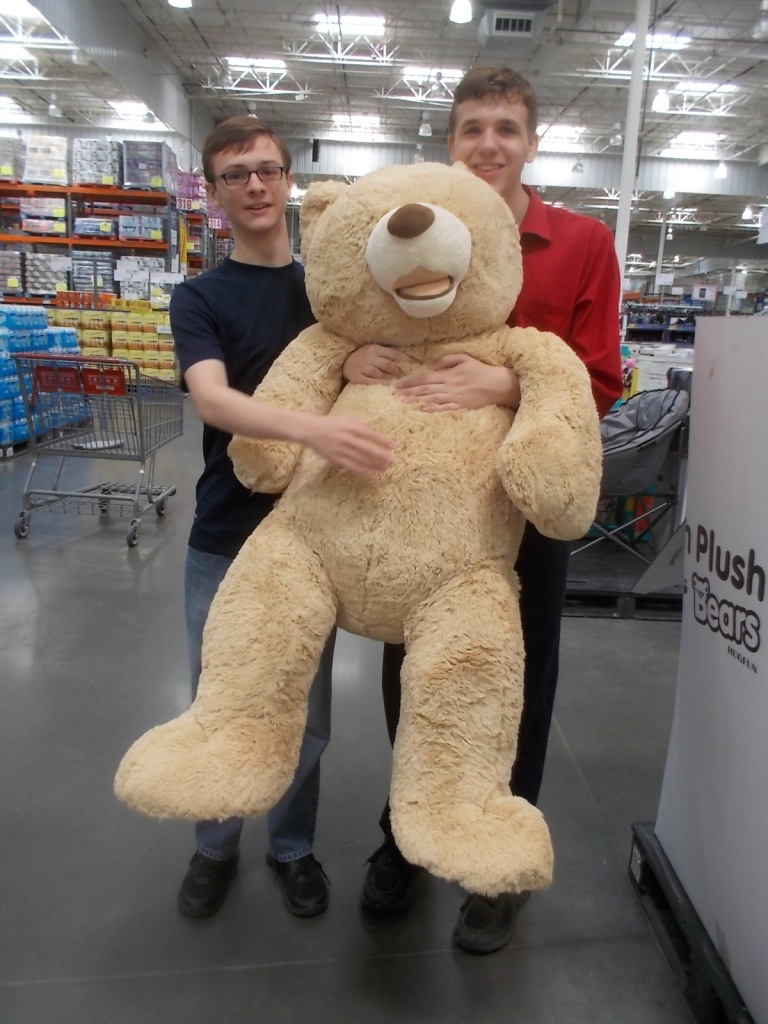 Bob talked about grilled Romaine lettuce and cooked some for us.  He cut it in half and sprinkled it with balsamic vinaigrette and steak seasoning.  It was surprisingly good, though a bit peppery for us.

We hadn’t been home for long when Nathaniel took a marshmallow gun across the street to show it to Logan.  Old boy entertained young boy for an hour or more outside.  I came back in after getting a few photos.  As I walked past the door, I saw Nathaniel aim at a bird.  Of course, the bird was in no danger, but I wondered what the scene would have been like if Nathaniel were sitting in a city park filled with hungry pigeons.  He could have been the endangered species there.