Neighbor Connie knew John was away and, as a special treat, took me to the Smokey Mountain Coffee Roasters Cafe. We’ve lived in this area twice as long as she and Dave, but they already know the best places to go. I followed her lead and had a frozen mocha, a heavenly iced coffee topped with whipped cream. We settled at a small table in the back and talked to our hearts’ content. A few customers came and went, but I was doing what I liked best, visiting with a good friend. Connie has lots of excellent stories to relate, and one tale led directly into another. I asked how many times they had moved, and the answer was eight, twice as many times as we have. She worked at many different places through the years, something that would not have appealed to me but suited her thirst for variety.

I had no idea what time it was. Both our husbands called us on the phone, one perhaps looking for his lunch. We brushed them off like flies and continued my vacation day. When Connie looked at her watch, I thought she was surprised. I was shocked when she repeated the time. We had been there talking nonstop for six hours when I thought it might have been two or three!!! How could time go by so fast?

I took a souvenir picture, trying to show Connie’s face and the bags of coffee beans waiting to be roasted. The roasting machine is also in the background. It wasn’t a good likeness of her, but it’s the only one I took. We had confined our conversation to good things, but just think if we had gossiped, we might have roasted those beans right in their sacks! 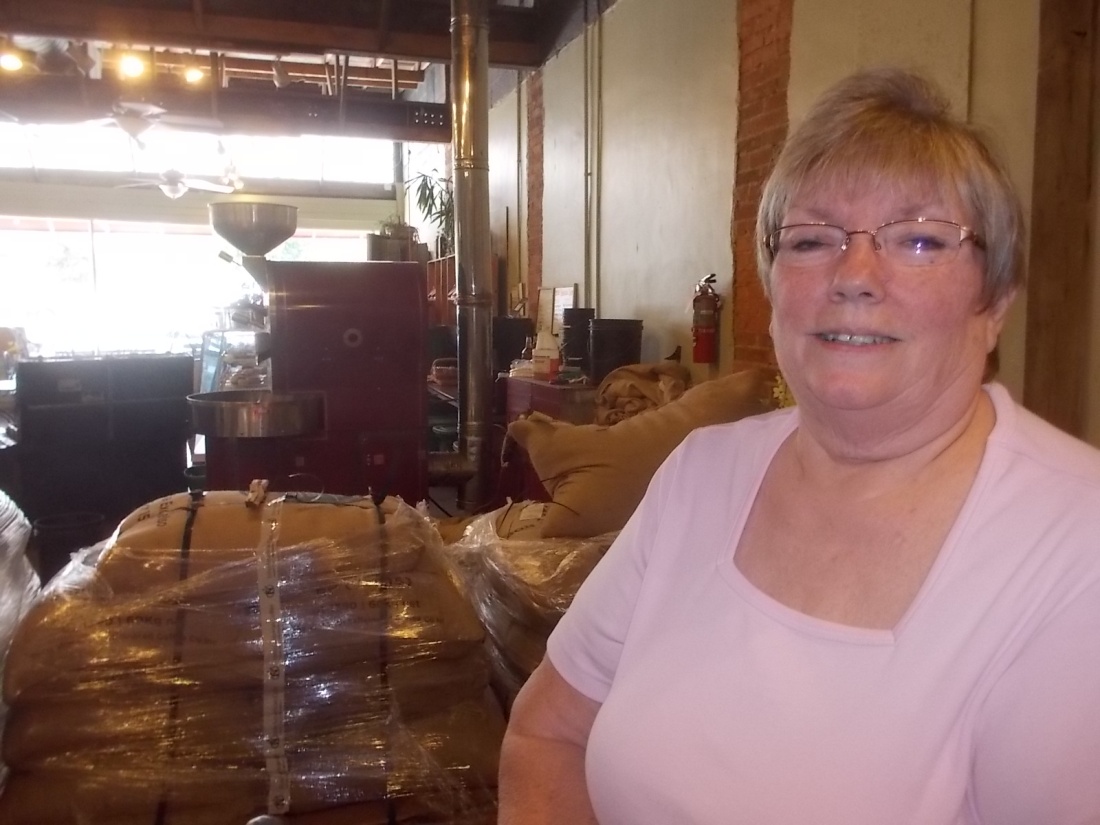 11 thoughts on “A Coffee Vacation”

Diary Of A Church of England Country Vicar's Wife
ThatTravelLadyInHerShoes