We went walking with Abigail Adams and Dolly Madison this morning. Yes, for real! They let us call them Abbie and Dolly. There wasn’t a hitch, although there were two leashes involved.

Neighbor Shawn had her second knee replaced this morning. Bob brought Logan over as they left for the hospital, and we had about an hour before taking the boy to the school bus. It was a lively hour. We had breakfast with son $, who was using our place as his base for a camping trip near Purchase Knob. That is one of the mountains we see from our house. After breakfast we did a half-morning walk with the dogs, almost to the stop sign.

We knew years ago that the way to meet people in the neighborhood was to have a dog or children. Today we had the dogs, and we met a neighbor while we were out on the road. The red van stopped, and the people inside said they didn’t know we had dogs, having never seen us with any.

“They aren’t ours,” I explained. “They belong to the neighbors across the street.”

At that point, my Southern manners failed. I knew who the passenger was, but I failed to introduce us. Rats! Undoubtedly, Angie knows our names from the good old Southern grapevine, just as we knew hers. When she heard why we were walking the dogs, she said, “Please tell Shawn that Angie hopes everything goes well for her.”

As soon as the car stopped this afternoon, Logan jumped out and streaked home to let the dogs out. He went right to their food, put some in each bowl, and added just the right amount of water. He walked the dishes carefully back to the crate without spilling a drop. 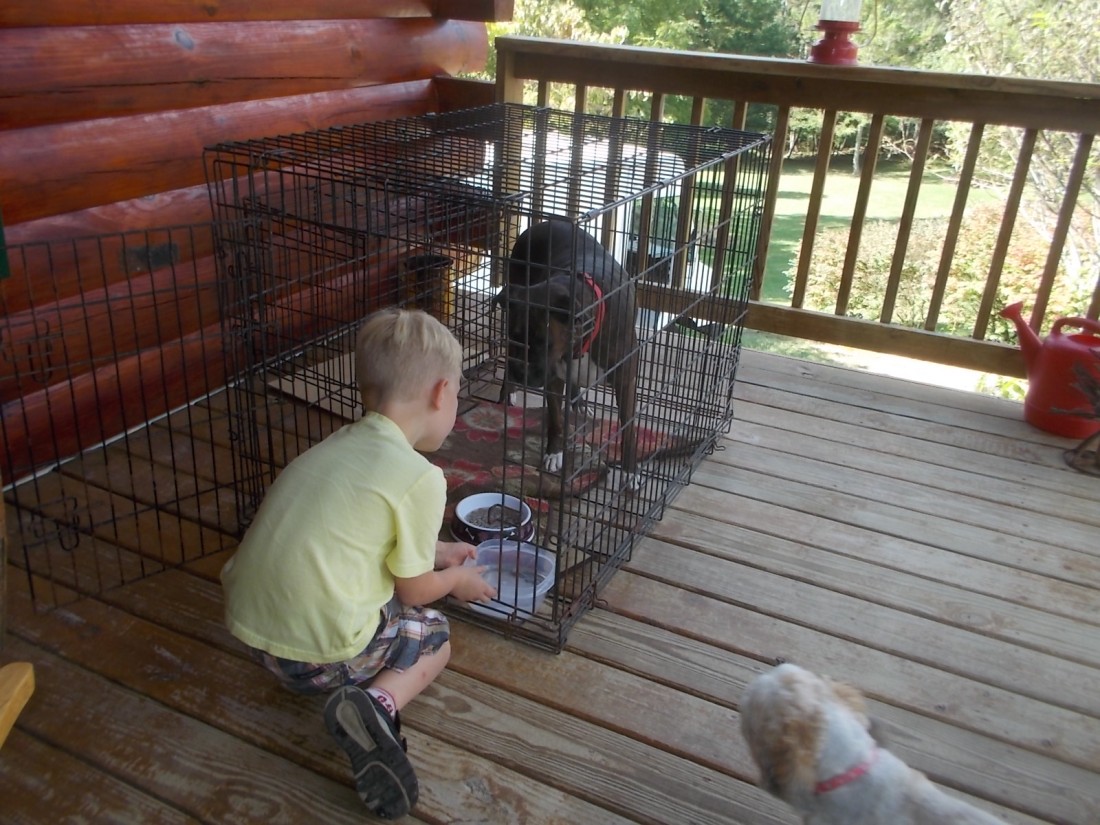 Logan said he got pink at school, meaning he was well-behaved. I was relieved. The other day he was over here asking for a snack, and he said he would love a cupcake with chocolate icing. We never have cupcakes on hand, but I made a dozen today. They were up high where he couldn’t see them, along with the square cake from the leftover batter. If he had been naughty, he wouldn’t have gotten one.

14 thoughts on “The Presidents’ Ladies”