We opened gifts on the 26th after grandson Nathaniel walked to the creek with us and ate breakfast. It was wonderful to be in no rush. I took one photo of my heroes as they were admiring some of the Danish gifts their Aunt Lise had left for them. You’ll note Nathaniel was wearing a trench coat and had not yet gone in the phone booth to change into his super guy outfit. Grandson David had already donned his blue cape and was ready to fly to someone’s rescue. 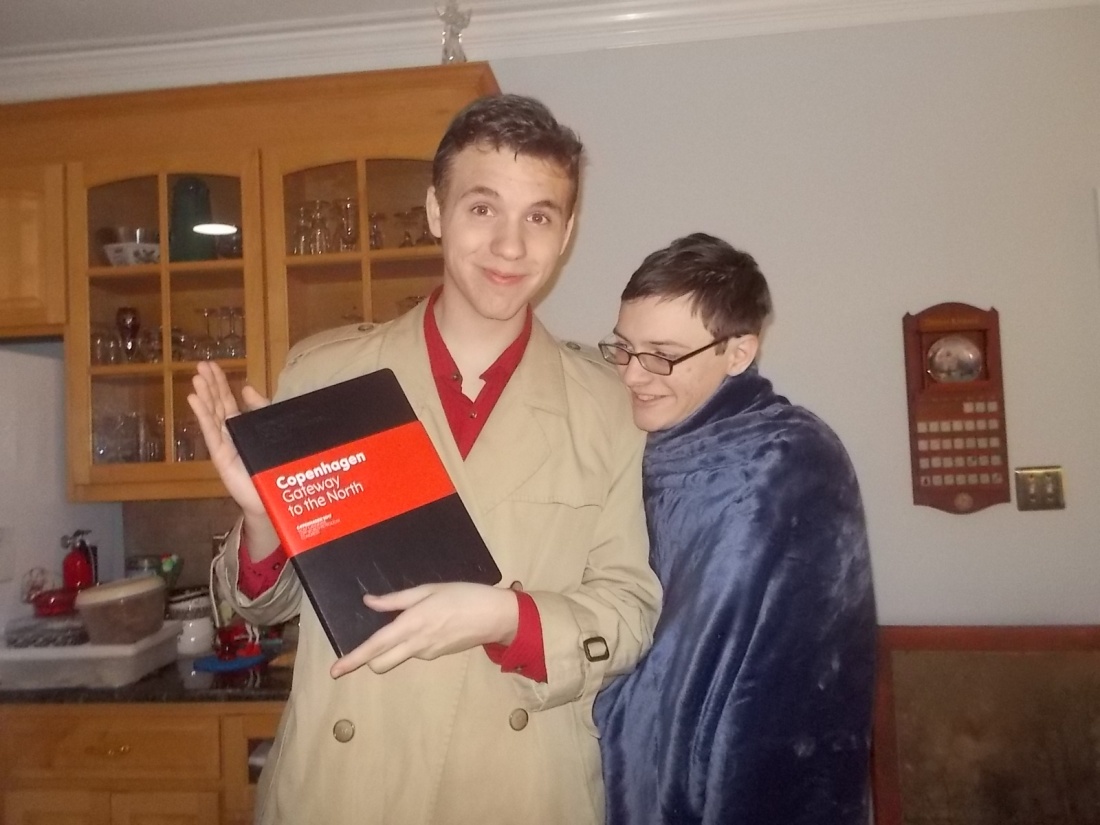 On the third day of Christmas, David walked with us while Nathaniel stayed home. Since we are still in a drought stage, there was very little water coming down the mountain in the tiny stream called Park Branch. David got as close as he could to listen for some telltale gurgle. 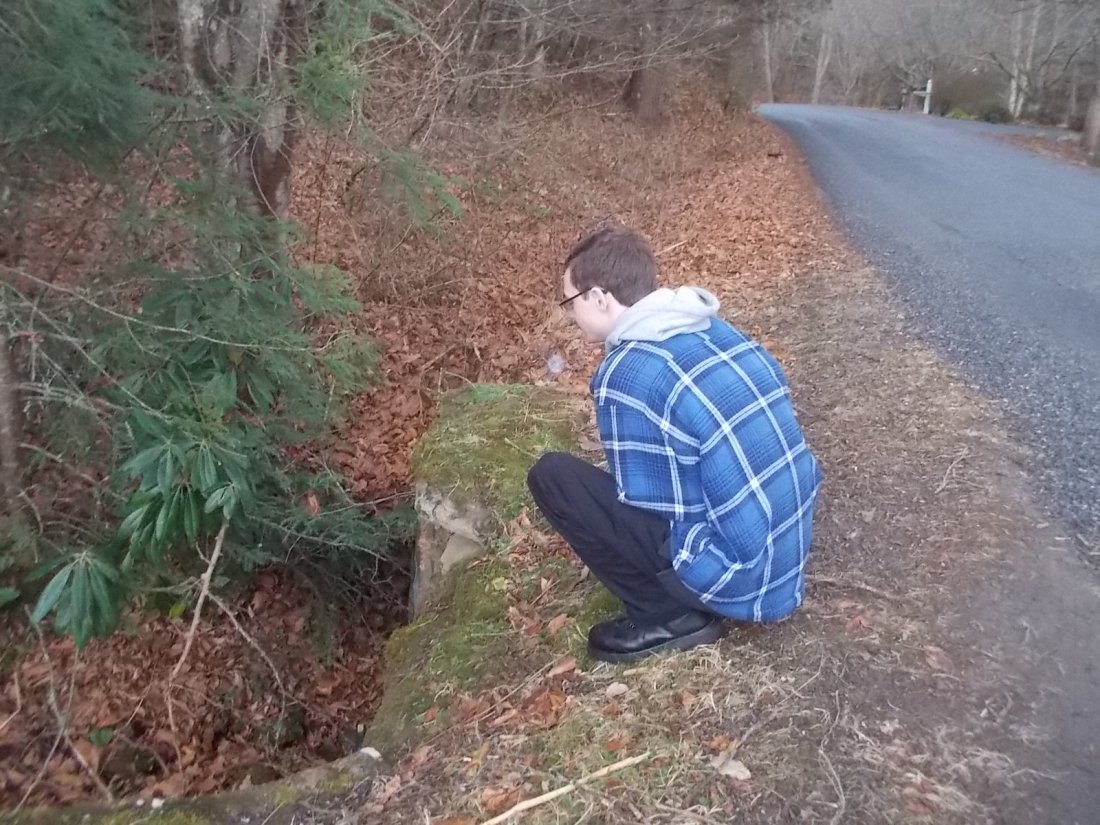 A few steps later we were looking at a rainbow that ended at Joyce’s house. 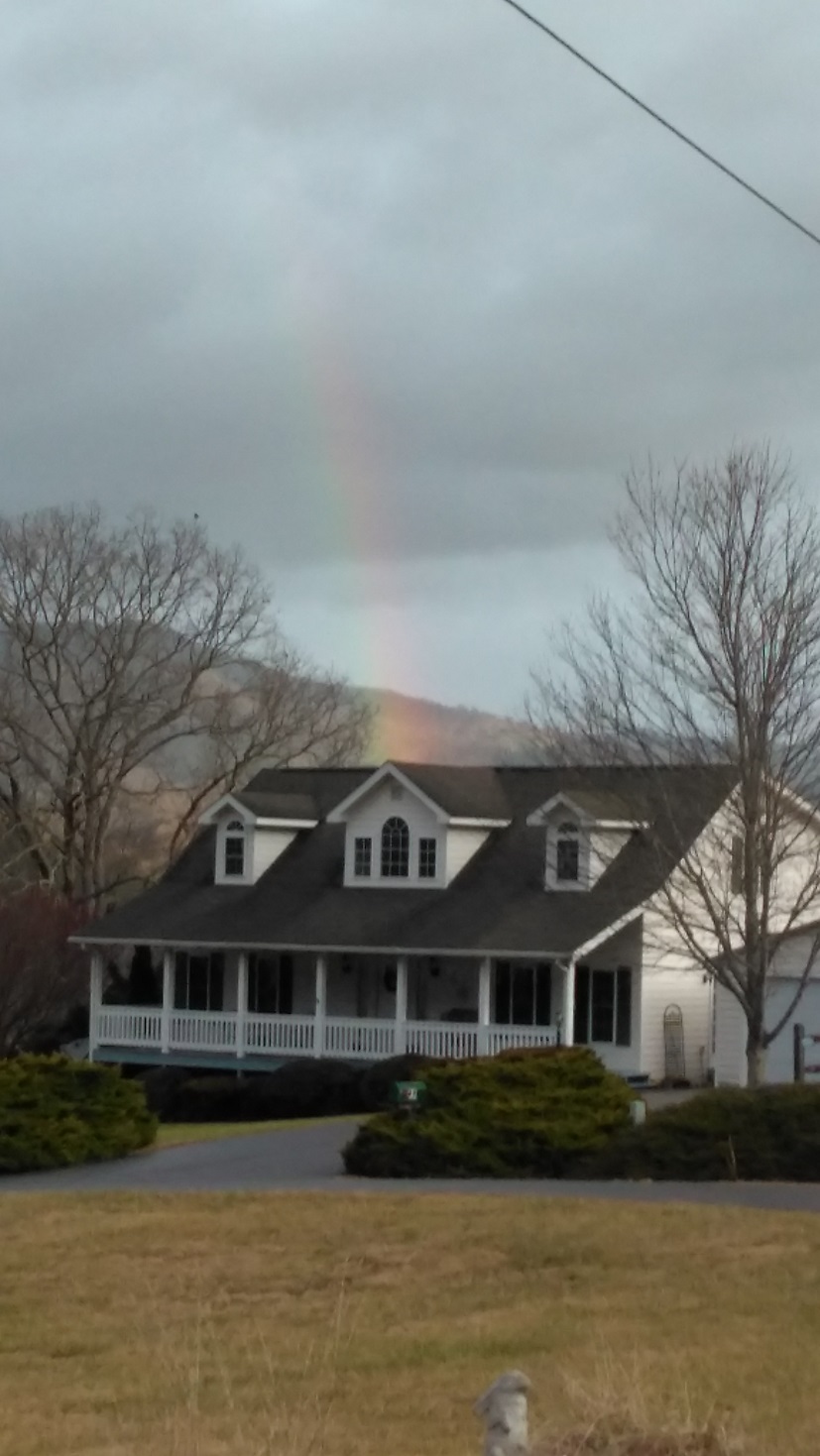 When I sent the photo to her that afternoon, I said, “Guess where the pot of gold was. Too bad you weren’t home.”

She replied, “Oh! I’ll have to dig in the yard! Maybe it’s still there. Thanks for the pic!”

Her comeback was quick, “No thanks. I can do it myself.”

You can’t beat having neighbors with a sense of humor!

The boys went with us to shop at the supermarket, and then we had barbecue for lunch. They were not always fans of this Southern fare, but they are converts now. Nathaniel likes walking about picturesque towns, so we drove to Dillsboro. The boys posed with a big tree outside an empty shop and hopped on an old shoeshine stand on a porch. 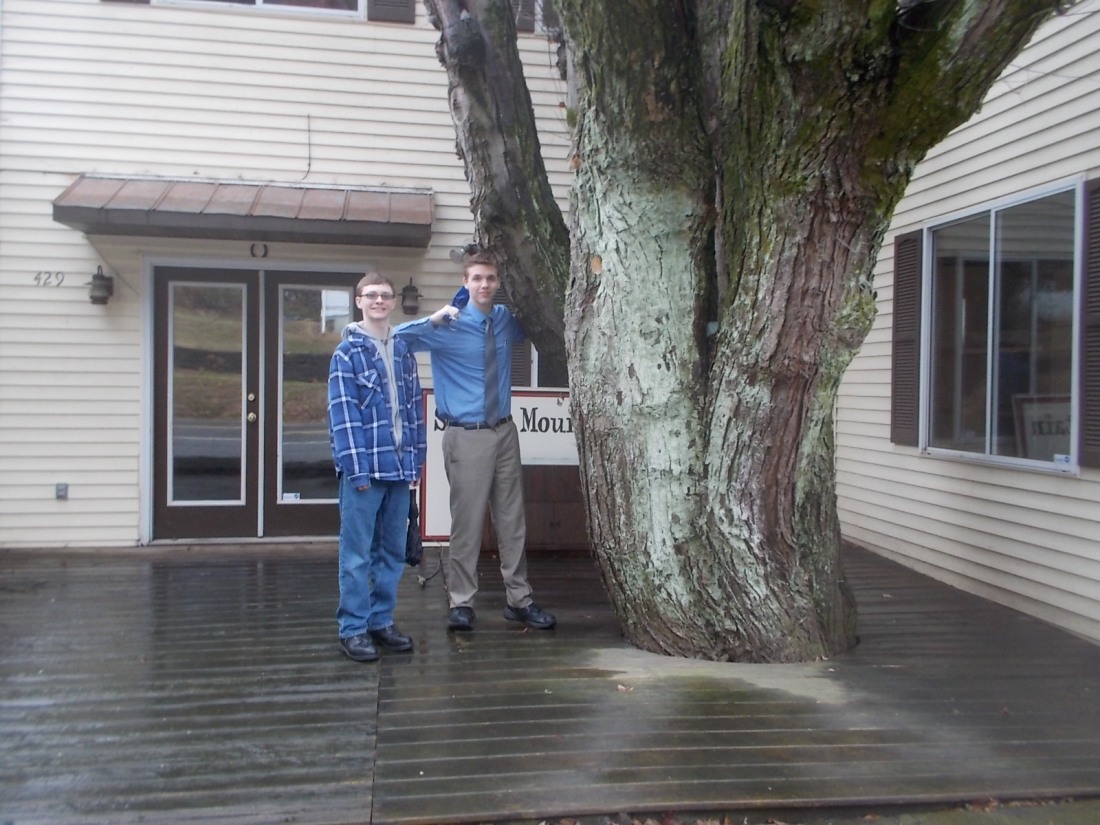 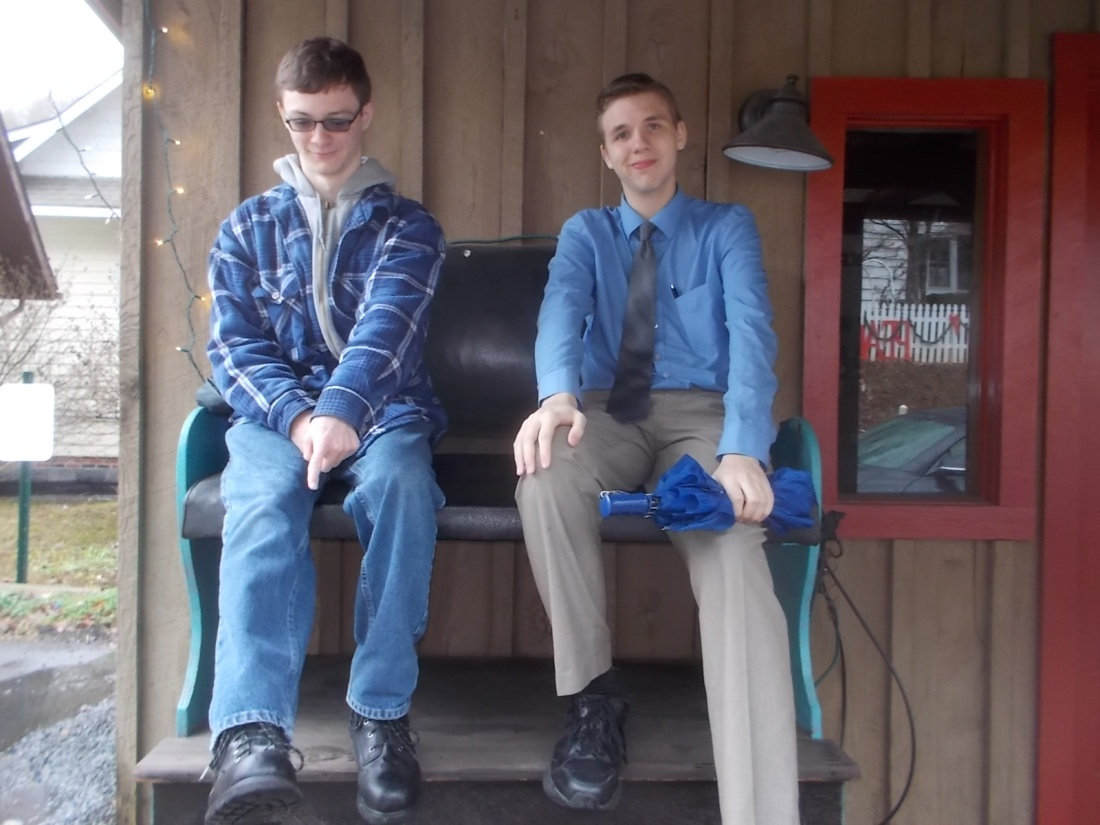 We enjoyed going to the chocolate factory, a gift shop, and a junk shop. The one who was feeling ill enjoyed the public restroom. Coming back through Sylva, we looked for neighbor Marla’s bike shop and popped in to say hello. I should have taken a picture, because the shop was most impressive. There were bikes and gear filling the large space. I commented on the new bike smell, which is mostly made up of rubber. Marla doesn’t smell it any more unless she has been away from it for a few days. It is not quite as expensive as the smell of a new car.

We did quite well on a rainy day, I thought. We still have our souvenirs from the chocolate factory to look forward to.

11 thoughts on “Second and Third Days of Christmas”