There were things my mother did when I was growing up that I swore I’d never do. For one, I never wanted to brush a daughter’s hair out of her eyes. I don’t think I ever did that, though Lise or Kate might contradict me. There are other things that didn’t matter, and I found I wiggle my fingers to turn a ring around just like my mom. I presume her rings were a little too large, as are mine half the year. In the summer, mine fit. You find yourself saying things she said such as, “We’ll see.” I’m guilty there, and Lise hated it. Do fellows do that? Do you avoid doing something your dad did or said and find yourself following in his footsteps?

I laughed at myself when I realized I was turning into John’s dad! I was reading the AARP Bulletin, which has slippery pages with a pinked edge. It is almost impossible to turn those pages that tend to stick together and hang up on the ragged edge.   Though written for retirees, it is NOT old-age friendly. Dad is the only person I ever saw who blew on papers to separate them. At my young age, having had no problem turning pages, I told myself I’d never do that. Guess what. It is quite effective! When you can’t get a grip on two pages, blow on them at right angles, and they will magically separate. I’m ready to thank you for that, Dad (now in heaven), but I hope no one ever sees me do it. 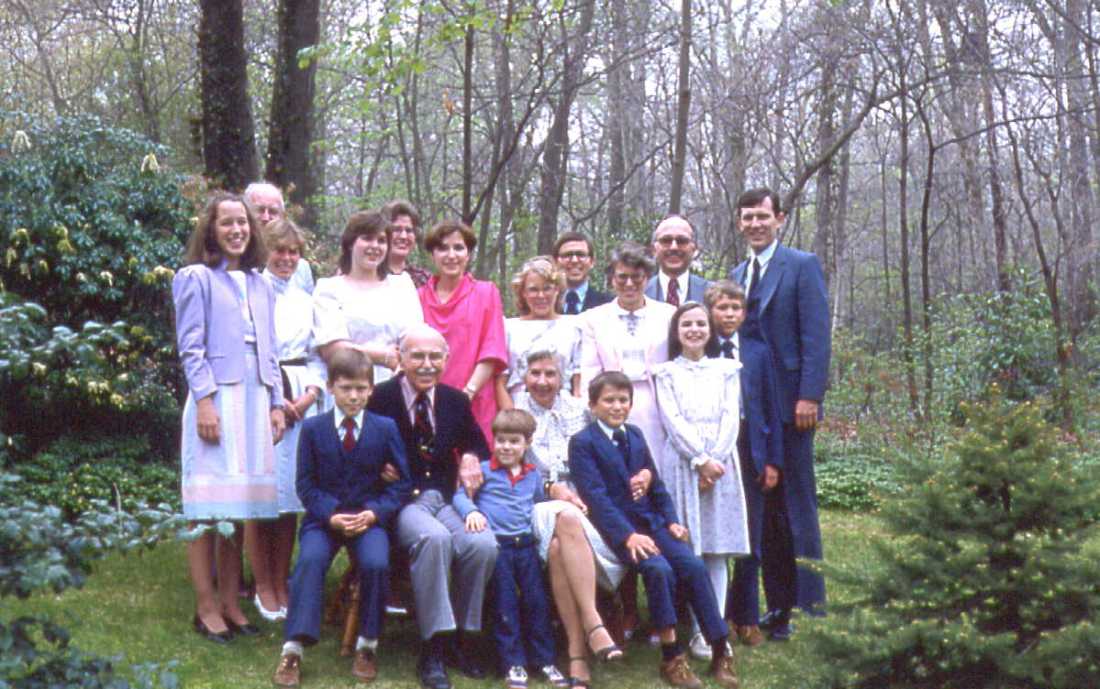 This photo from 1984 shows my father-in-law, Mom, and ALL their children, spouses, and grandchildren.  We were celebrating his 70th birthday.  I’m hiding behind the pink dress, probably standing on something to appear taller.

27 thoughts on “Becoming your Mother”