The day grandson David arrived, he did something many young men do. He opened the refrigerator and peered at the food. His eyes lit up when he saw the bowl of chicken and noodles neighbor Shawn had brought me. I very generously agreed to SHARE it with him. 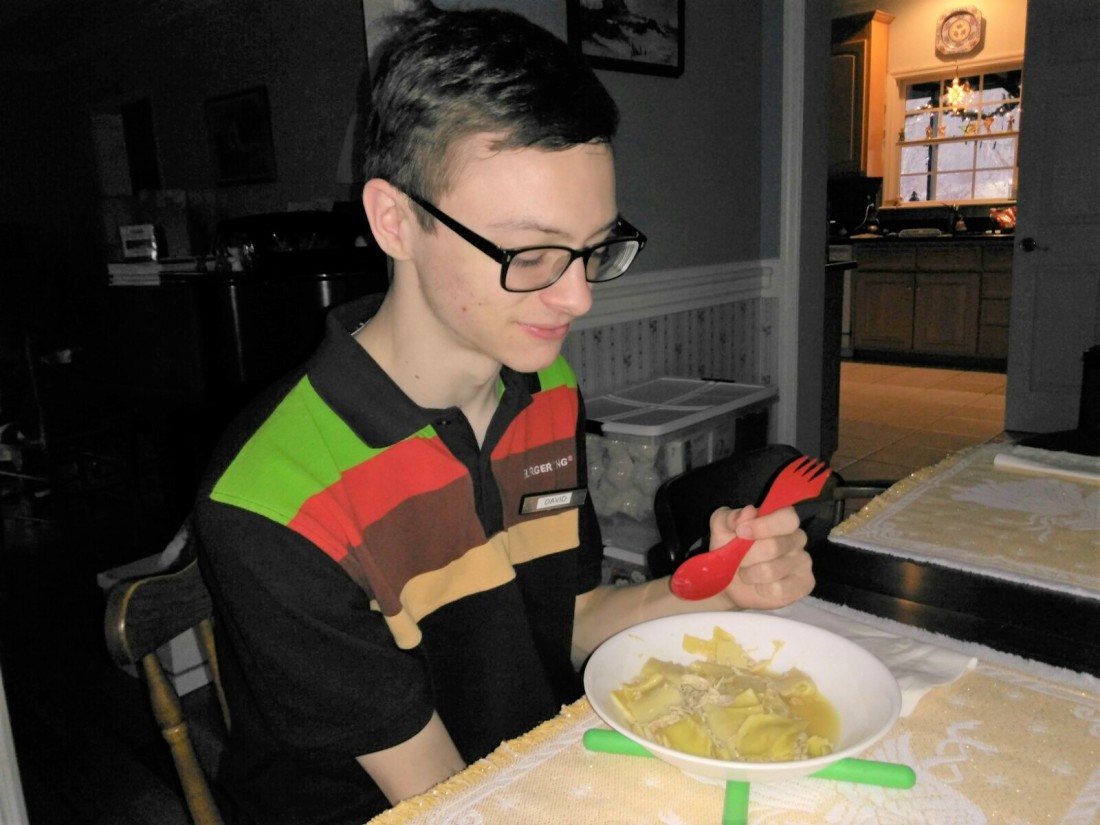 He made short work of that delicious chicken