With no one to please but ourselves, John suggested I look for a restaurant in Asheville to try something new. Late at night I copied eight names from the computer, knowing only that they were fairly close to the church and open on Sunday at noon. We found two downtown, but there was no parking nearby. The others were in the River Arts District, an up-and-coming area near the river. Many of the buildings were old warehouses, as rough inside as out. Gentrification is encroaching, and already poor artists are being priced out of the area. It was a good time to be there. Surprisingly, the eateries were not overflowing, like ones in West Asheville we had passed. Vivian was the name of the restaurant we chose. I’d say the décor was workman rustic or in-progress DIY.

Prices were thoroughly modern. I laughed when our food came, because it looked like the orders had been mixed up. The pretty, dainty souffle was in front of John. He wondered if he should eat the violets, and I said yes. The Newberg sauce on it raised the price to match mine. 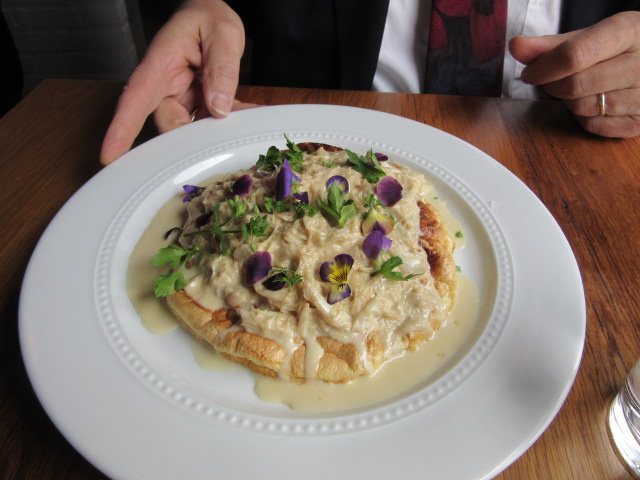 My plate held enough food to satisfy a workman for a full day. There was a large biscuit holding a big piece of crisply fried pork covered with sausage gravy. On top were two fried eggs. Oh, my! What a treat! 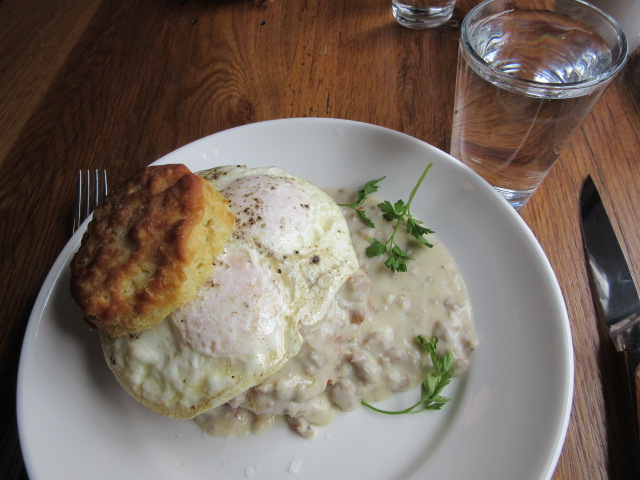 I made a mess before having the first bite. After I made the first cut, the knife handle slid into the gooey gravy. Ugh! I fished the knife out and realized no serving person was in sight. Wiping my messy hands with the nice cloth napkin didn’t seem proper. There must have been a restroom there, but I couldn’t have opened the door without consequences. The food was piping hot. I told myself to eat it and worry about clean hands and a pure heart later. I wrote on a blog today that I didn’t have gut instincts, but that was one, wasn’t it? It was the right one, too. John finished before I had eaten a quarter of my brunch. He agreed to eat some of mine until he hit a pocket of pepper, a food repellent for him. By the time I finished, the gravy on my hands had dried. The napkin did a good job without ending up a disgusting mess.

While I’m on the subject of food, I’ll tell you about our shrimp and grits. I think I have it down pat now, meaning it’s just as I like it. This dish originated in Charleston, SC. If shrimp were left over from the catch of the day, this is what the fishermen ate. I’ve prepared it many times since I first had it about four years ago. If you are coming for dinner and like shrimp, request this. Remind me I said you should. The sausage and hot pepper flakes will be served on the side. You can hold the bacon if you don’t go whole hog. 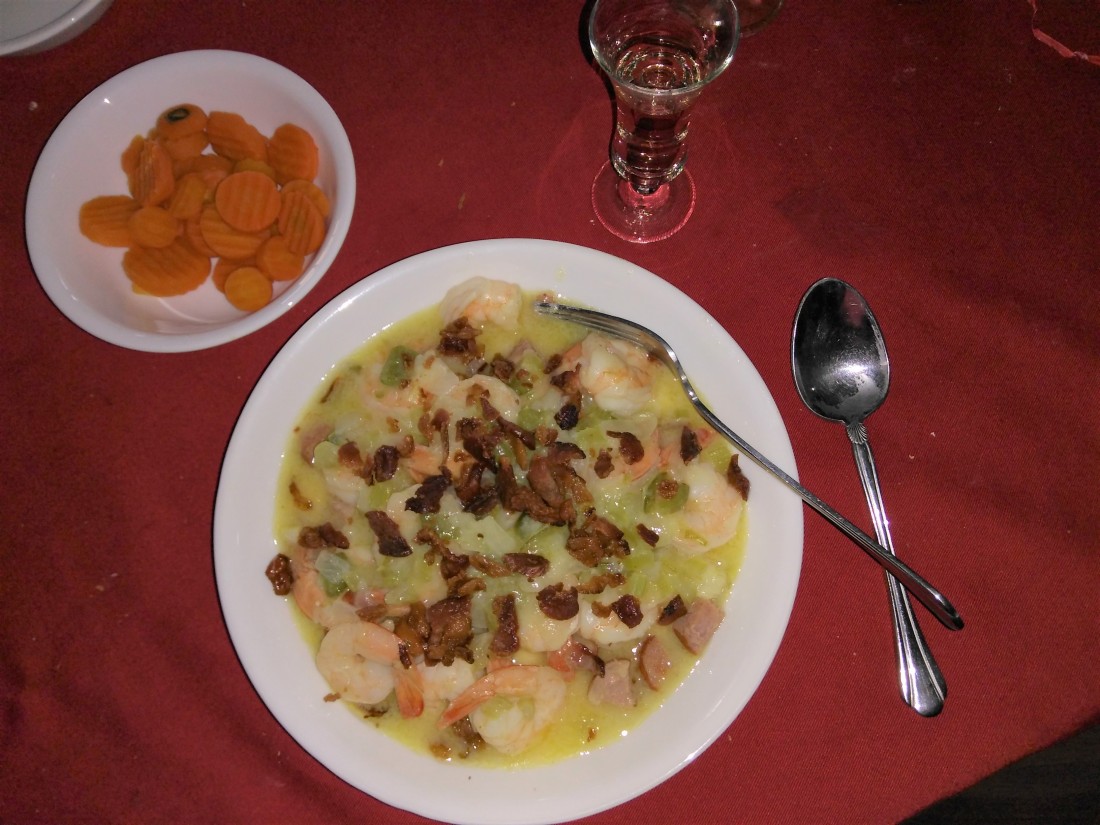 56 thoughts on “Fancy Food in a Rough Setting”

Diary Of A Church of England Country Vicar's Wife
ThatTravelLadyInHerShoes