As we walked near the firehouse, a volunteer fireman called a greeting to us. He was taking his boots and some other things inside. He teased us about exercising, and we began to chat. We like hearing about volunteer fire departments, since we know several volunteers. Two are named Dennis, one in Stony Brook and another upstate NY. My brother was also an active one when he lived near Charlotte.

This man said they had a busy week last week. There was a house fire with one dead, a car fire, and one other event that John and I couldn’t remember. When we showed interest, he explained that the house fire was probably caused by propane. They think the man accidentally turned on the stove without realizing it. John heard his soft comment that alcohol could have been an issue. Those were sobering facts, and we didn’t probe. John asked about the average number of calls per year. The answer was 700! That would work out to almost two per day! We may live out in the country, but we generate our fair share of emergencies. 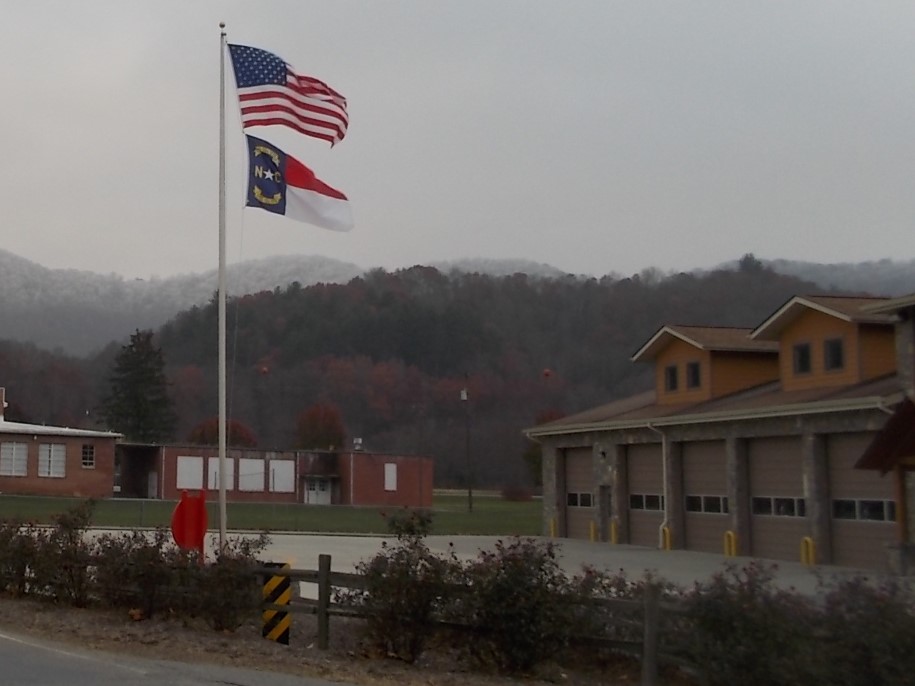 We walked home, appreciating our peaceful breakfast on the back porch. For the foodies – we had fresh-baked cardamom muffins and hot coffee.