October is my favorite month of the year, so it is appropriate that several pleasant things happened. We are always amused at neighbor Logan (8). As we walked toward his bus stop, he came running to us. In an instant, he bent down with his hands behind his knees and was making funny sounds. Something about his attitude made me wonder if he had been told not to do it. Still, it was very funny, and I asked him to repeat it for a video. His focus shifted to something down the road, so all I caught was the side of his head and a halfhearted squeezing of one knee. That may have kept us both from getting into trouble. 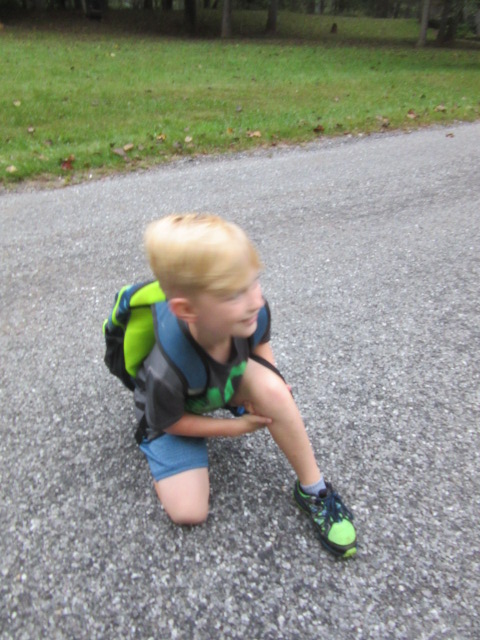 Our church had a special dinner honoring our pastor’s 35th anniversary of his ordination. We were told it was going to be special. What a surprise to find the gym transformed into an event tent by a tank parachute! Twenty-two of us were asked to bring a home-baked cake for dessert. I thought the instructions were brilliant. We were asked to cut our cakes into at least 10 pieces before bringing them in. The organizers knew there would be enough to go around, and all they had to do was put the cakes on a table for people to help themselves.

John knows I love day trips in the mountains, so we visited Weaverville north of Asheville. What a charming town! We went in a little shop that advertised antiques and food, a pairing that grandson Nathaniel would love. The proprietor handed round little cups of peach tea to six customers. I said we should have a toast, and a man near me raised his cup and said, “Here’s to a lovely afternoon for everyone!”

We looked in several restaurants as we walked up and down the main street, and we went in a shop that displayed pottery in the front and had potters working in the back. We knew we had hit the right spot for lunch at the Well Bred Bakery. Lovely sandwiches and pieces of quiche were displayed in large cases at the back, while the front cases had the most delectable desserts tempting us. We each had a piece of bacon-cheddar quiche and ate it slowly. Feeling satisfied, we chose desserts to take home. John took one of his favorites, carrot cake. I opted for a chocolate fudge cake to make up for not having the devil’s food cake I took to the church dinner. We ate cake instead of a meal in the evening and felt almost virtuous.