If I had known grandson Nathaniel’s pastry competition would be streamed live, I would have moved heaven and earth to find it. I didn’t miss it, though, thanks to grandson David. David was looking at his phone when Nathaniel’s dad posted the link on Facebook. David and I sat there with our eyes glued to the phone screen for the full hour. Oh! M

y! Was it exciting! This was the fourth annual Iron Chef competition for Johnson & Wales University. David helped me download the video and trim it, so we can show it to John when he gets home from the train club.  The pictures below are stills from the Facebook video

There were four contestants, one from each of the Johnson & Wales campuses. Left to right, they were Darius from Miami, Nathaniel from Charlotte, Alina from Providence, and Zoe from Denver. As soon as they were introduced, the clock s 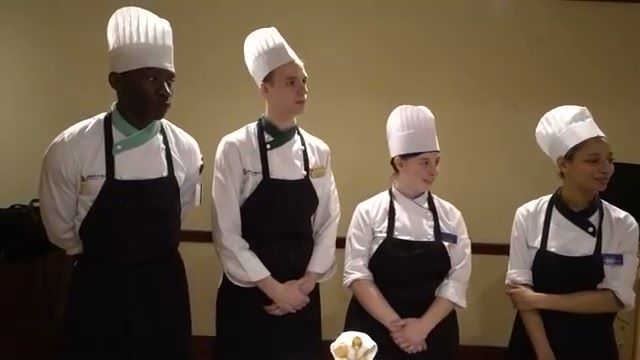 tarted. They had one hour to prepare and plate a dessert for the judges. I haven’t watched many cooking shows, but this seemed like some I had seen on TV. The MC chef moved around the kitchen, chatting with the contestants as they worked. This show was sponsored by Rich’s, so the students had to incorporate one product from that manufacturer.

It seemed to me that every time Nathaniel was approached, he responded well. The comment said over and over about him was that he was in control. What better thing to say about a person under extreme pressure! He kept his cool and finished his dessert on time. 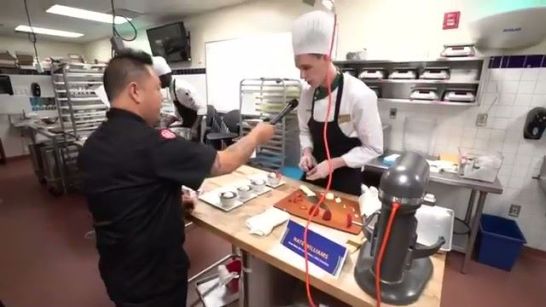 At the end, I expected the judges to critique the dishes, pointing out good and bad points. Perhaps because of time constraints, they skipped this step. The chef announced the fourth and third places. That left Nathaniel and Alina in the running, and they turned to shake hands.

Alina danced with joy when she won the competition. One had to be thrilled with her accomplishment. She was a fourth-year student with

experience, and she was extremely articulate while cooking. Her dessert was unusual and was presented impressively.

The official winner? Alina. First place for me? Nathaniel. He made individual molten chocolate cakes with a strawberry sauce, topped with fresh strawberries. I could almost feel that winning taste explode in my mouth. 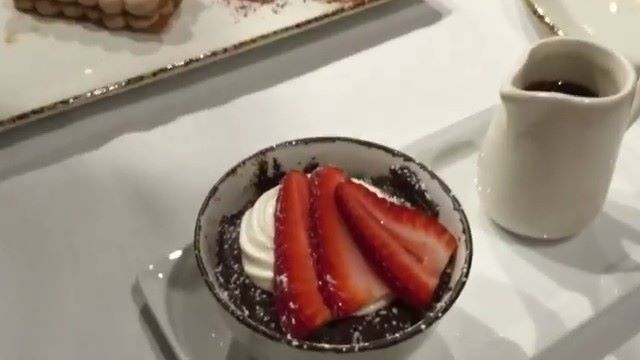 42 thoughts on “Second Place is Tops for Me!”