These are exciting times in our neighborhood. We began the day walking toward the sunrise and the dawn mist.

Shawn and Bob (our neighbors across the street) drove to Atlanta to pick up their daughter who flew in from Turkey. This would be the first time they would see their six-month-old grandson in person. The flight arrived in the evening, and no one could tell how long it might take to get through customs. Because of that, we kept their son Logan overnight. Fun for us!

We picked him up at the bus stop, and while Logan and John let the dogs out, I baked some chocolate chip cookies. We had our cookie break on the back porch.

The fellows played a few games of Chinese checkers before we walked the two dogs to the stop sign and back. Logan scrambled up a steep bank with dog Abbie, where he waved to a passing car.

As we walked, Logan wondered if he could go to a park to play. John was game, so the two of them went to the school playground to kick around his soccer ball. I prepared a jack o lantern meat pie. 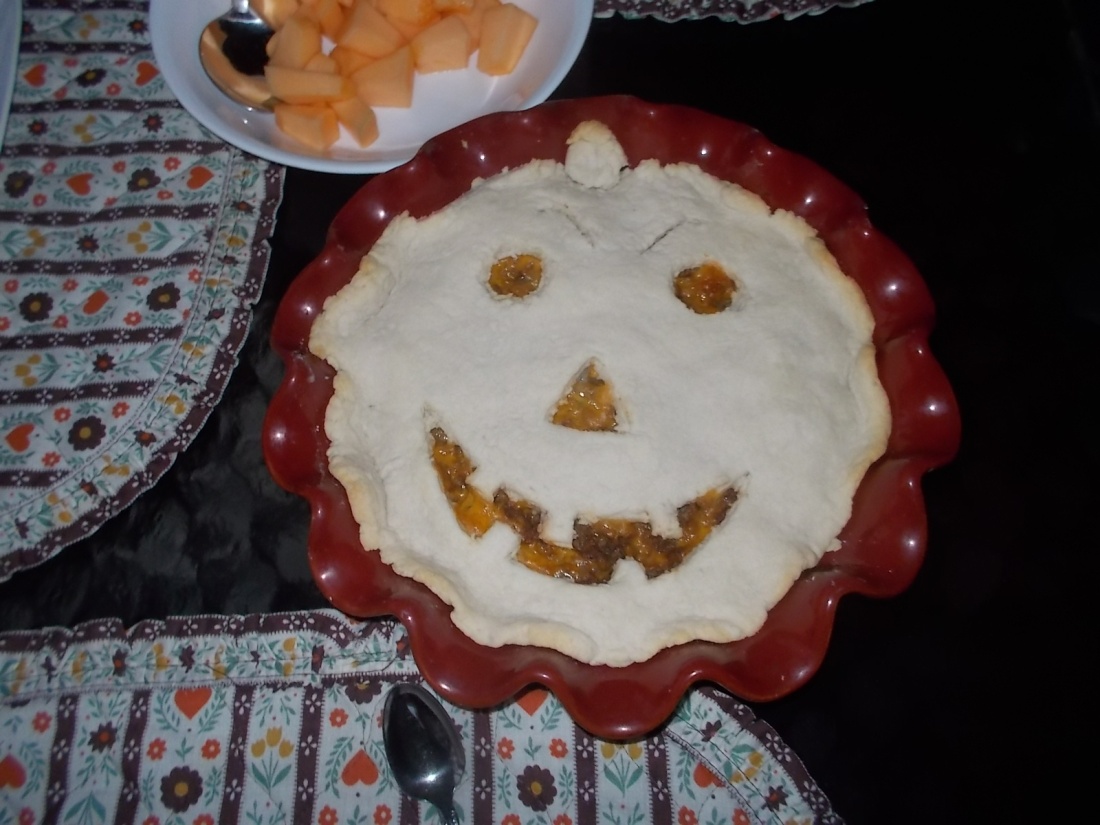 I knew Logan liked cantaloupe, so we had that and Snickers apple salad. He ate very nicely, taking seconds of the salad. Who wouldn’t? It had a Snickers candy bar in it! The recipe was on Food.com in a collection of Halloween foods. I cut the candy in such tiny pieces that Logan couldn’t pick them out from the crisp apple slices and cream cheese dressing. 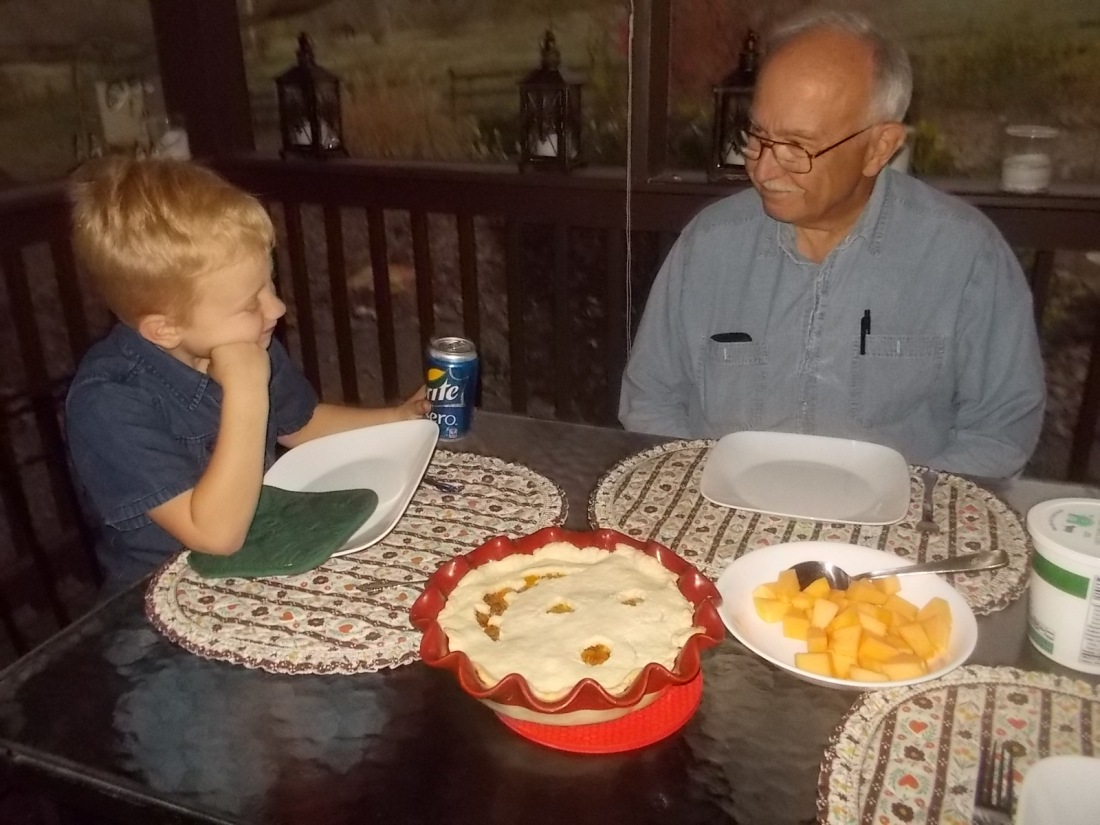 John supervised Logan’s shower, and I watched a television show with him before we put him to bed. The last time he was here, he began the night in the upper bunk bed and ended up on a recliner in my room. When given a choice this time, he chose the recliner.

24 thoughts on “Logan Spends the Night”