Neighbor Shawn recovered from both her total knee replacements quickly and returned the cane I had loaned her. It had been my dress-up cane in 2012, the one I bought when I thought I’d never walk normally again. I never gave it a strenuous workout. Shawn probably didn’t either, since she had a fast recovery. As I was leaving her house, she searched behind some coats and handed it to me with pretty words of thanks. With such a send-off, the cane seemed to come to life and wanted to be useful. Why not? It was a short walk across the street. I had to decide which hand to use. For those who have never used a cane, you need to know that a cane should be opposite the leg that needs support. In my case, the right leg is not as strong as the left, so I put the cane in my left hand.

Their wide, shallow steps were user friendly last week – with the cane, not so much. To avoid falling, I held it up on the last two steps. On level ground, or as level as you have in the mountains, I strode off down the stone-paved walkway. The cane seemed to lag behind. Once on the street and my driveway, it must have put on the brakes. What a stubborn little cuss it was! For some reason it deigned to help me up the stairs into the house, but I quickly propped it against a table and turned the camera on it. After that I stowed it in the umbrella stand before it could reach out and do damage. Maybe in a week I’ll pet it to show it a little love and kindness. 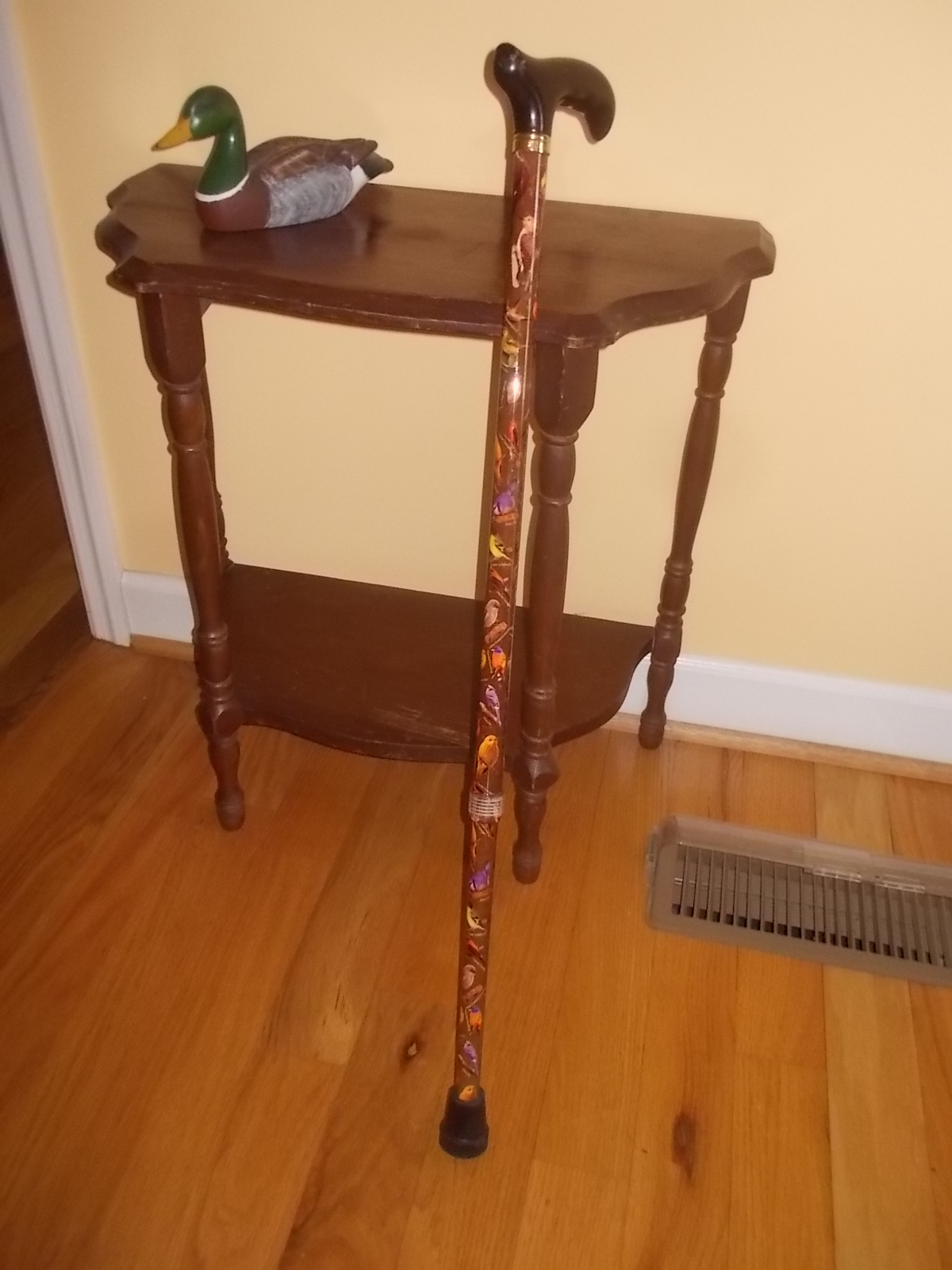 Here in the mountains, it’s good to be alert at sunrise and sunset. The sky can change in an instant, and you don’t have much time to record it before it is gone again. I stood and watched the one below for a minute or so before the sun moved on. I moved, too, walking to the creek in 58 degree weather. The wind would have done March proud. It was both gusty and gutsy.