Neighbor Logan begged to play with David, telling his dad it was the last day our grandson would be here. As it turned out, it was the last chance Logan had to be with him, because we were out the next two afternoons. The house was totally quiet for a few moments, then there were shrieks and a barrage of gunfire. These two cycles were repeated endlessly. Logan helped pick up the bullets before he went home, yet we were still finding them in odd places for days. You’d think all that hubbub would disturb us old geezers, but we loved it.

We spent half a day at the Biltmore mansion, always a pleasurable outing for us. David sees more movies than we do, and he particularly enjoyed seeing the costumes on display. Books that the staff knew George Vanderbilt had read were on display, along with costumes from recent movies of those novels. We had one photograph of David taken near the entrance. 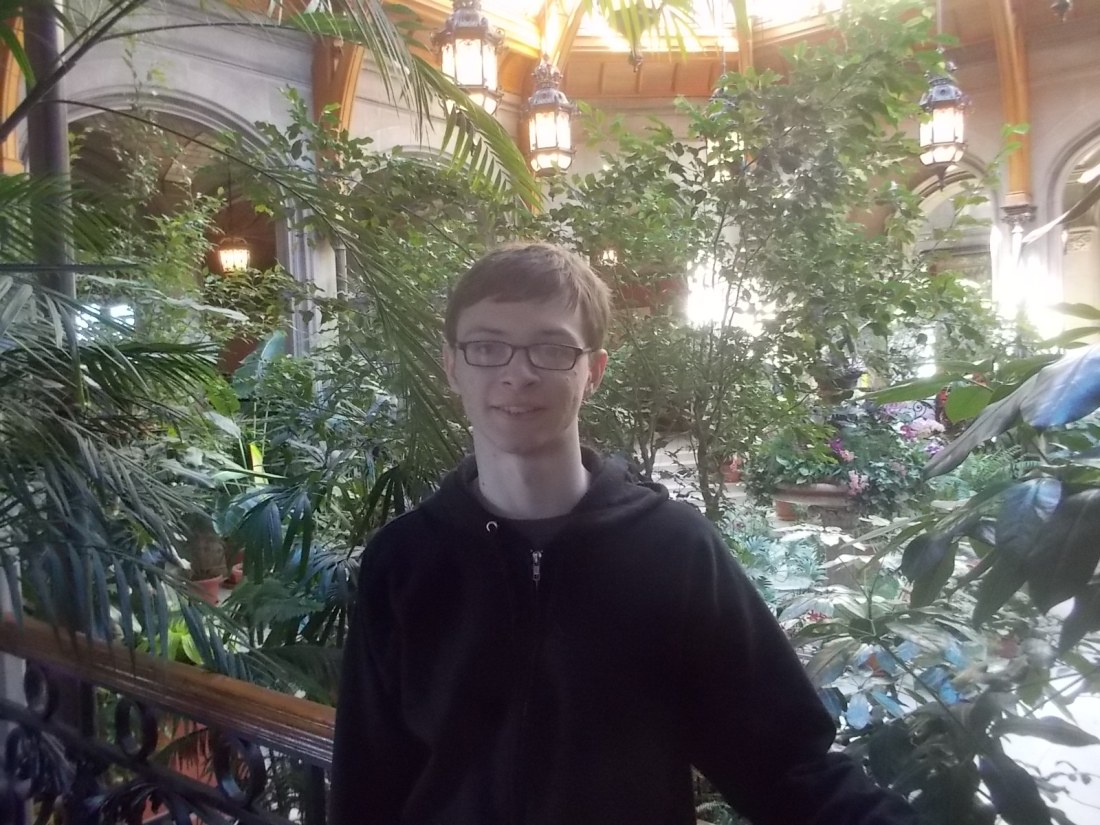 Because we had trouble with the car at the last visit, David did not see the greenhouse and garden shop. He loved all the orchids and borrowed my camera to take a photo of the bluest one he could find. In the shop, I lingered beside each water fountain until the fellows pulled me away with the promise of lunch at the Moose Cafe.

Another day I stepped outside to look at the daffodils and was surprised at how warm it was. While I talked to plants that were about to bloom, David began cleaning oak leaves out of the pool.

I was happy that both Nathaniel and David had one lunch on the porch. As I’m writing this, snow is falling outside my window as a teaser. It isn’t likely to stick until the middle of the night.

The day David was leaving, I asked him to pose for one closeup of his face. I needed one of each grandson to use as a desktop until they come back. 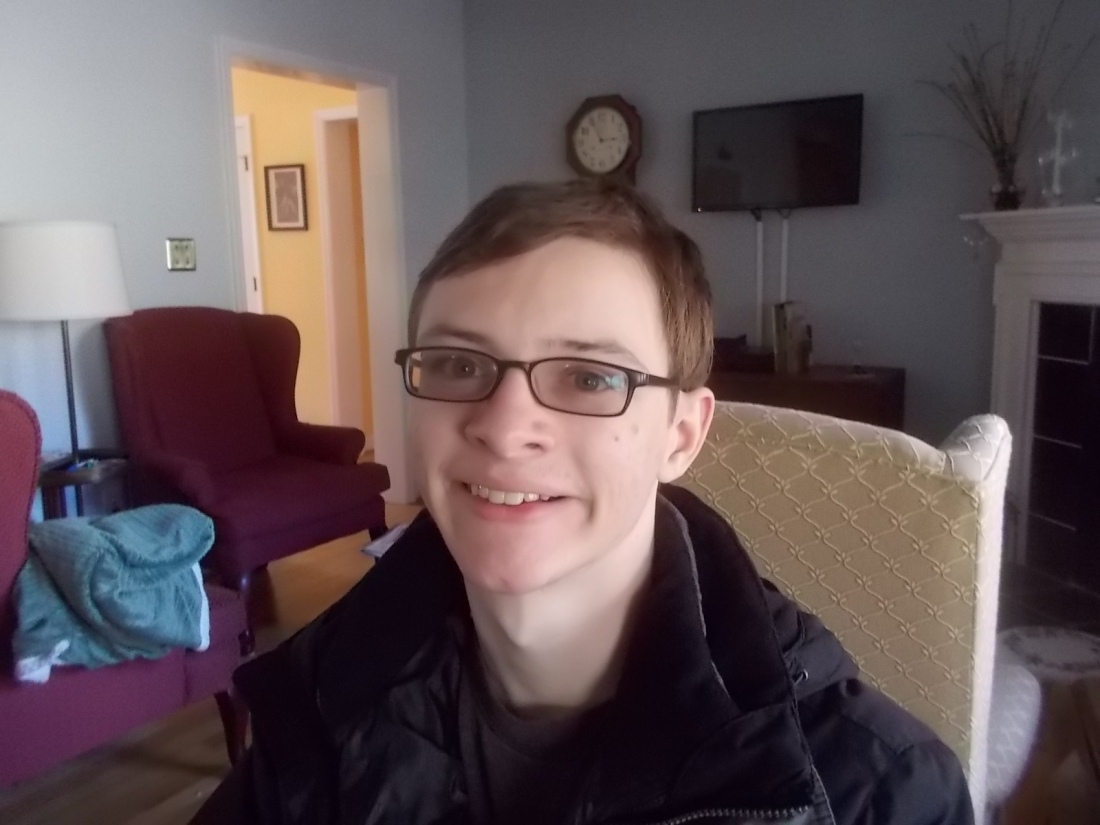 33 thoughts on “Nerf Warfare and Time with David”