For a few days around Father’s Day, all of our children and grandchildren except Lise were here to celebrate. Lise lives in Denmark and usually comes once a year at Thanksgiving. There aren’t many of us, but we make up for it with loud laughter. Nathaniel volunteered to transform fake crab into crab cakes, which we all enjoyed.

On Father’s Day, I persuaded (commanded) John to pose with our daughter and her sons for an official photo. 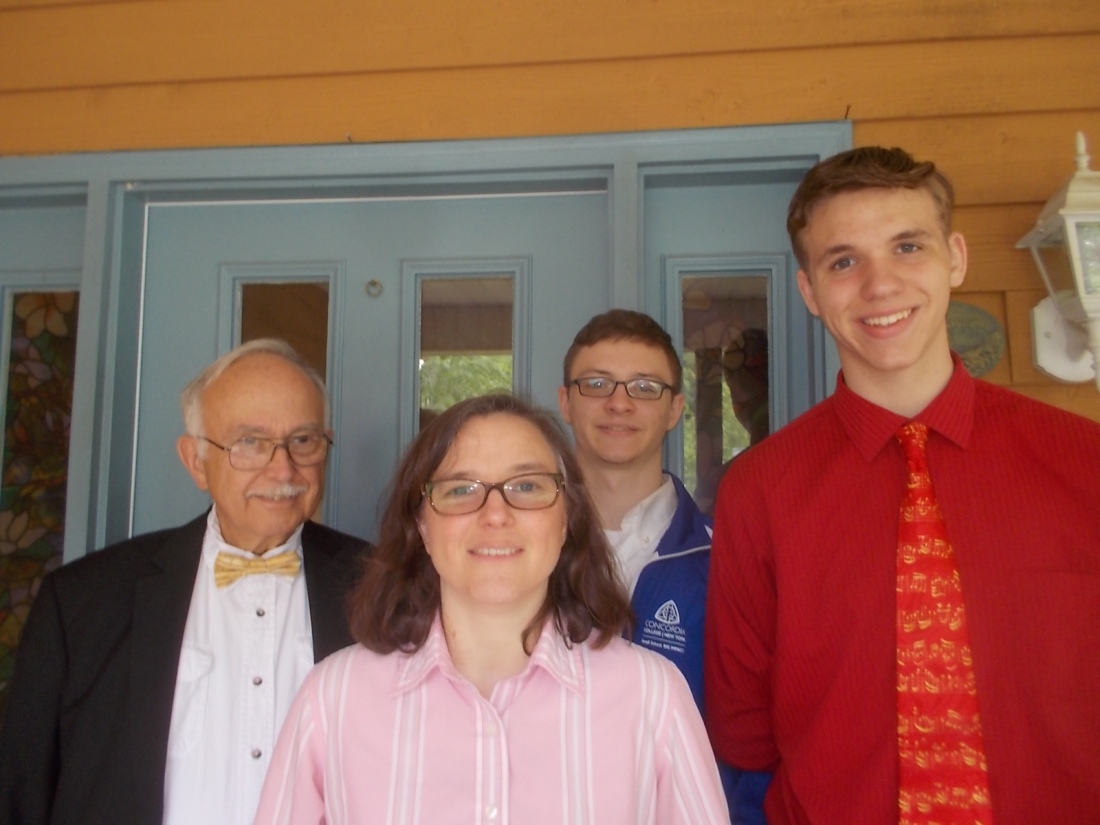 John had the day off from kitchen duties, so Nathaniel started the charcoal fire. He had slung his tie over his shoulder, reminding me of a mini-cape. He seems to have magical powers when he is around food. 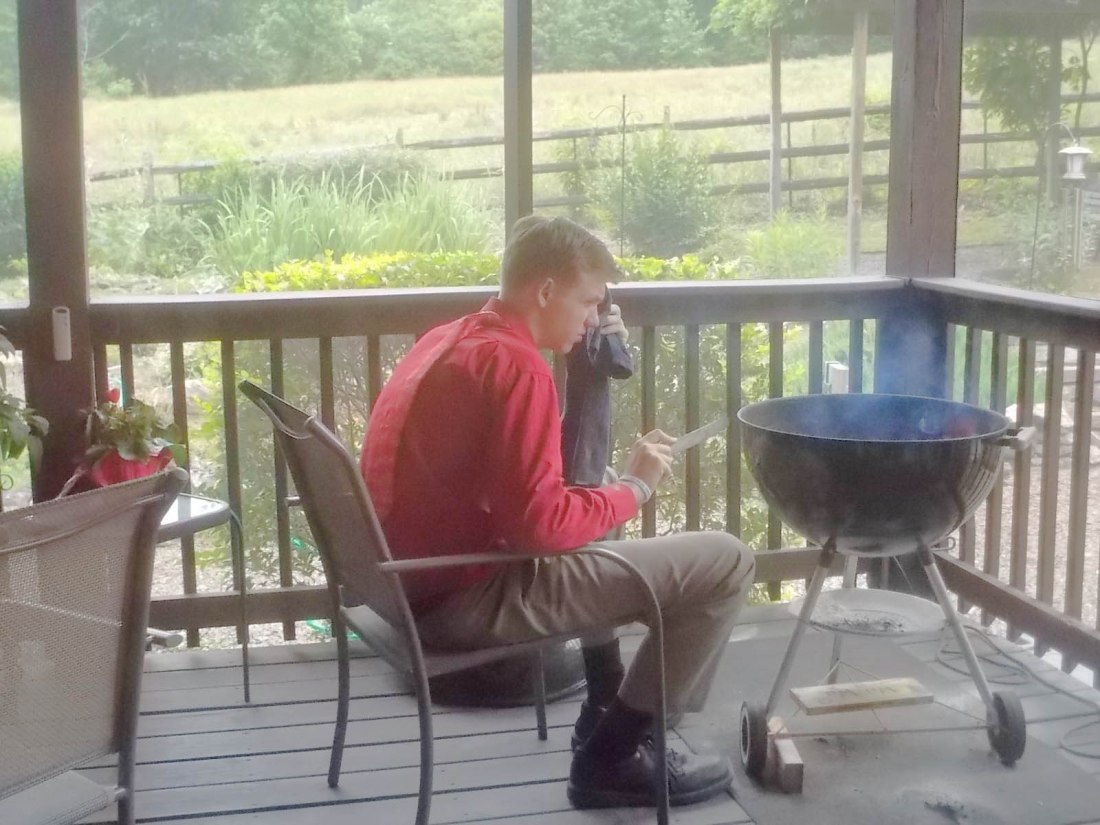 I took a photo of the self-proclaimed twins after they worked out the math that John and Nathaniel were now the same age. When John turned 70, he declared that he would revert to being 21 and take a year off his age with every birthday. He teased Nathaniel that when he regressed to being a toddler, Nate would have to push him around in a stroller. Before agreeing that Grandpa/Dad is now 17, the math people talked about calculating this tricky age. Word-coiner Nathaniel said they had to include “monthage” to be more exact. 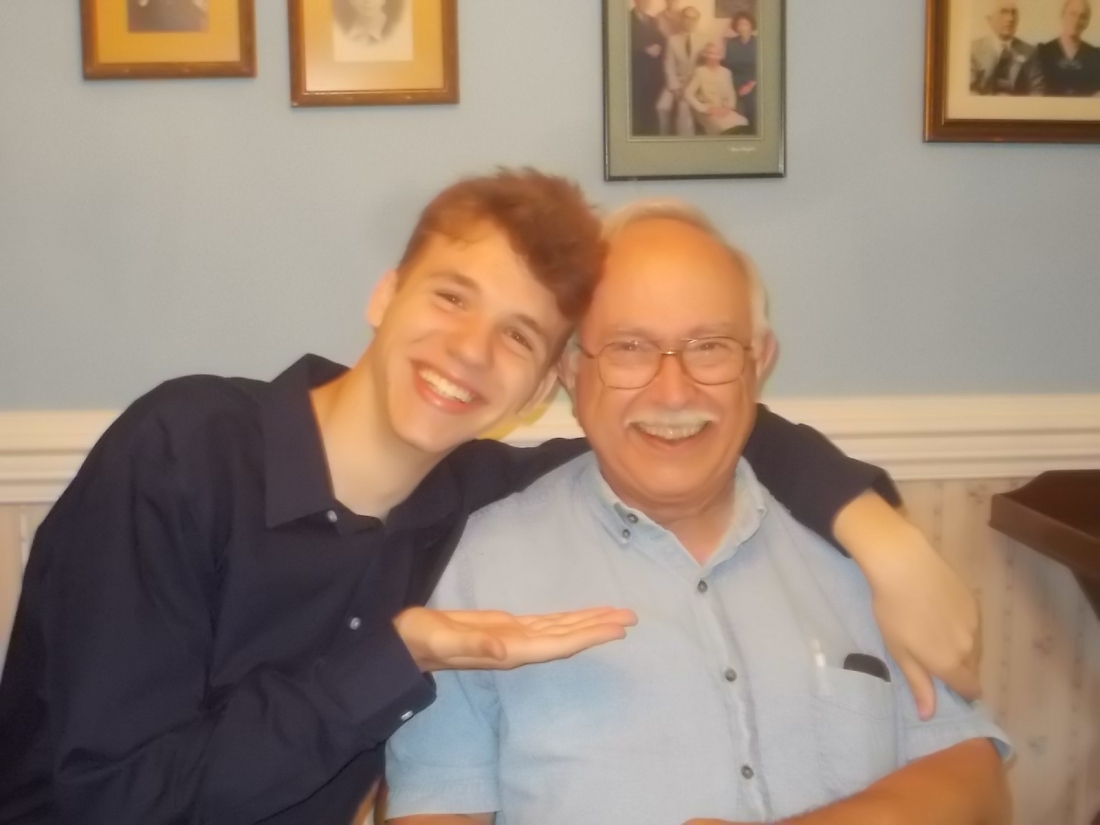 While David worked at Burger King, the rest of us went on the Blue Ridge Parkway. Son John $ guided us on a short detour to see the Lake Junaluska overlook. We were surprised that we could see part of Maggie Valley, the above-mentioned lake, the defunct Ghost Town ride, and the ski area in the valley. We see part of the ski run from the other side of the mountain when we take our morning walk. 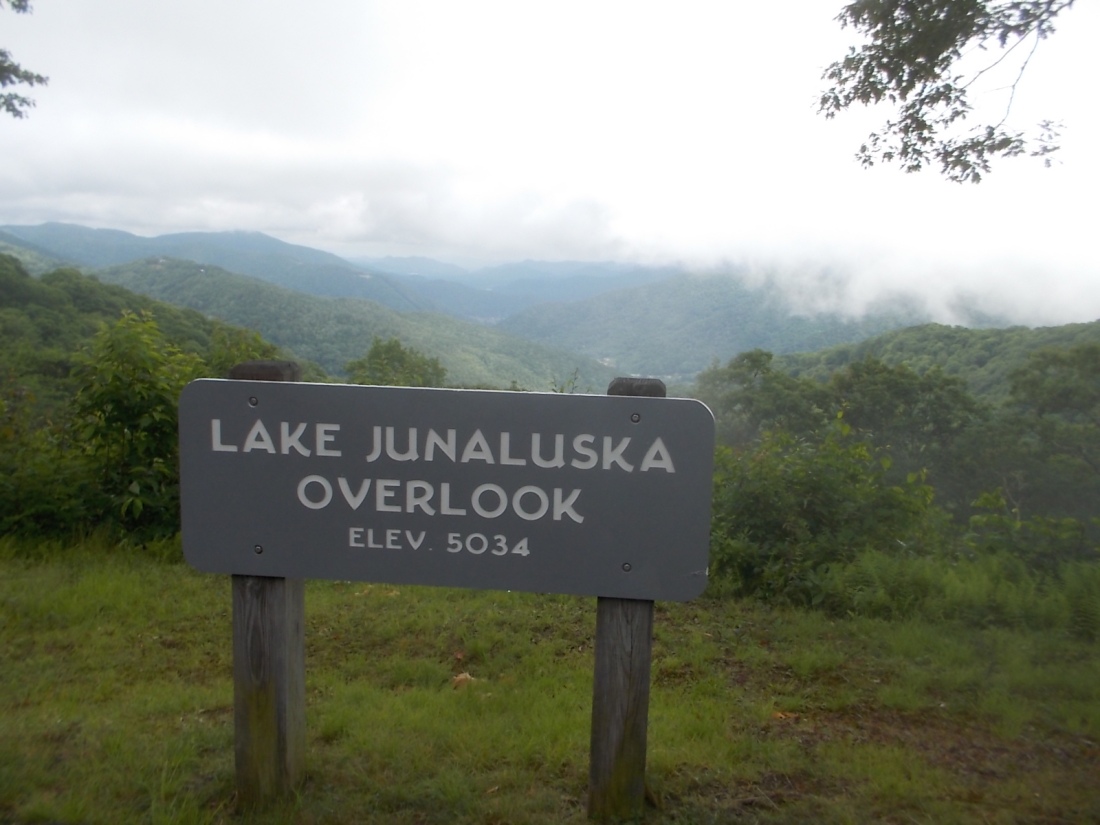 Nathaniel was not here for David’s birthday a couple of weeks ago. I heard him asking his brother what kind of cake he would like, and soon a deep chocolate three-layer cake was being frosted. 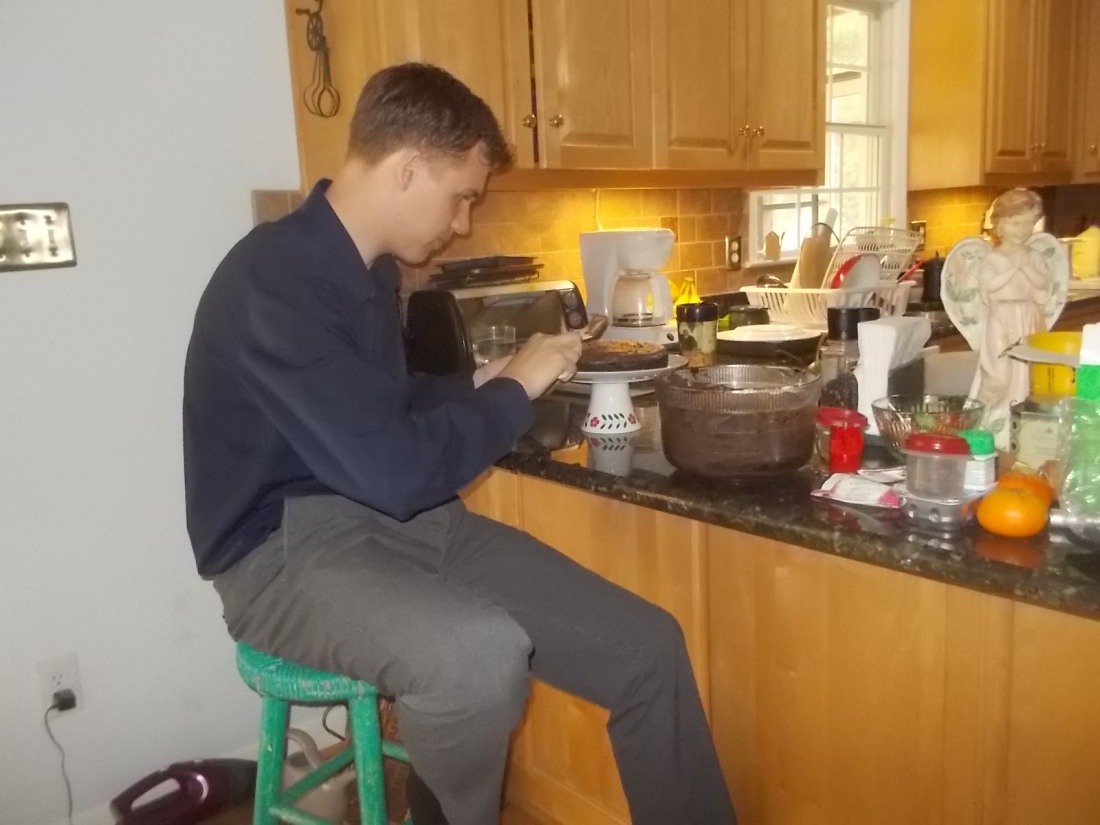 Can you tell that David was very pleased by the expression on his face? 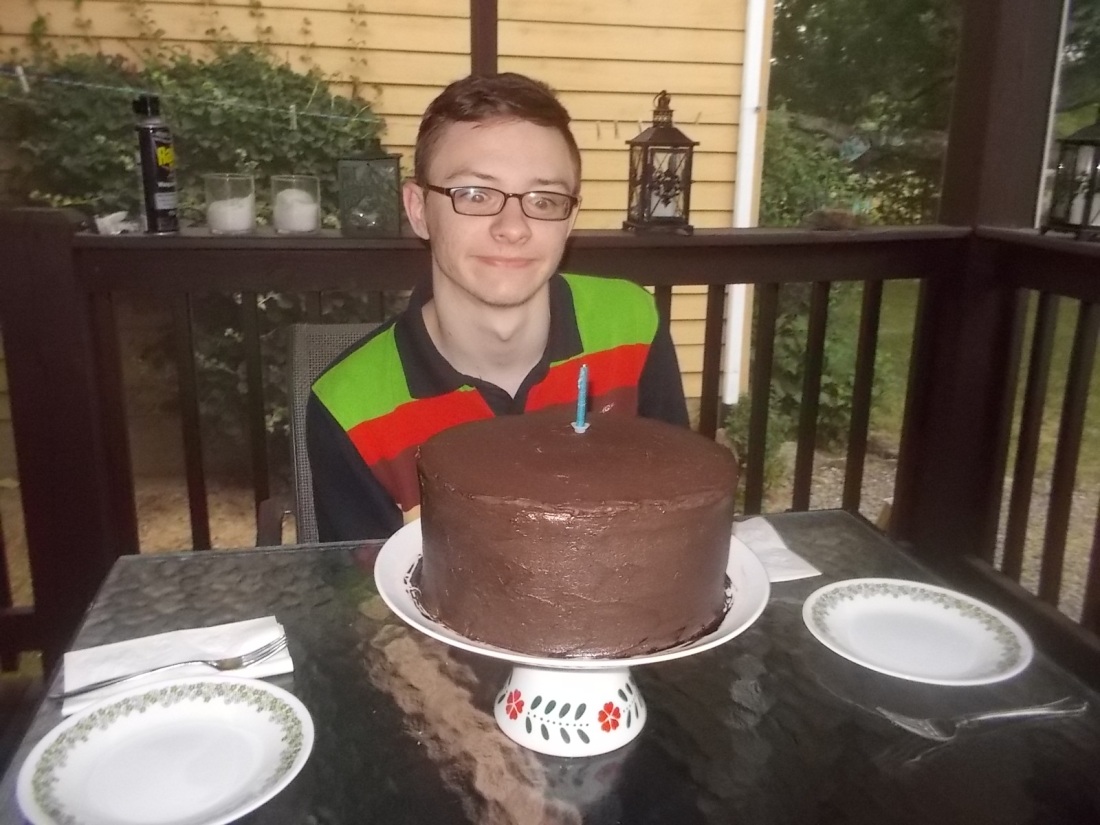 The cake was marvelous.  We demolished half of it at one sitting.