My brother Bob and Beth zipped across the state to see our grandsons before the summer got away from us. We always enjoy being with them and were glad they suggested a visit. Both David and Nathaniel got the day off. Our chef (Nathaniel) offered to grill the chicken. We got tickled at the way he washed his hands in the kitchen while standing on the porch. He is the only one tall enough to do that.

I took a quick shot of the group, not realizing John was out of sight. The only one to notice the toy camera was son John $.

Thinking of our waistlines, I did not bake a dessert. Instead we indulged in S’mores. Beth laughed that I got chocolate all over my face. She asked for the camera and caught me biting into the gooey mess. My favorite, of all the pictures she took of me, was the one that made Nathaniel appear to have a full mountain beard, all gray.  I don’t know how he got the rake to stick to his forehead.  (I’ll do anything to divert your attention away from my face.)

David and Nathaniel offered to roast the marshmallows for everyone. We had only one each, but they could afford more. Youthful high jinks kicked in, and Nathaniel hid David’s plate. David retaliated. I found the hidden plate before Nathaniel did.

David and I had not finished a jigsaw puzzle and knew Beth and Bob might join us in working it. I wasn’t paying attention to what Bob was doing. Looking over, I found he had organized the pieces in just a few seconds, making them much easier to find. 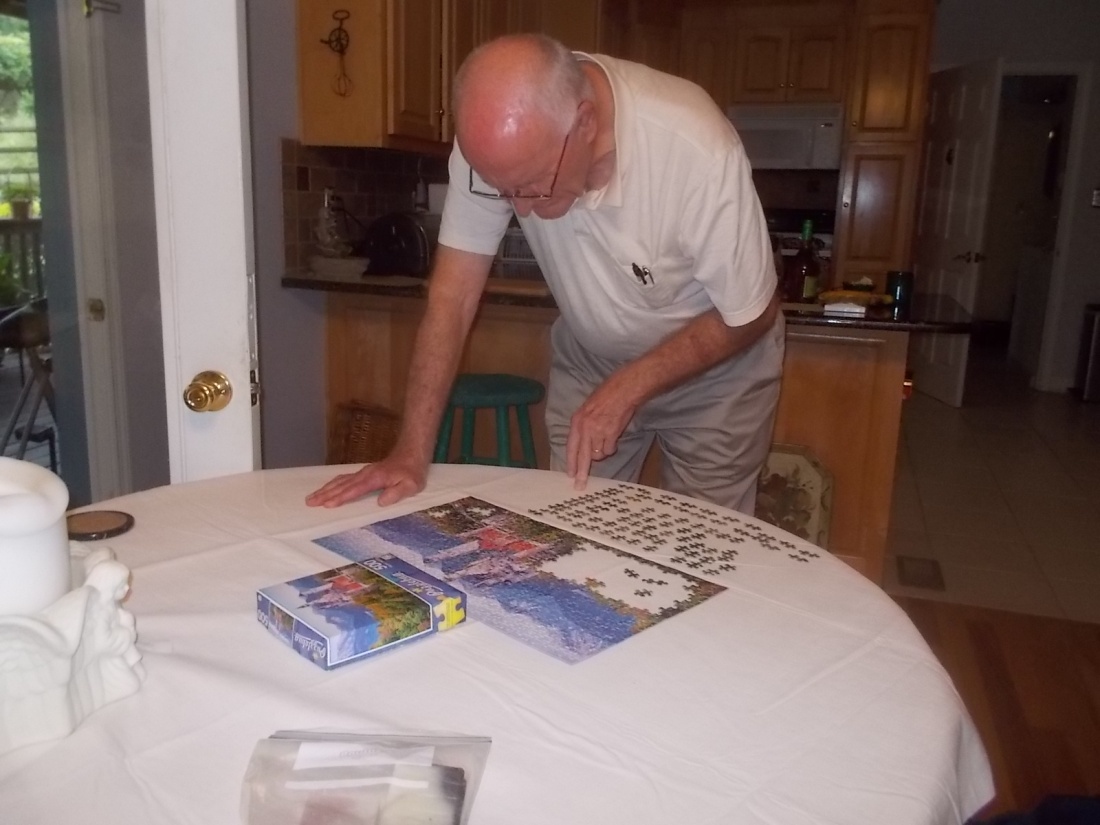 Beth and Bob are great at home maintenance and often find things to help us with. A flag had been hanging up on a gutter, so in the morning Bob climbed up and covered a rough place with duct tape. I knew this was in the morning, because John was still wearing his neon shirt for walking in fog.

They moved to the drain under the driveway, trying to get out a soccer ball that had lodged deep inside. This became a group project when Dawn came from next door to bring us cans of coffee. She had ordered a big supply for her mother, who died before the coffee was finished. Dawn and Beth were observing the fellows wielding shovel and water hose. That project is open-ended, the ball still being lodged in the pipe.

Later in the day, Bob saw the flag hung up again and added more tape. I’m amazed at what these older people can do. I’m in that age group, but my physical prowess is totally unremarkable. 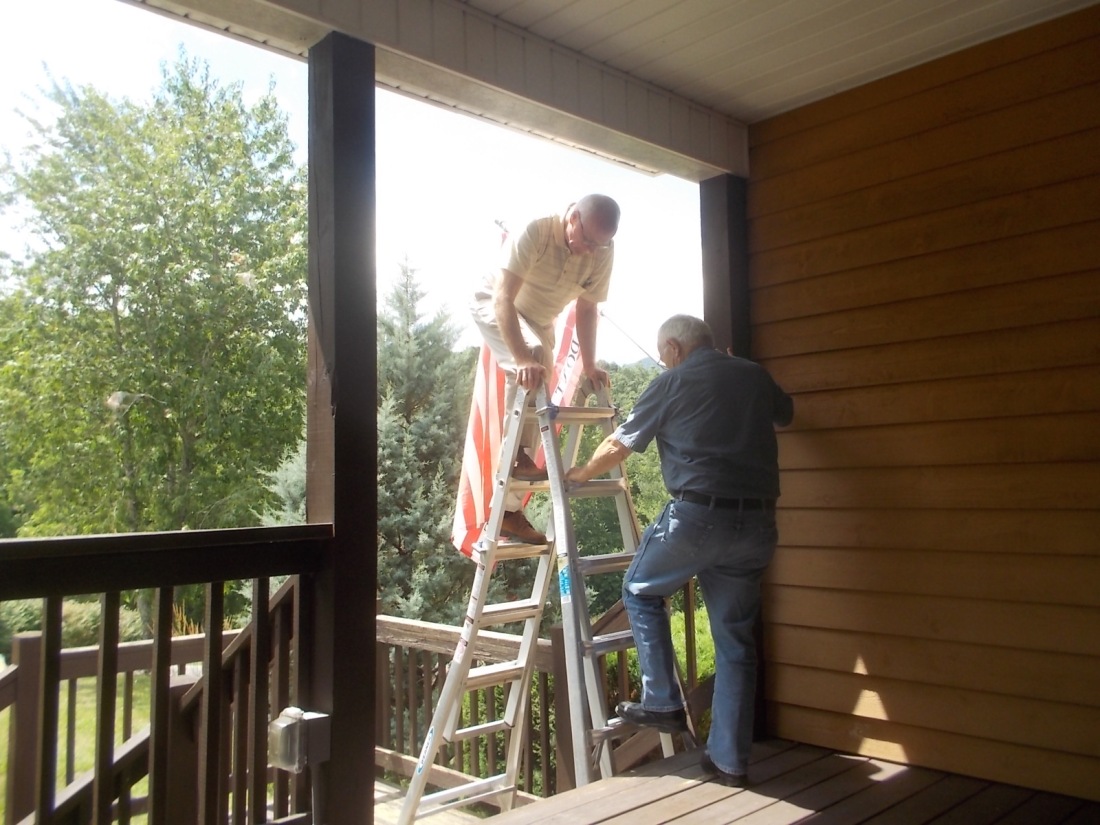 27 thoughts on “A Brotherly Visit”