Another way of saying 75 years passed is that three quarters of a century are in the past – on John’s odometer. Thank heavens John himself has not passed! Our son and I treated him to a prime rib dinner on his 76th birthday. The meat was rare, as was the dinner. When we lived in England in the 80s, John occasionally had prime rib with horseradish. The hunger for that dish resurfaced last year and again this year. I’m sure he will not yearn for it more often, if that means another year of his life has passed. 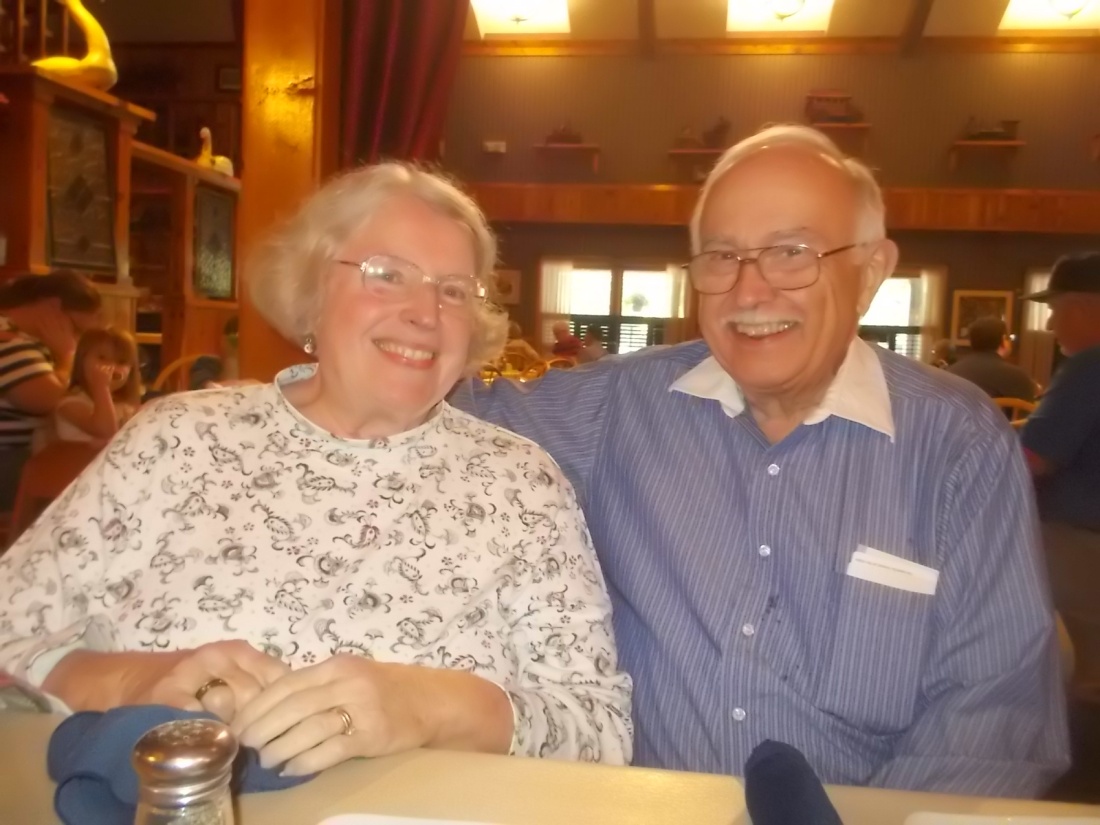 The venue for the birthday meal was the restaurant where grandson Nathaniel worked all summer. The co-owner who had hired him was checking with diners to see if everything were satisfactory. When she came to us, John said Nathaniel sent greetings. Her face brightened up, and she began to say the most wonderful things about him. She said how much she had enjoyed him, that he had raised the bar in the kitchen, and that she hoped he would come back. That, in itself, was like another birthday present for John.

We enjoyed our dinners. John $ and I chose meatloaf, a less expensive item on the menu. I had a second reason to choose it. I suspect Nathaniel had made it! He used 20 pounds of beef for meatloaf the last time he prepared it. He might also have diced the tomatoes for the tomato jelly that decorated the top of the meat. It was delicious and beautifully presented. We came home and had angel food cake with strawberries and whipped topping. This is John’s favorite birthday dessert, one that his grandmother and his mother made for him when he was growing up.

I was thankful that John was alive for his 76th birthday. The next morning, my sentiments were not exactly the same. He planned to leave for a day at the train club in Tennessee at 5:45 am. Well before he left, he played Lutheran Public Radio using the phone in his pocket. The hymns were performed by a choir of recorders with the intensity of 100 bagpipes.

After 5 hours of silence, I was glad he texted me that he arrived safely.