Who would have thought a blooming plant would tap me on the shoulder in the garden? I stooped to trim an ambitious ground cover, focusing on the escaping tendrils at my toes. Not knowing the truth of the matter, I thought I was being stalked the second time it touched me. Looking up, I was face to face with a gladiolus stalk in full bloom. I was right — stalked! Its compatriots died months ago, and it was surrounded by dried leaves, languishing in the dust. It was bowed over, facing the ground, which is why I hadn’t seen it from the porch. Any living thing, clinging to life like that, deserved to be digitally immortalized.

The shot was a blind one. I held the toy camera under the blooms, shooting up at the cloudy sky. The old oak tree photo-bombed it, waving with the leaves it had left. The top of my Einstein hair-do jumped in, too.

As long as the camera was in the garden, it captured two other blooms. The most enthusiastic bloom was a single clematis. I thought its expression was like a deer in headlights. It was as surprised to be there as I was to see it. 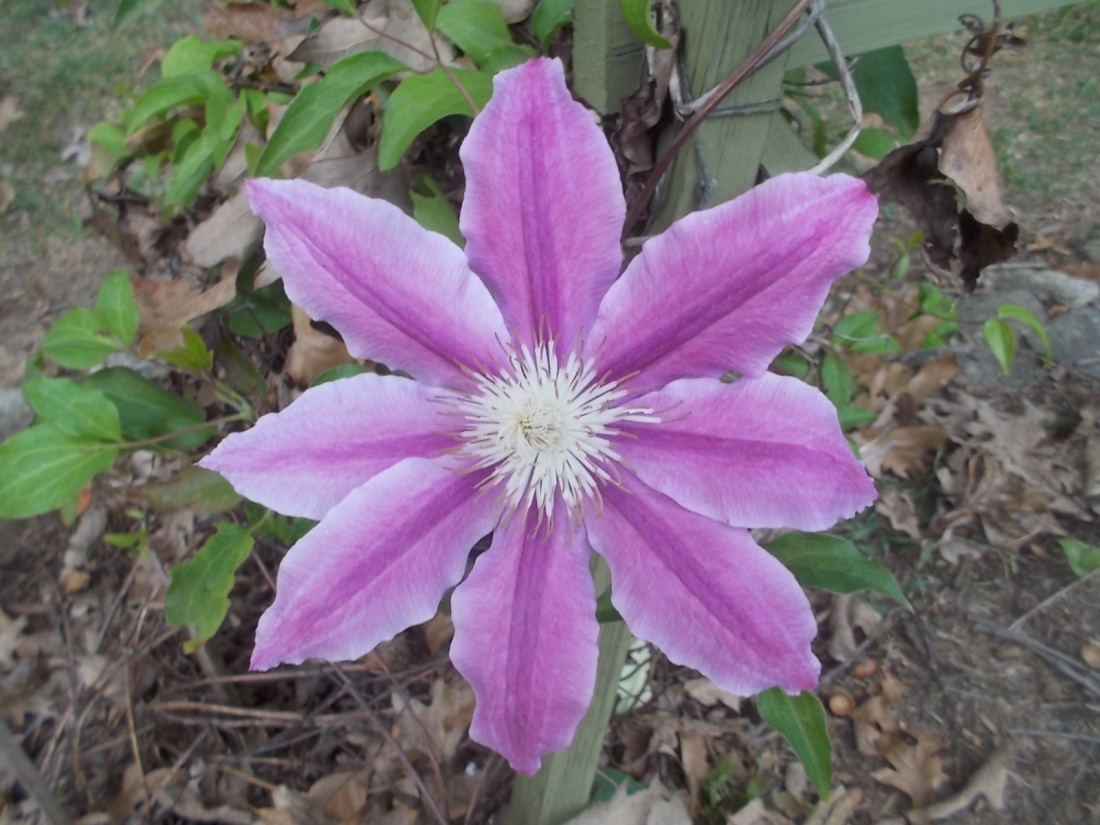 The rose was one of 22 left on the two bushes. It will be a while until the last one succumbs. I’ll play a proper elegy for it then.  Do you have any clingers in your garden?

41 thoughts on “Not the Last Rose of Summer”