The weekend was nice; the nieces were priceless. Julie is my brother’s daughter, and Patty is a niece by choice. They worked together running a group home years ago.

Our one excursion was going to my favorite waterfall. I have any number of photos of the falls from my vantage point looking up the mountain. This time I took one from the other side of the highway where I’m looking down. The highway is a twisty one that winds around the mountain. The bridge is two lanes wide, with just enough room for one row of tourists to breathe while looking at the cascade. From looking at some brochures, I found the name to be Sunburst Falls. If you Google Sunburst Falls NC, you can see much more dramatic photos than I could give you. Julie and Patty made appropriate noises of approval before we piled in the car and continued onto the Blue Ridge Parkway. We discovered that the leaves were past peak up there.

Another day the weather did what the weathermen said it would do – rain, heavy at times, all day. We stayed inside and talked the livelong day. At one point we were laughing uncontrollably. I won’t share the story, because no one could tell it like Julie. The basics were certainly met. We had shelter, food, and hilarity.

Sunday was the celebration of Reformation Day. It was the 500th anniversary of Luther’s nailing the 95 theses on the door of the church in Germany. Our church went all out with special music. During the service they presented Bach’s Cantata BWV 80 based on the hymn, A Mighty Fortress is Our God. The director of music also arranged that hymn for the hand bell choir. I was very impressed with all of it. Only members of the orchestra were paid. Soloists were regular members of the choir. John sang bass in the choir, and he was listed as Cantor John Mehrling because he did the service chants. Before the service, I made Julie, Patty, and John pose before two of the three banners in the sanctuary. 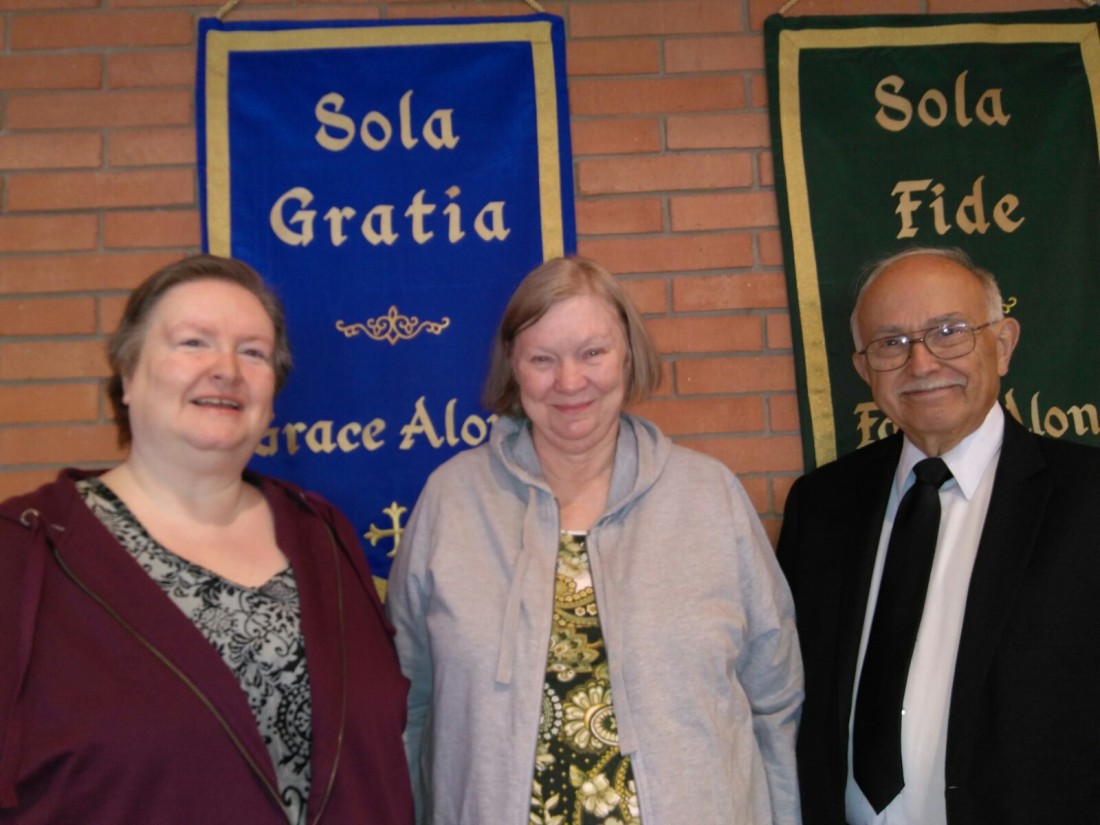 We ate lunch not far from the church and dropped by the farmer’s market for Julie to scope out the place. She will be here with a group of her friends in a couple of weeks and was looking for things they might like to do. Julie and Patty headed East as John and I drove home in a snowstorm. I’ve seen snow falling on colored leaves only once or twice before in New York. It is an odd sight. 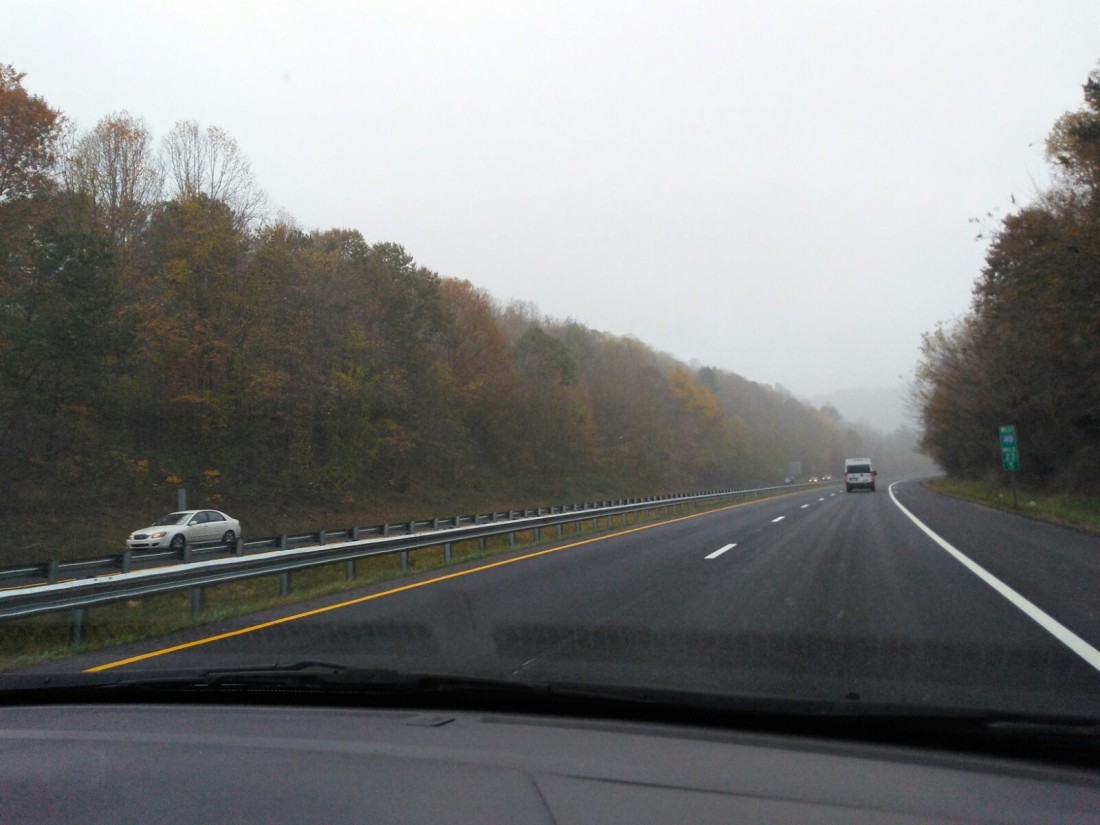