John, daughter Lise, and I began Thanksgiving Day doing something we’ve never done before. We took our morning walk. There were very few people driving about, and even the cafe was closed. The regulars were not there to give us credit for our laudable exercising. When we returned and opened the front door, baking turkey aroma surrounded us. The 20-pound bird was the largest I’d ever wrestled into the oven. I was nervous enough to have a ham in the refrigerator as a backup.

Brother Bob, wife Beth, daughter Julie, and house-mate Patty arrived mid-morning from Winston Salem. The fun began in earnest. A bit later, neighbors Connie and Marla and our son John $ completed the circle. We were sorry Connie’s husband Dave had the flu and couldn’t come. Before we sat down to eat, Marla took a loaded plate to him. We had not yet gone into a food coma when I took a photo of everyone at the table.

For those with food curiosity, our menu included the obligatory turkey, dressing, gravy, and cranberry sauce. We also had Connie’s home-grown green beans in a delicious sauce, which everyone raved about. I had prepared mashed potatoes, creamed corn, homemade dinner rolls, and the Mehrling frozen cranberry salad. After the main meal, we stacked the plates and moved to the living room while John loaded the dishwasher. We needed a break from our hard dining chairs. It would be almost impossible for anyone to fall asleep sitting on one of them. Desserts were cranberry-mince pie, Connie’s pumpkin roll, and pumpkin cheesecake left over from our pre-Thanksgiving meal four days earlier in Winston Salem. 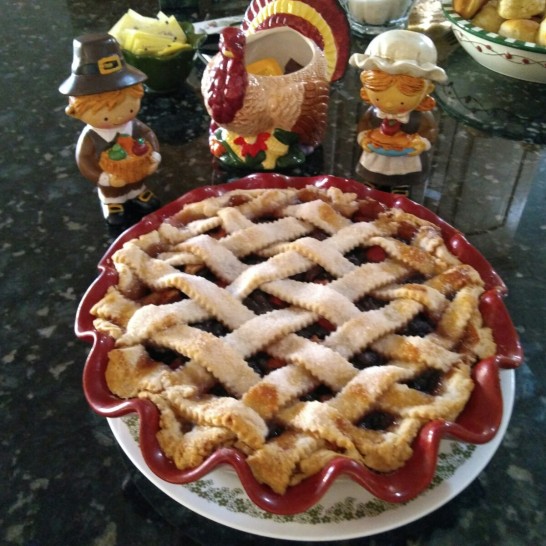 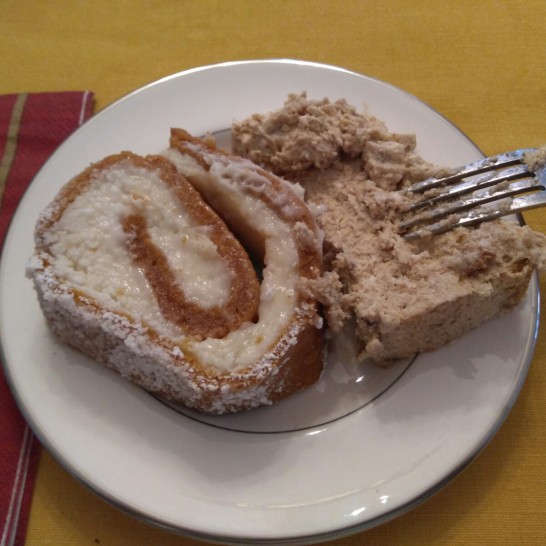 Neighbors Shawn, Bob, and Logan had their big gathering at their son’s home. They came over to visit us for a short while. I was so glad they had a chance to meet Beth and Bob. We bought a 100-piece jigsaw puzzle for Logan to work here and gave it to him. He had enough time to assemble the edge pieces before they left. We asked him to come back the next day to finish working it. When he came on Friday, I asked if he wanted to sit with us at the table or go straight to the puzzle. At that instant I should have texted Shawn to see if he could eat with us, but I didn’t think of it. He got a drink, and I set a plate next to John for him. Beth helped him to a slice of ham. 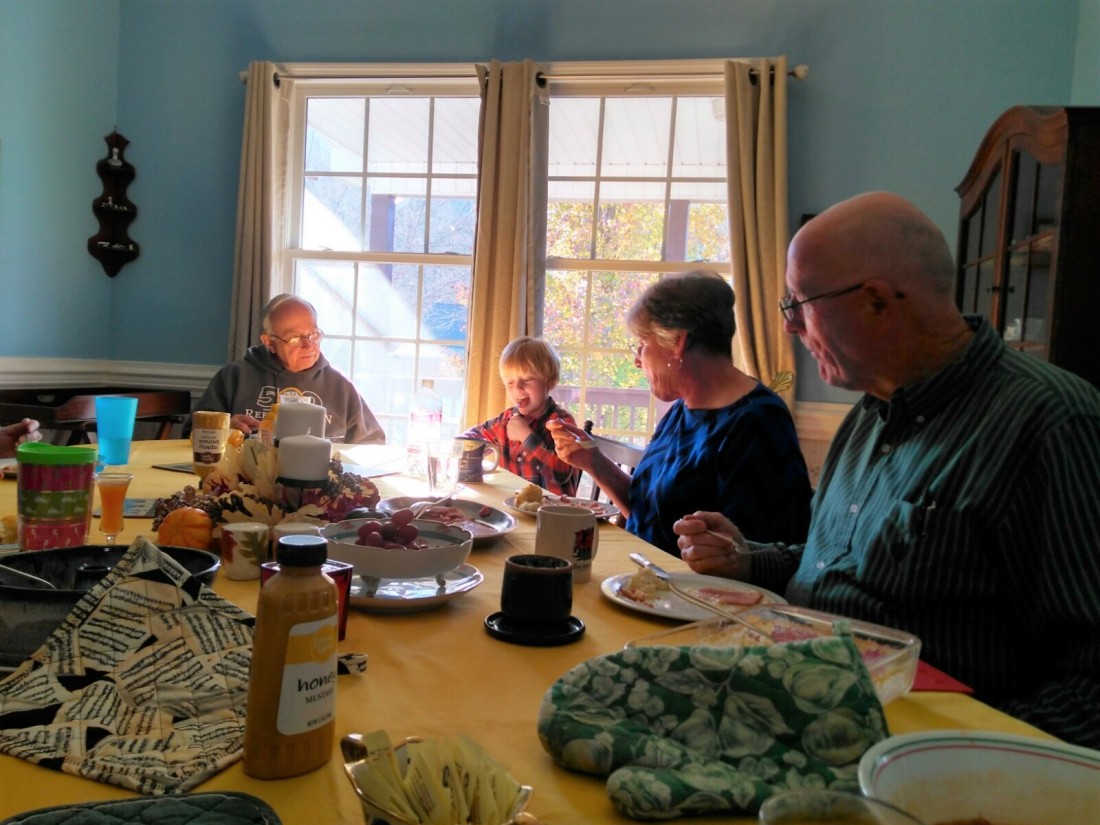 He ate the meat nicely, chatted for a bit, and asked if we were leaving the table. We said no, but he could be excused to work the puzzle. When we finally finished our late lunch, Logan proudly showed Beth the finished puzzle. 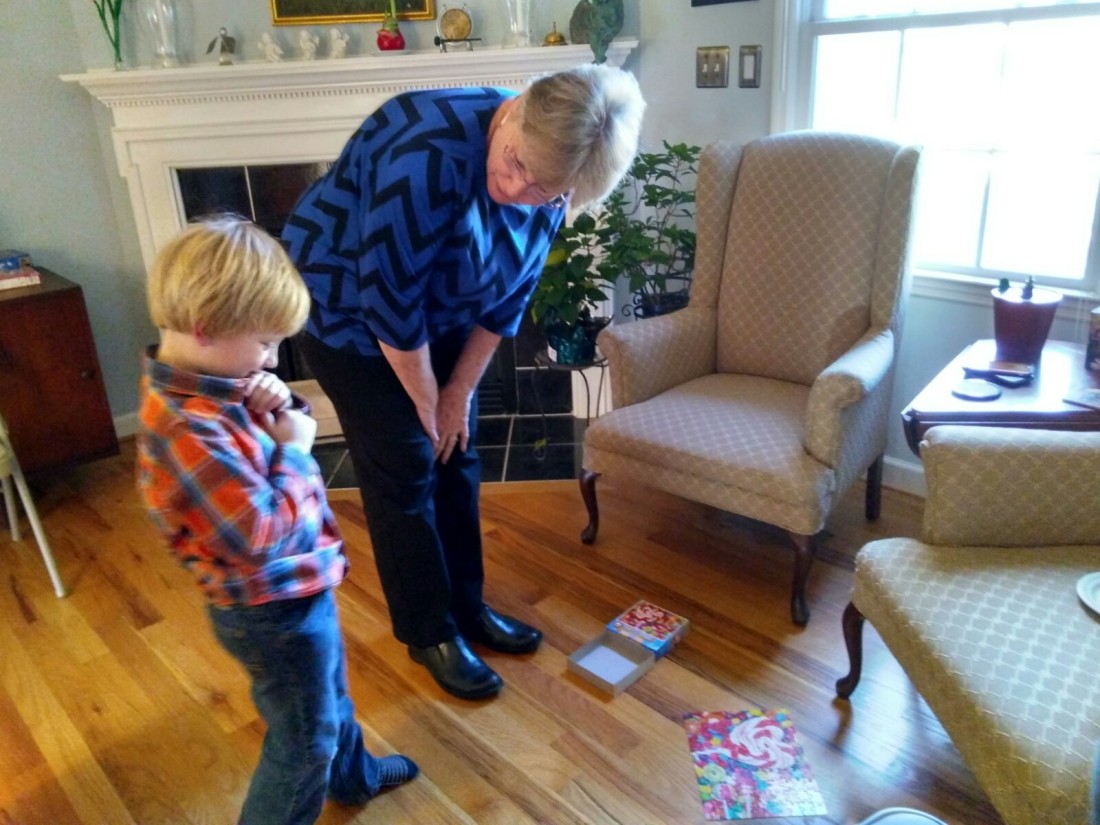 It had been an excellent week of giving thanks, from the family gathering in Winston Salem through our holiday meal in the mountains. I was very happy that Lise had another full week here after everyone left. If all the people had gone at once, I’m sure our spirits would have looked like shriveled balloons.

22 thoughts on “Thanksgiving and Beyond”