I heard John say the temperature was in the 30s. 30 something seemed cool. The something must have been an 8, but I didn’t pay attention to it on this foggy day. By the time we met Marla walking Albert, I knew a sweatshirt AND a windbreaker were too heavy. Having already received permission to use their post as a coat rack, I slung the jacket and hat on the top. I made a mental note to take a photo of it when we came back, thinking it would look like the Grim Reaper, as it did several weeks ago.

The picture told a different story. There was nothing death-like about the jacket. It looked like a crazed octopus wearing a black cape. How could you be frightened by this silly thing hanging over the word “mooseltoe”? It was good for a laugh, and that’s about all. 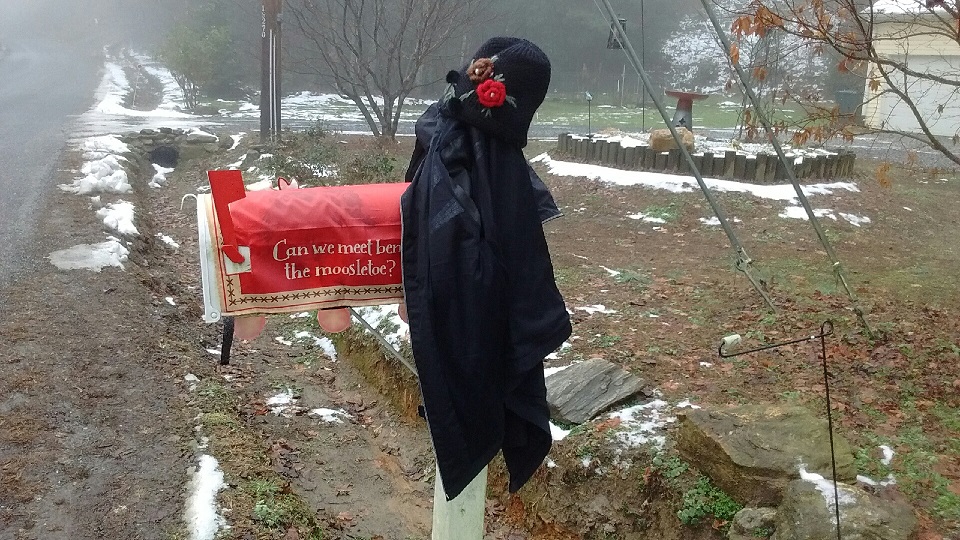