Relatively speaking, this was a most marvelous party. We were with my brother and Beth, all their children, in-laws, and grandchildren. The gifts were lovely and the food as tasty as could be. The best part was being there, chatting with everyone. We had seen the group for Thanksgiving, so the reconnect was instant. We didn’t pose for a group photo, but I had one that included many of the people, including a levitating teen on the sofa. 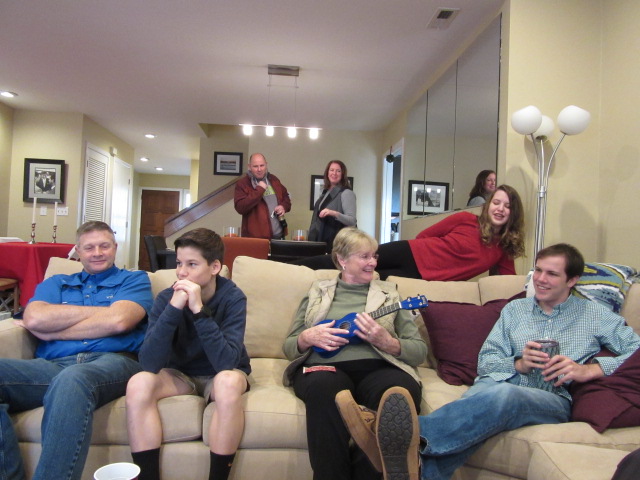 The younger set played Clue before we ate. 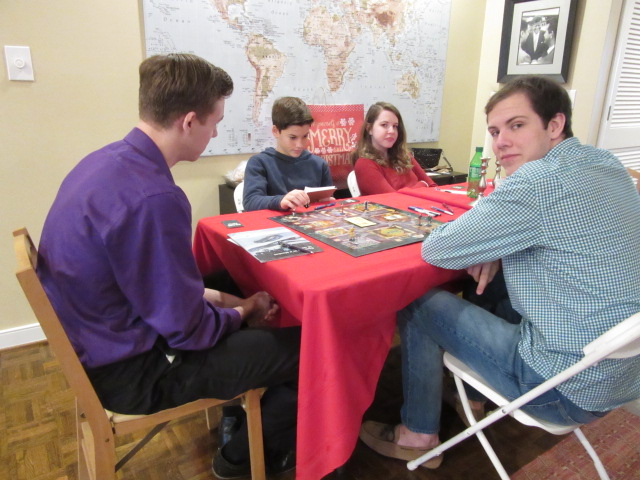 A few didn’t show up anywhere else. 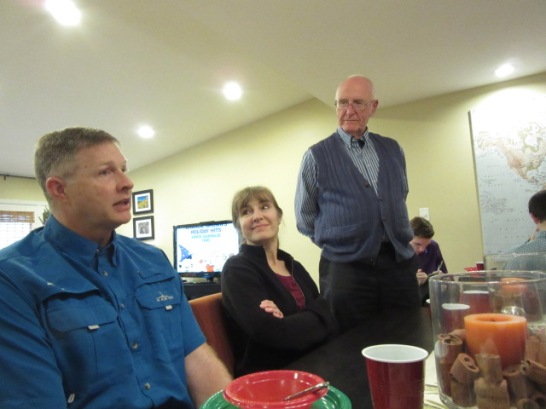 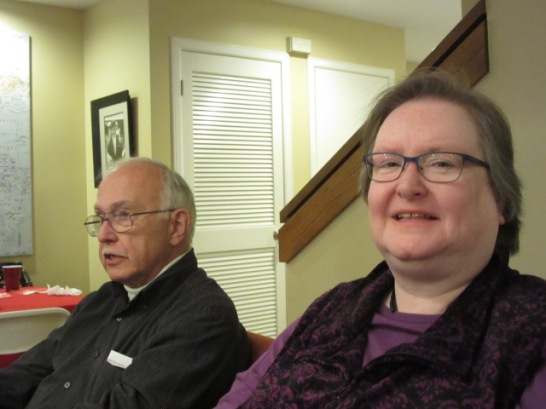 There are pictures of our greats – niece and nephews.  One learned to tie his new bow tie, one modeled an Elf onesie, and the oldest was going to work. 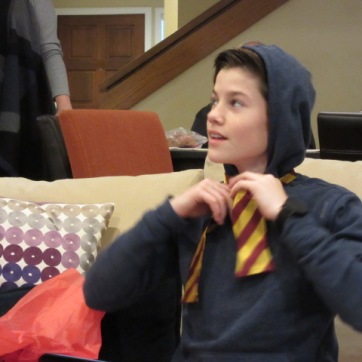 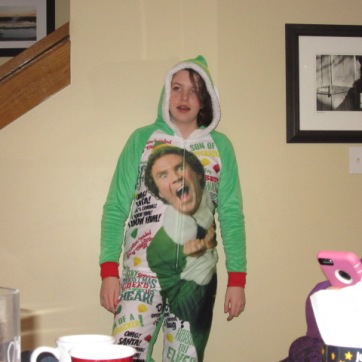 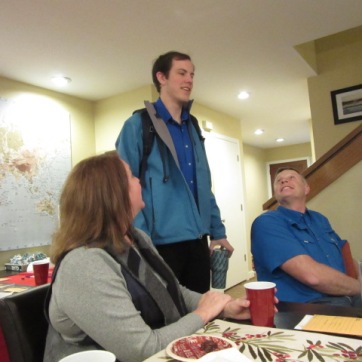 And then, there was Nathaniel. 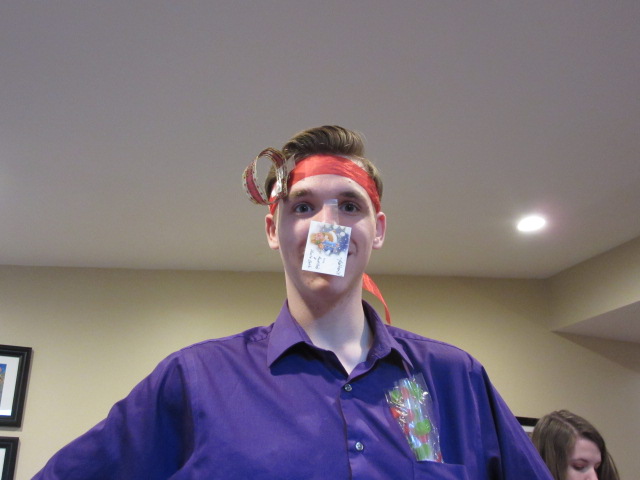 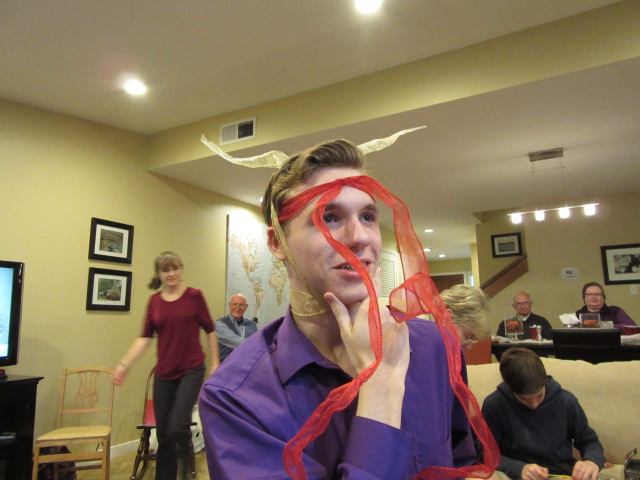 Grandson David was working and couldn’t go to the party, but here is a photo of the ice cream cone he loaded at Dickie’s.  Working at Burger King gives him more practice than most people have. 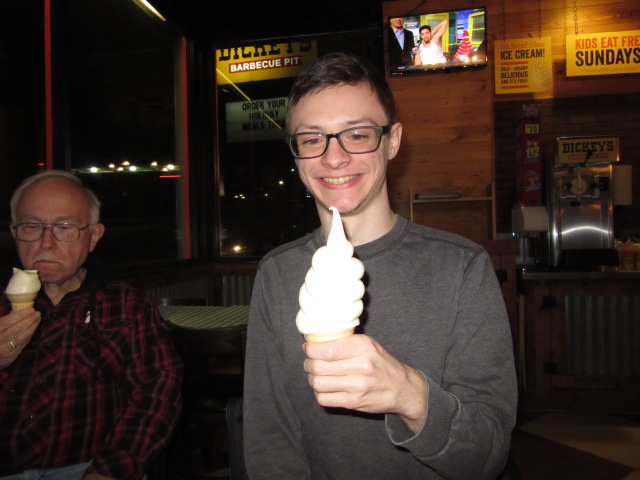