Most Americans know the caveat about promising to do something “good Lord willin’ and the creek don’t rise”. Well, the creek did rise here! In fact, it’s the highest we’ve ever seen it. We’ve had rain off and on for days and happened to be at the creek shortly after a pause. 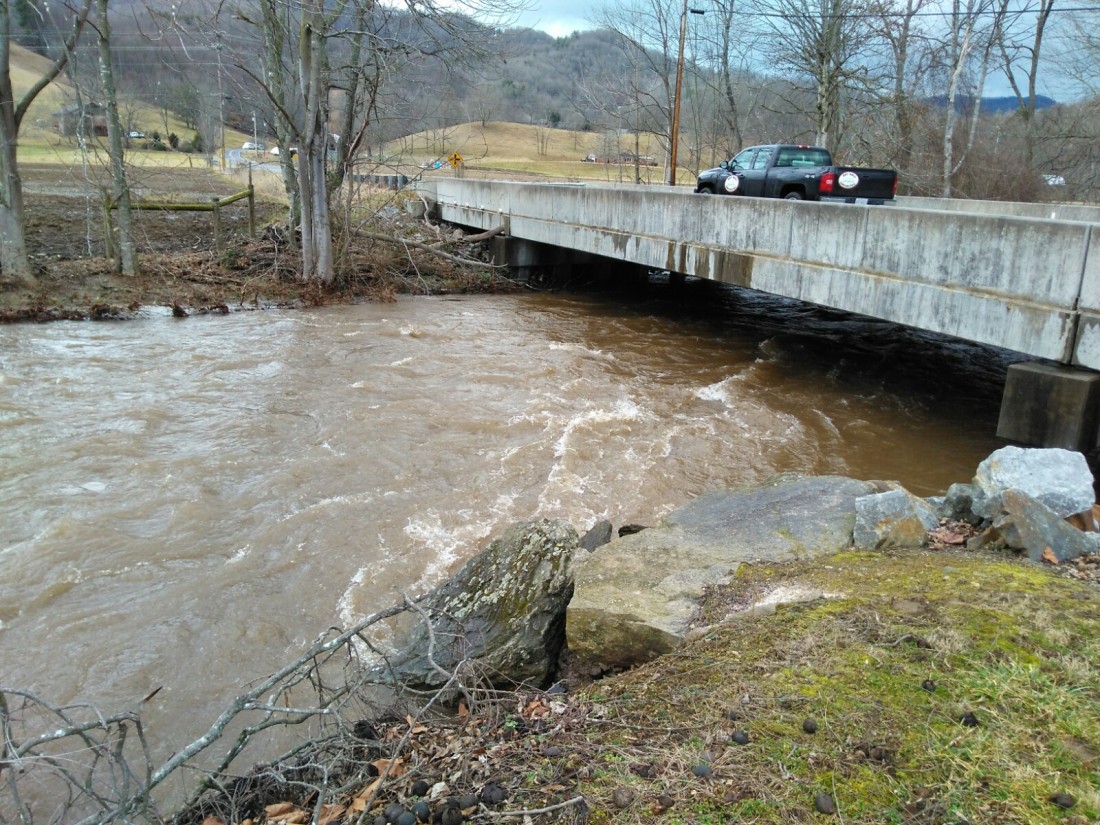 I can assure you, we would not be standing beside the creek if it flooded. Theoretically, that is the lowest part of the valley. If the water flowed over the banks, much of the land would be covered. The creek was quite muddy, but the roar was muted. It makes more sound if rocks are protruding above the water. The two tiny streams near our house made an inordinate amount of noise due to the increased volume of water. That’s when I wish we lived beside them. If I get desperate enough, I’ll play a CD of a mountain stream.