The second week of daughter Kate’s vacation flew by, not that the first was at all slow. Several times we sat on the front porch, rocking and talking. I wanted a good photo of her face. This was the best.

Kate helped us walk the neighbor’s dogs many times. I never thought we had glow-in-the-dark grass in the neighborhood, but the lawn in the background almost matches John’s T-shirt. 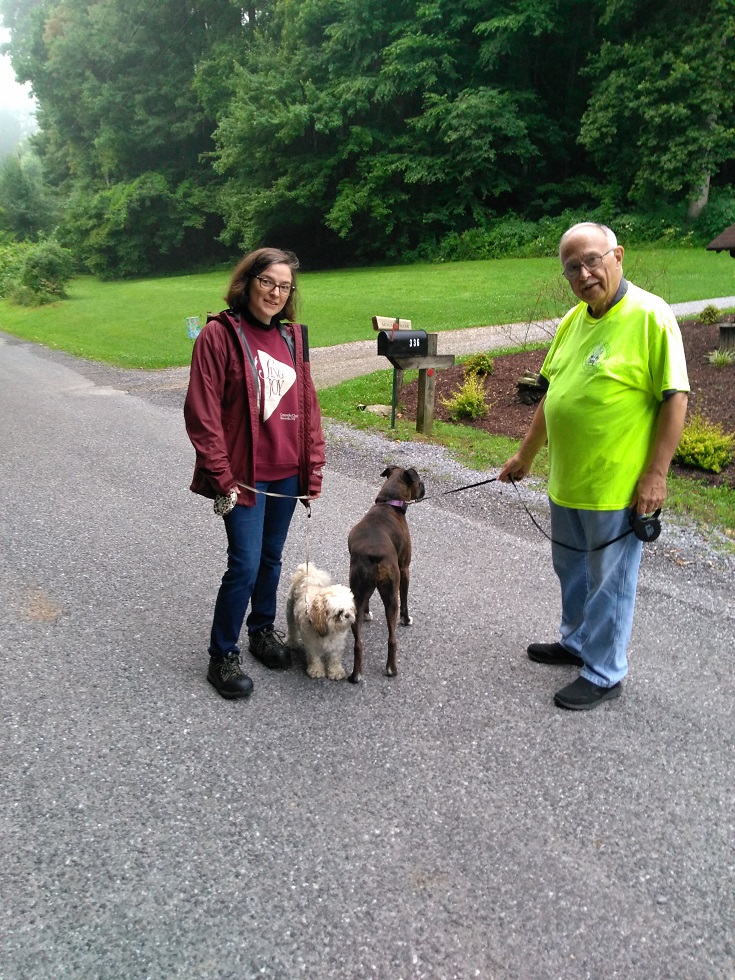 Grandson David loves pretzels, and I remembered to put them on the table one evening. He fished out one, and it came with its own decorations.

One evening son John $ came to spend the evening with us. Oh! How the laughter rolled! A year or two ago, he and our grandsons had a pick-up conversation that continued every time they were together. It began with one of them saying in an over-drawn, posh English accent, “That reminds me of the hunt.”

The three of them were really into it at the dinner table. Kate had been shrieking with laughter, but she paused when I snapped the photo. $ said something outlandish which had David almost spewing his dessert. Since Nathaniel looked still, I presume he was thinking of a perfect comeback. It was one of those times you’d like to wrap in magic paper to preserve it. At least we have this photo as a memento. 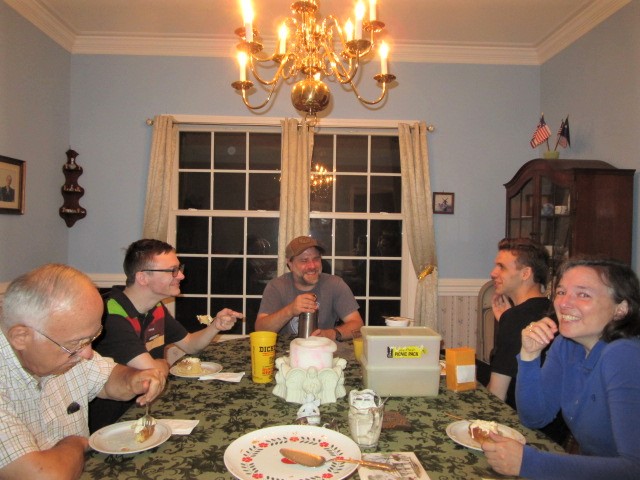 27 thoughts on “Days with Wings”