Grandson Nathaniel arrived in the wee hours to spend his 10-day Spring break with us. He had a class until 7 pm, and John had a meeting in Asheville. That gave grandson David time to finish work in Waynesville and drive to meet John, so the two of them could go together to Charlotte to fetch the chef-in-training. I didn’t see Nathaniel until morning. He was ready for the day and eager to get a haircut. Barber’s fees are high in Charlotte, so he was quite shaggy. I suggested we do the ritual of the mirror, and then we asked him to do a tall job – freeing a flag that was snagged on the gutter. 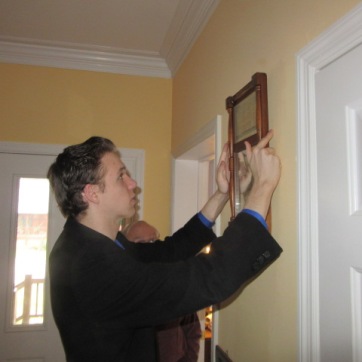 Over breakfast I warned Nathaniel to sift the baking powder here before using it. I had gotten a little clump of bitterness in a biscuit a few days ago and knew it was the leavening agent. He launched into a quick explanation, listing the three main ingredients, and the fact that it tends to clump when damp. I was very impressed with the things he already knows.

After lunch Nathaniel served dessert that he had made in school, raspberry sorbet. It survived the three-hour trip and was refrozen. The taste was as intense as the color. Superb! We also tasted the ice cream he brought – Elf’s Eggnog. He not only made the ice cream, but he also designed and printed the labels for it.

Neighbor Logan (8) came over after school. He and Nathaniel had a rousing game of tag. There were shrieks, heavy footsteps, silence as the one who was “it” changed direction, followed by more shouts and running. Once Logan scooted under a chair to evade Nathaniel’s long arm. At the end, they continued the chase, only on their knees. Nate must have been happy that John broke in to ask Logan to read to him. The house was very quiet after Logan left. 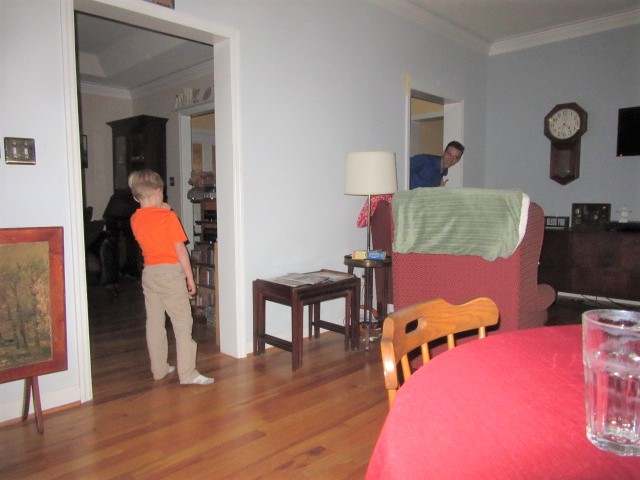 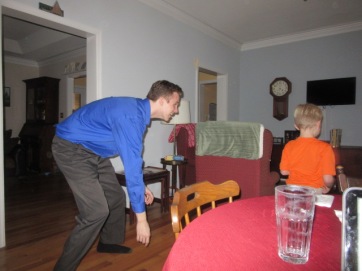 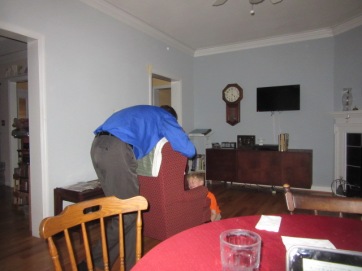