Our church hosted the Sheboyan Lutheran High School choir and symphonic band. This large group from Wisconsin was fantastic. The first half of the program was choral, and the second was instrumental. The choir had phenomenal diction, better than many professional groups I’ve heard. Their dynamics were astounding, responding to every movement from the director’s hands. They sang their entire half of the program from memory.

The band was equally good. I had never heard any of the pieces before, and they were outstanding. There was one that I found absolutely entrancing. We all enjoyed watching the performance, especially the percussion section, as they rushed about using various instruments.

We brought home four girls for the night and enjoyed talking with them. We had a snack before going to bed, and the girls graciously agreed to pose for a photo. 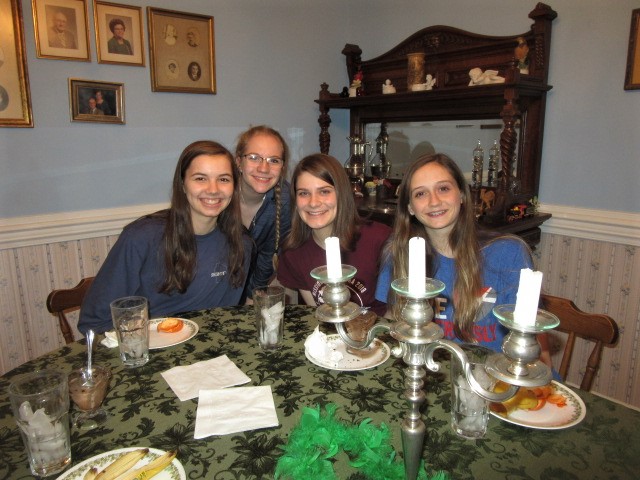 Because we live far out of town, breakfast was at 6:30 so John could get them back to the church. They sang for the school chapel service before continuing on their tour. If this group ever performs near you, go hear them! On this tour they sang in Michigan, Indiana, Kentucky, North Carolina, Virginia, and Wisconsin.

21 thoughts on “Choir Tour from Sheboygan”