The rough, twisting road to Cataloochee Valley begins about three miles from our home. The valley is the place to see elk in the Great Smoky Mountains National Park, if you happen to be there at the right time. We stopped to read information about the area and posed at my favorite lookout point. 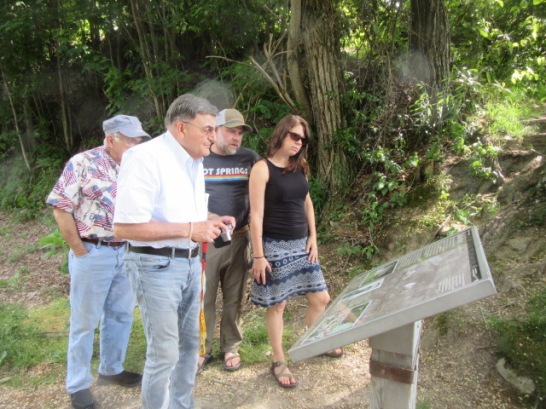 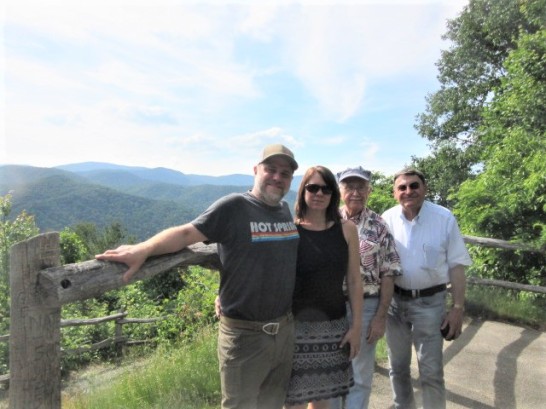 One of the buildings left from the abandoned community was the picturesque little chapel. Inside, friend Rose pretended to preach. 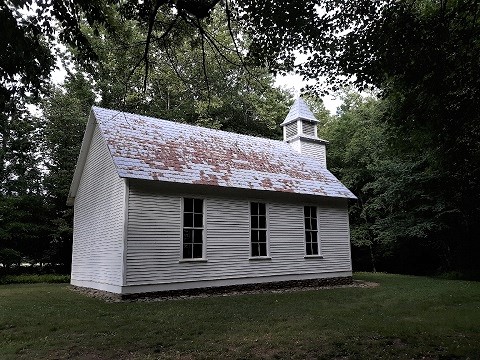 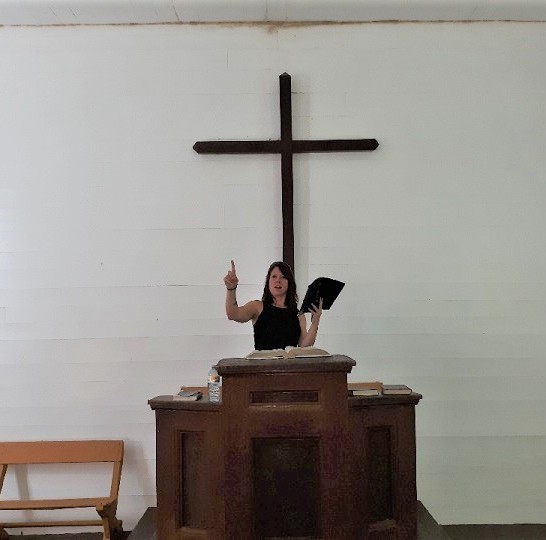 Inside one of the old houses, $ struck up a conversation with a family as they stood before a photograph. He found out they represented two branches of the family that had lived in that house. They named all the people in the picture, starting with their great grandfather. Their grandfathers were brothers.  It was exciting to meet people whose history was bound up with the house they were standing in.

Rose, a former school teacher, pretended to write on the board in the old schoolhouse. She and I agreed that we would have a hard time concentrating in that room, because we could see a stream outside the window. $ and Rose posed in the opening on the second story of the barn. Rose, wearing her hiking sandals, waded through a stream. This was the same spot John’s sister Barbara waded a year or so ago. If I’d had sandals like Rose, I would have gone in the water, too. 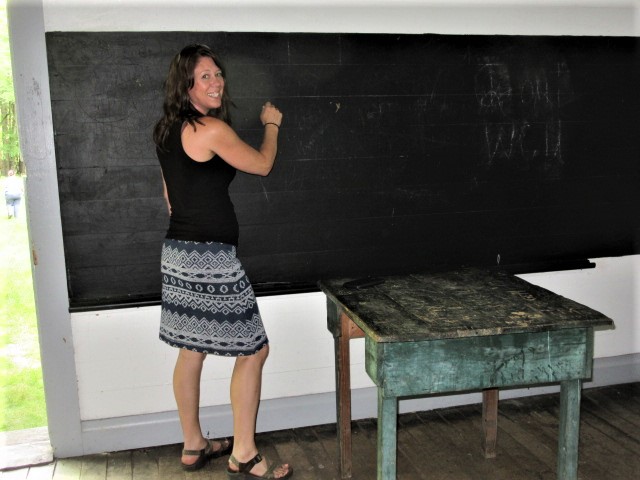 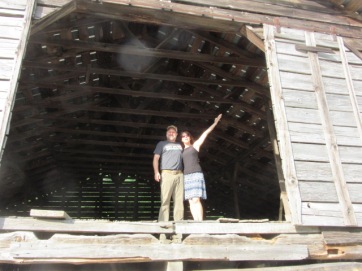 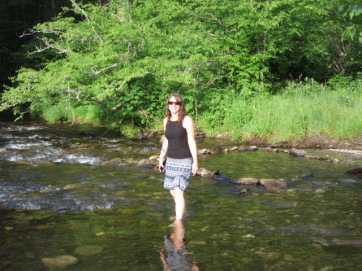 John commented on a ring of stones in the stream, which we had not seen there before. $ explained that Indians used to catch fish by putting stones in running water. The front had smaller stones to let fish in, and larger stones were at the back to hold them in the circle. Rose said she saw fish in that area, holding her hands about five inches apart to show the size of the fish. 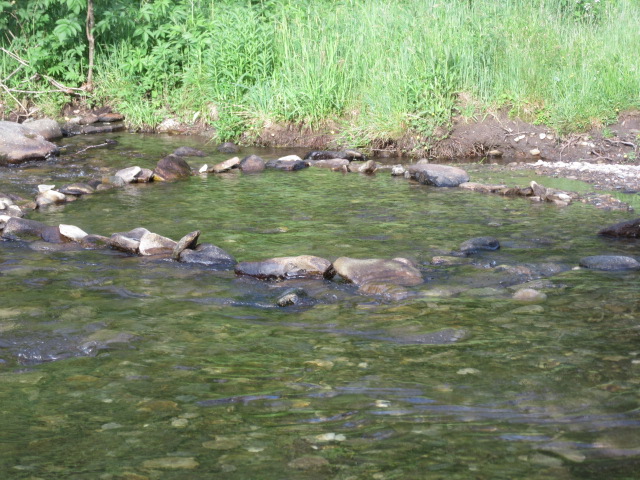 We saw groups of people sitting in camp chairs next to their vehicles, waiting to see if the elk would come out of the woods to graze at dusk. We needed to get home, but we were looking for the animals as John drove. Either John or friend Gerhard spotted a small elk near a red truck. John stopped as the rest of us aimed our cameras or phones. The picture with the truck is the way we saw it – not zoomed in. As we watched, a mature animal ambled around the truck. There were three or four young ones that followed her. 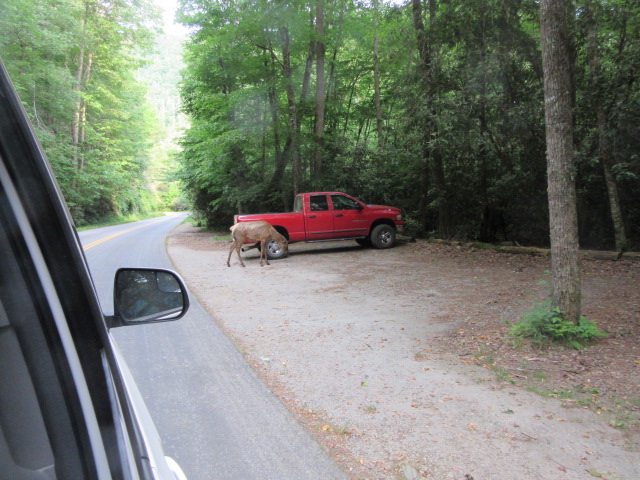 Rose got the best shot. Two elk wandered onto the road, and she captured them beautifully. You’d think they were alone, with not a care in the world. The truck was off camera as these two ambled by. 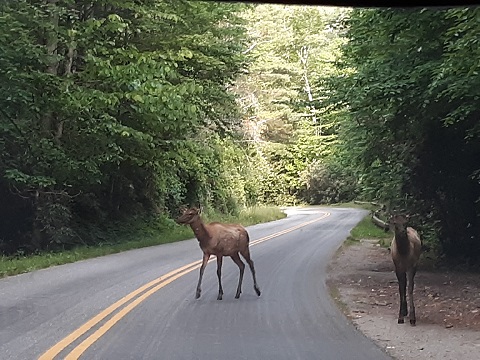