We gathered at my brother’s home to celebrate Thanksgiving early.  There wasn’t an ungrateful face to be seen. This group circulated as an etiquette book would recommend. We didn’t talk to the same two or three people for more than half an hour.

While we waited for the turkey to be done, we nibbled on appetizers. All were delicious, but the most decorative was Julie’s veggie turkey platter. 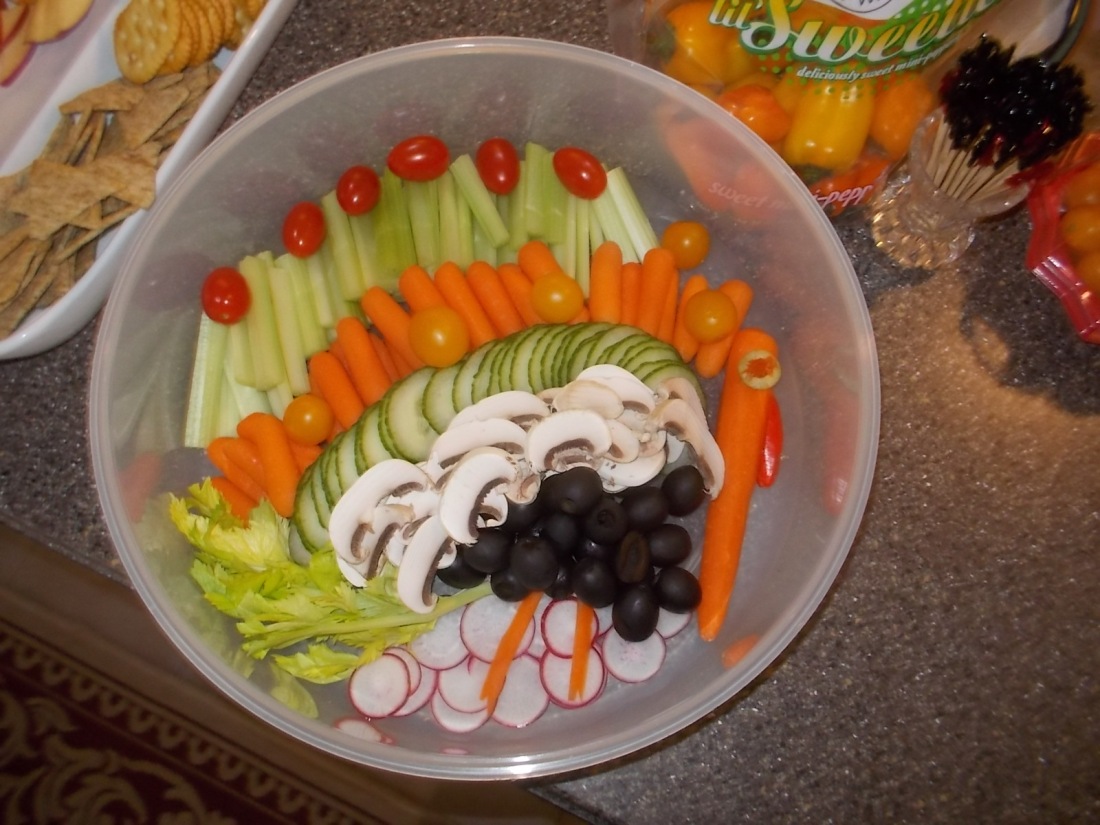 My brother Bob is the head of our family now. He and wife Beth hosted our dinner. Their three daughters and three grandchildren were with us, as well as two brothers-in-law with spice (whacky plural of spouse). John and I had our daughter Lise and friend Chris with us. There were 17 of us in all, sitting at three tables. I wish you could have heard the laughter that burst out from each table. We were having a wonderful time.

Before we left the table, brother-in-law Rick did two magic tricks. The first was a card trick, a rather standard one, but done with an iPhone. Below Lise is listening to Siri announce the card she had chosen from the deck. 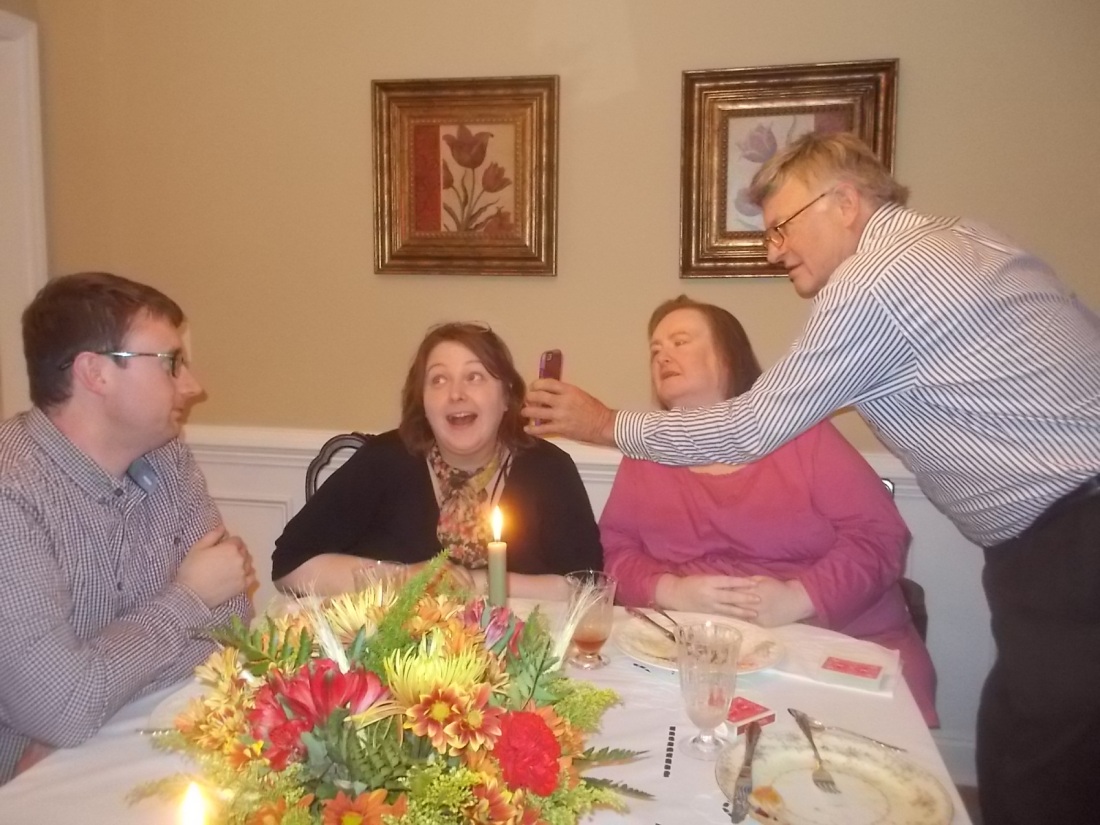 For the second illusion, Rick took a photo of Julie’s hand. A nasty spider began crawling around on her screen hand. It was uncomfortably life-like. Rick tapped her real hand, and the spider was sitting there in all its 3-D splendor. There was instant applause.

Cell phones have been around a while, but I’d never seen a magic trick using one. I asked, “When did you begin using the iPhone for this?”

I knew I missed taking a photo of one of the grandchildren, so I followed Sam downstairs. His Uncle John was explaining an experiment. They would fill a bowl with water, light a candle and put it in the water, and cover the candle with a glass. What did he think would happen? Sam (16) thought a moment and said the flame would go out when the oxygen was used up. They set it up, and Sam was right. The flame was extinguished, and at the same time, the candle floated to the top of the water.  I loved the way the teacher engaged the young man intellectually.

One couple and two families with children had to leave, because they had school and work the next day. The remaining eight of us chatted until midnight and reluctantly went to bed. Thinking about the conversations, I came to the conclusion this was the most well-traveled group I’d ever been in. John and I were the homebodies. The families with children gallop about the world more than we do. Don’t read any envy in those statements, because I’m perfectly satisfied with my life in the mountains.

There were fragments of sentences, a few of which sounded like this:

Croatia has the most beautiful…. When I was in Tanzania…. Next will be a Danube River cruise… Our first trip to South America…. The food in Copenhagen…. We always stopped in Iceland for…. Two airplane bathroom disasters…. Missed our flight because…. Had a $2,000 offer for our seats if we’d….

We have all resolved to be together again a year from now. It would be fun to draw lines on a map to show where everyone traveled in that one year. 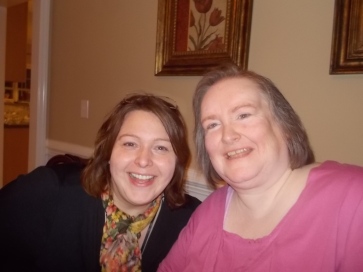 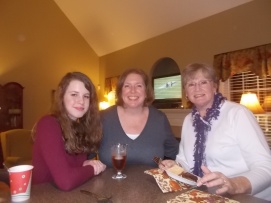 18 thoughts on “Giving Thanks”