How I wish members of our former church could have heard the music we had in our new church for the Fourth of July! They played every patriotic song that has Christian lyrics, boosted by trombones and trumpets. The woman playing the organ got sounds out of it that we didn’t hear at the formal dedication. An open secret is that I always tried to take my vacation over the Fourth, so I wouldn’t have to stumble through my poor version of those same songs. Retirement is glorious!!!! Many people were staying after church for the picnic, and a few were wearing patriotic clothes. I’m sure people would have exclaimed over my men if we’d stayed. We had to hurry, though, because both grandsons were working. I was vocally disappointed that I hadn’t had a chance to take their picture. As we dropped David off, John suggested that we all get out of the car and get a quick shot. That was most kind of him, since he loathes posing for photographs. I gave him 1,000 points for that. 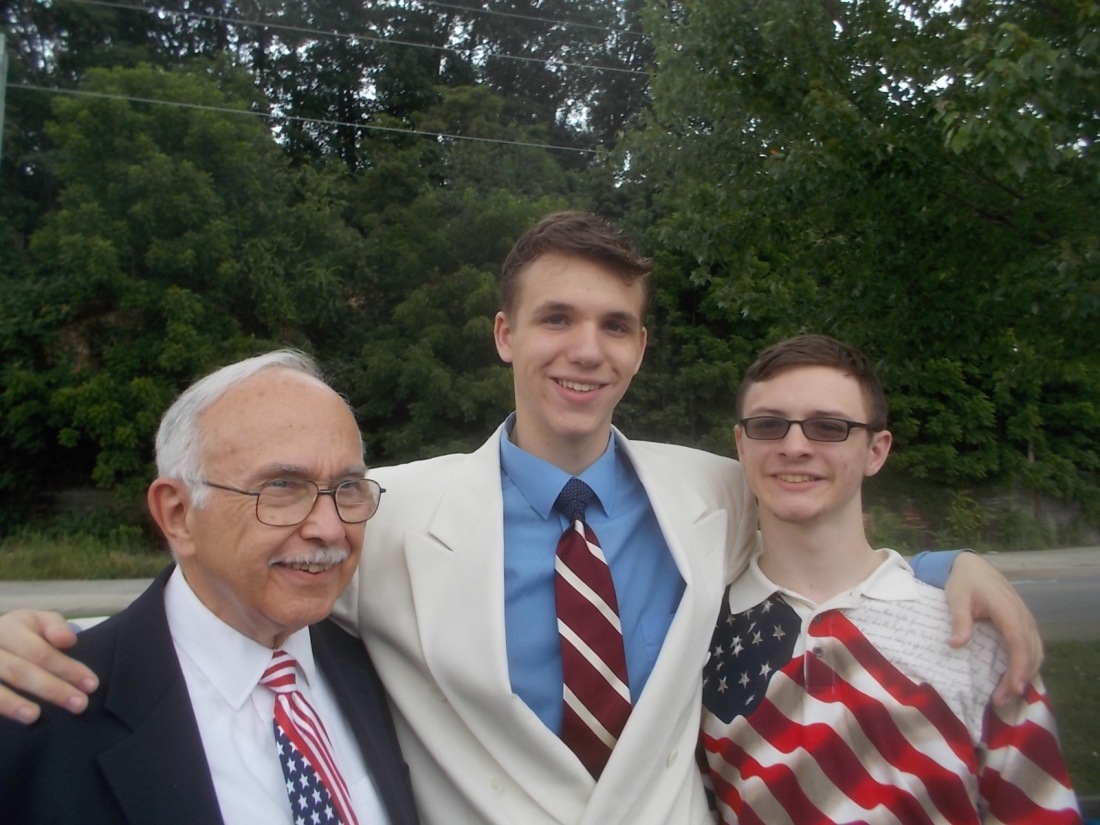 Despite working in a restaurant kitchen, Nathaniel was still willing to cook things for us. He picked out a recipe for stuffed peppers and prepared it on a morning he would be going to work. I think he took a better photograph of it than I did, but I forgot to ask for it. I split my concentration between the food and the beloved grandson, so you’ll have to imagine how good it looked. He took steps that I would have omitted. He had a top on the peppers, with melted cheese showing through the hole where the stem had been. It tasted as good as it looked. 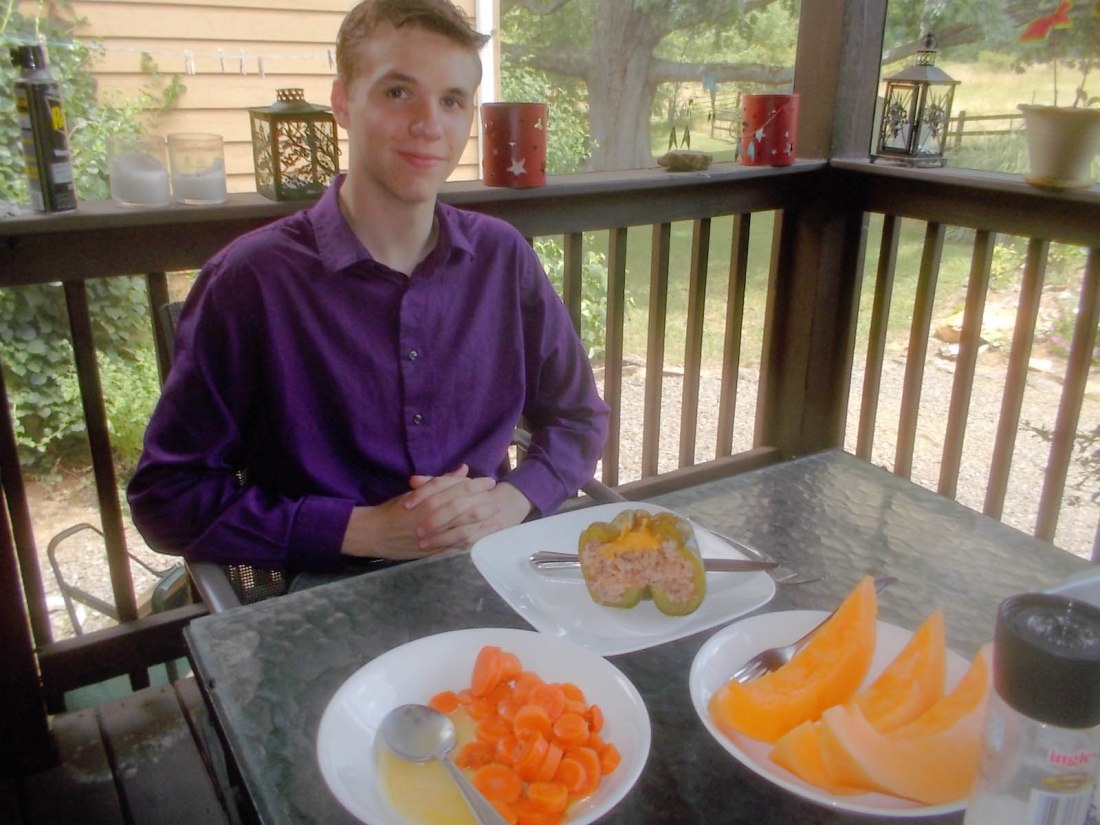 Several days ago I got a shot of David licking a whisk. He is as much of a fan of Nathaniel’s cooking as we are. I suspect Nate is holding the mixing bowl to show how clean David got it. 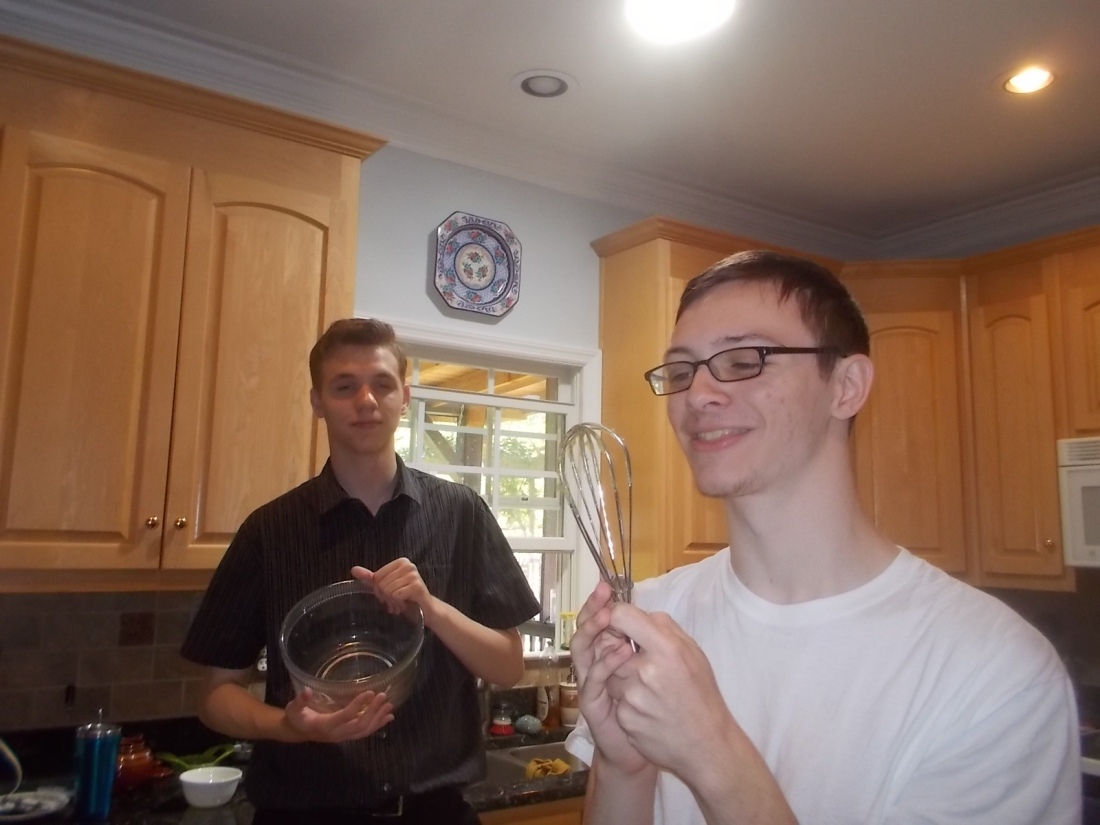 David got a tip at work! Normally, workers at fast food restaurants don’t get tips at all. David said a man plunked down two fistfuls of small change on the ledge of the drive-through. David counted it out and was gathering the change to hand back when the man said to keep it. He brought home two nickels and 30 pennies.

We get more than our fair share of pretty clouds and try to appreciate them as sight gifts. This skyscape was in the middle of the valley as we walked toward the creek. 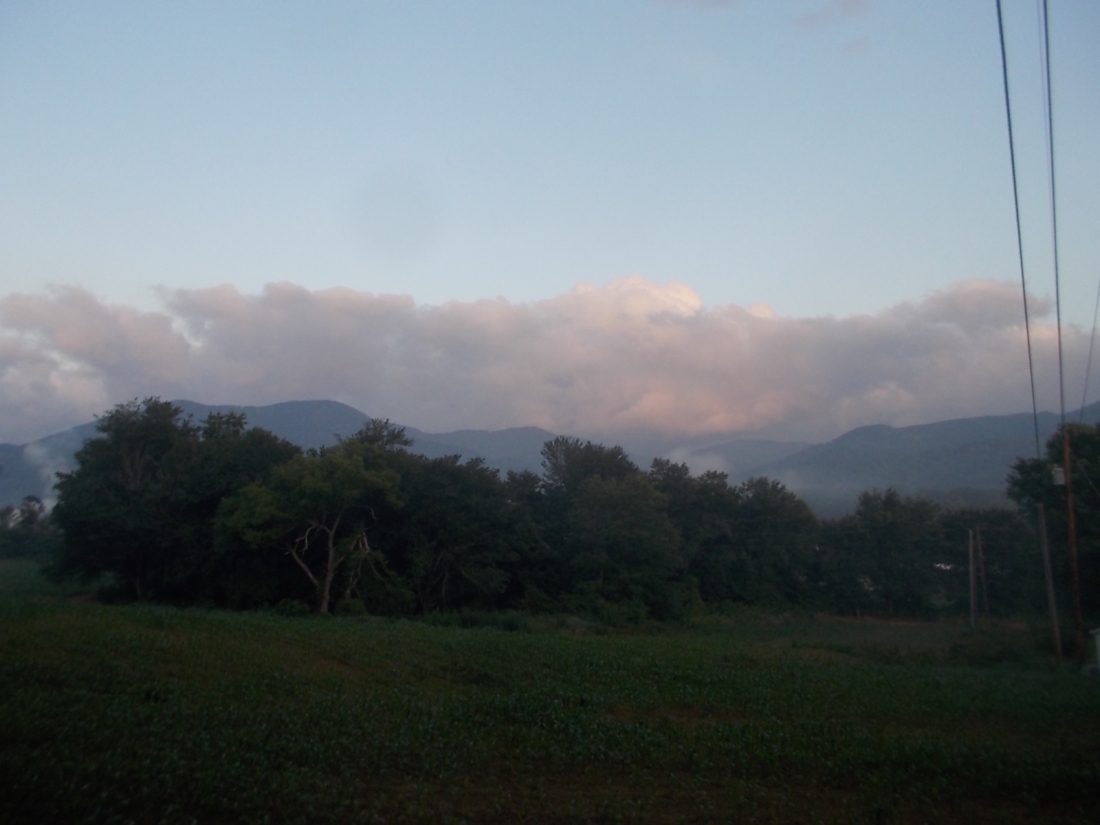 13 thoughts on “Various and Sundry Items on Sunday”