Grandson Nathaniel usually makes a cake when he visits. Last summer he made an Eclipse Cake for us the day we saw the total eclipse of the sun. He baked a Black Forest Cake at Christmas over a year ago, knowing it was one of John’s favorites.. I suspect he was guided in the same direction, because Grandpa told him he’d bought several jars of cherries. 24 hours after his arrival, he baked the three layers of chocolate cake. The following day he soaked the cake with cherry liqueur, and the third day he assembled the dessert.

The photos show the progress, starting with layers and whipped cream filling. He took breaks between each step, letting the cake chill. We were the lucky ones, getting to lick the bowls as he finished with them. 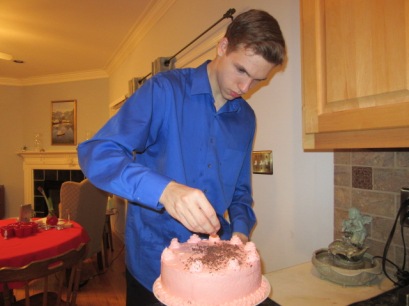 When the cake was finished, Nathaniel added a pink candle, announcing the cake was for us in honor of Valentine’s Day. It was absolutely delicious. Just so you know, we are eating it slowly, but it cannot be mailed. 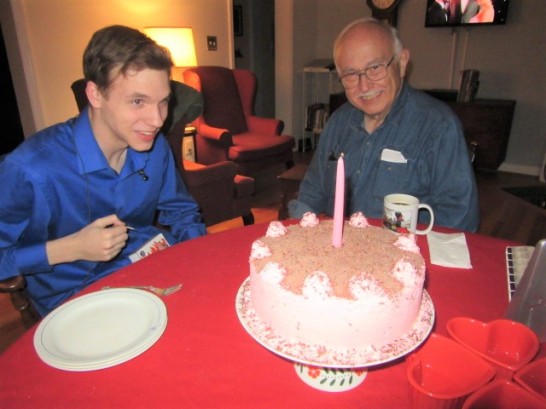 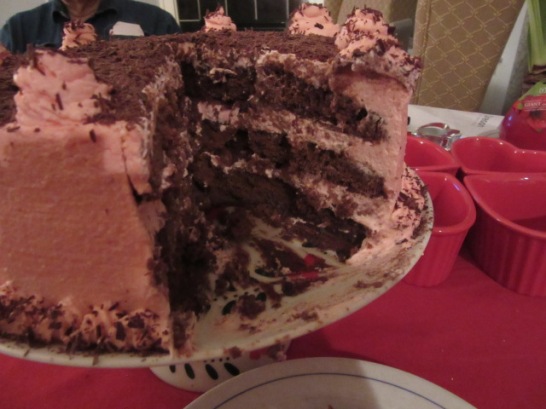