When I looked at the photos I took today, I noticed how Nathaniel’s shirt stole the show. He and I ran an errand in town, then walked along Richland Creek which runs through Waynesville. He jumped on the rocks near a tributary stream, stood beside a shallow area where it would be easy to wade, and agreed to pose at the overlook.

We had an exciting first for lunch. We went to a restaurant the very day it opened! Willie Brooks BBQ had been under construction for three months. It replaced a Mexican restaurant that son John $ and I went to once. Enough said. There had been a lot of activity the last few days, so John pulled in yesterday. A tiny sign said it would open the next day. The place was crawling with employees, all smiling and asking how we liked our food. 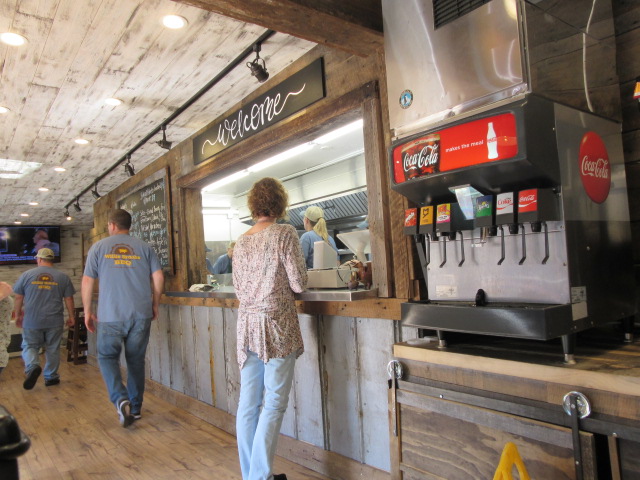 The afternoon’s activity was burning the Christmas tree, which had been lying in the burn pit. There is no ritual for this winter chore yet. Both Grandpa and grandson like to tend fires, so I called them pyromaniacs. They had smoky grins.

56 thoughts on “Watch the Red Shirt”