We were up early to be ready for grandson Nathaniel’s high school graduation. While waiting, I asked for a re-enactment of the tall one’s stair climb. The day before, I saw Nathaniel get to the top of the stairs, taking only two or three steps. He was hampered this time by the graduation gown and not having the right shoes.

Nathaniel’s dad, Peter, saved seats in the bleachers for us. I suppose many high school graduation ceremonies take place on the school’s football field. I know mine did 58 years ago. Luckily clouds covered the sun much of the time, so we didn’t bake. The band began to play Elgar’s Pomp and Circumstance precisely on time, and the faculty and students processed to their seats.

Most of the speeches were predictable, but the valedictorian’s address was a poem! Impressive! Two people read the names of the graduates as they filed past the podium, making fast work of a tedious ritual. There were 364 of them, so it could have been excruciating. There was no stately recession at the end, just tons of blue-robed graduates mixing with family and friends. The ceremony was over only one hour after it began. Amazing!

Before graduation, Nathaniel went to the prom. 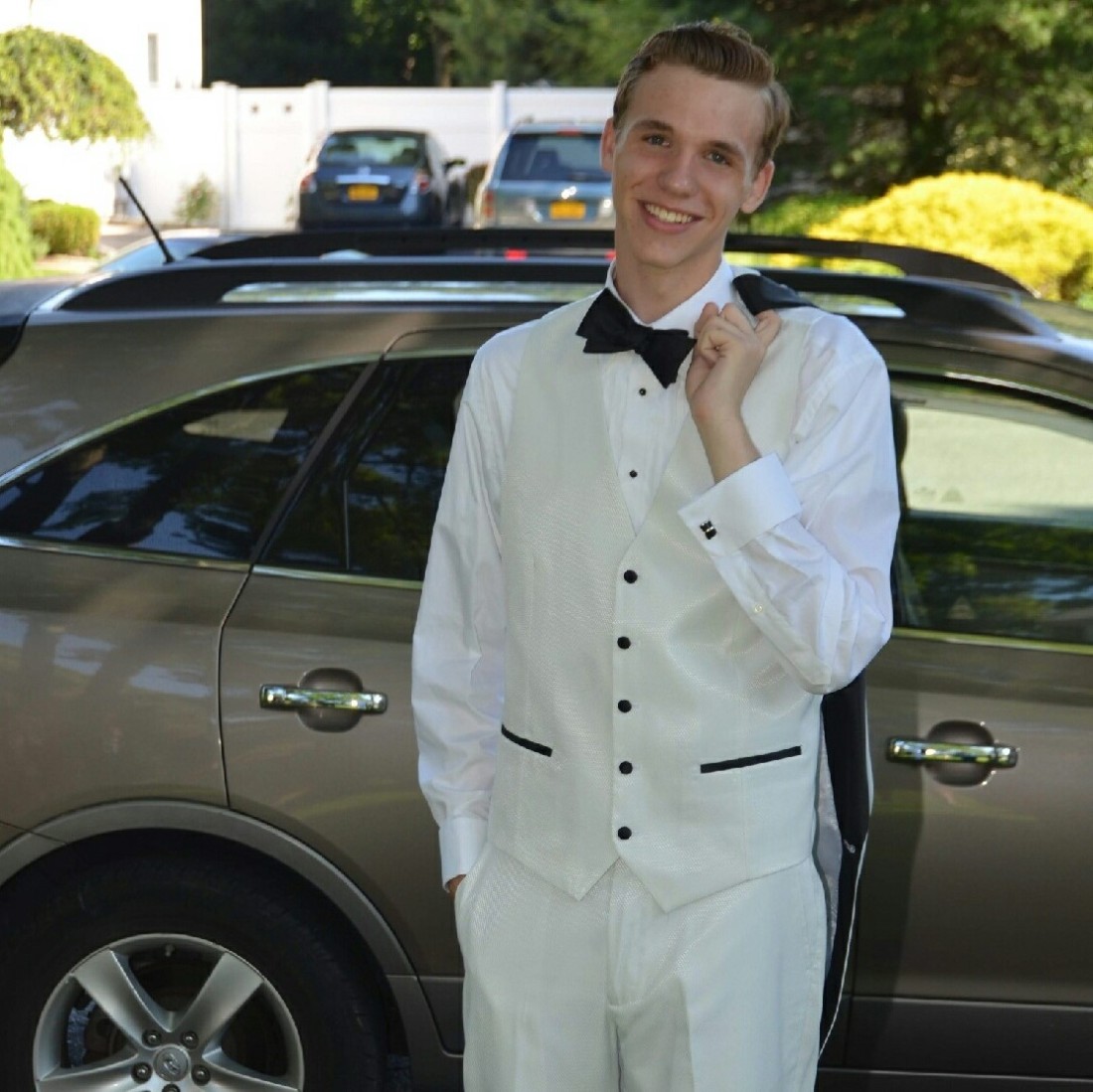