Off to College! The day after graduation, we picked up grandson Nathaniel He was always a light traveler. We thought the car might be filled to the brim with all his clothes and gear for college, but there was plenty of room for us to sit comfortably. He is working again at the steakhouse where he worked last summer and will go to Johnson & Wales in August. 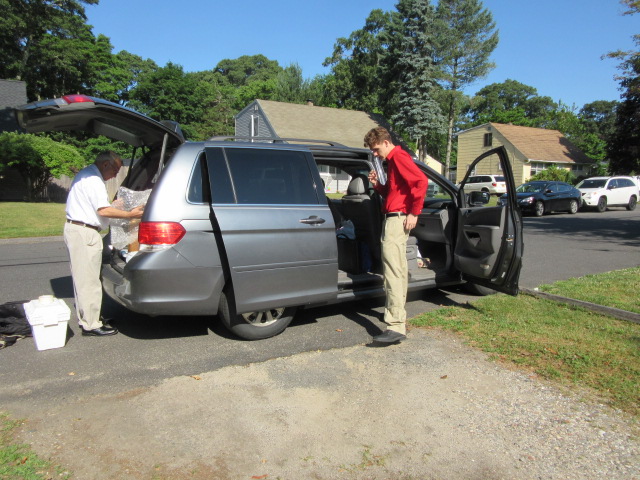 Post-christening Party We missed the christening of our great nephew in Maryland, but John’s sisters and spouses stayed an extra day to visit with us as we drove down from New York. Thom and Barbara’s twins and their wives provided a lovely cook-out. Nathaniel offered to cook the meats – hamburgers, hot dogs, and locally made chicken-apple sausages. I wish I lived near that sausage-maker. They had a lovely way of accommodating appetites for a mixed group, providing a choice of large hamburgers or sliders. 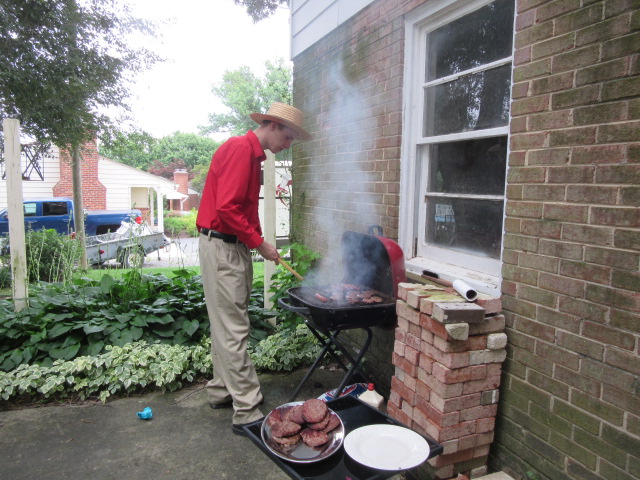 I particularly enjoyed watching six first cousins from age four to age sixteen playing together. I can’t think what relation grandson Nathaniel is to those six. He might be a second cousin or something once removed, which sounds like a second-rate person dumped in the garbage. I hadn’t looked at the calendar and was surprised when we were suddenly celebrating Barbara and Thom’s 52nd wedding anniversary. I hope I can be forgiven for forgetfulness, because I’m old. 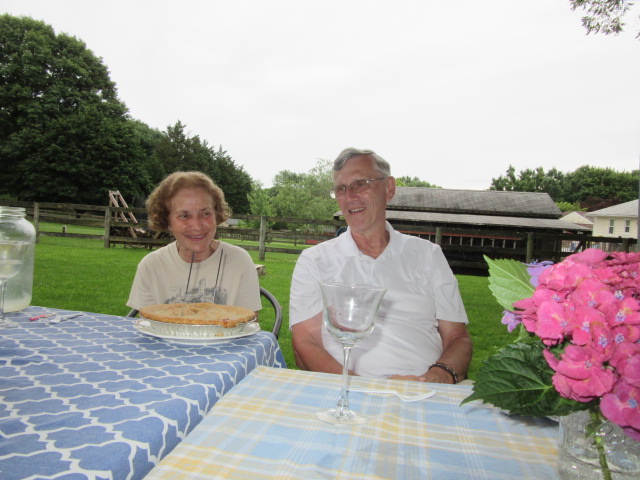 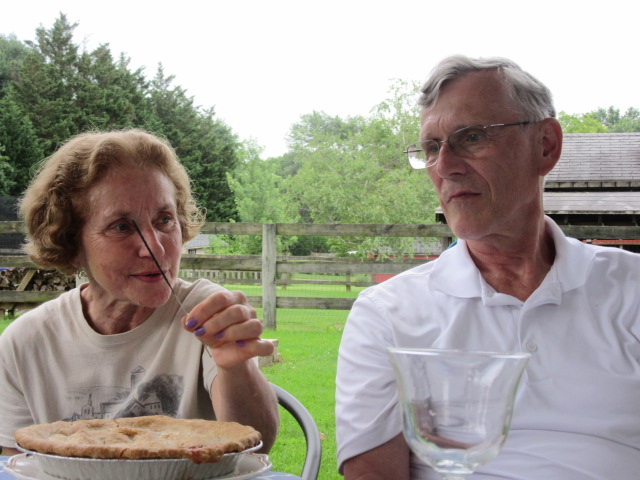 The next day when Thom and John were both trying to pay for breakfast, Thom pulled a fast one . He told the cashier not to pay attention to John because he was senile. We all burst out laughing. I was glad the cashier was not flustered, but laughed with us. 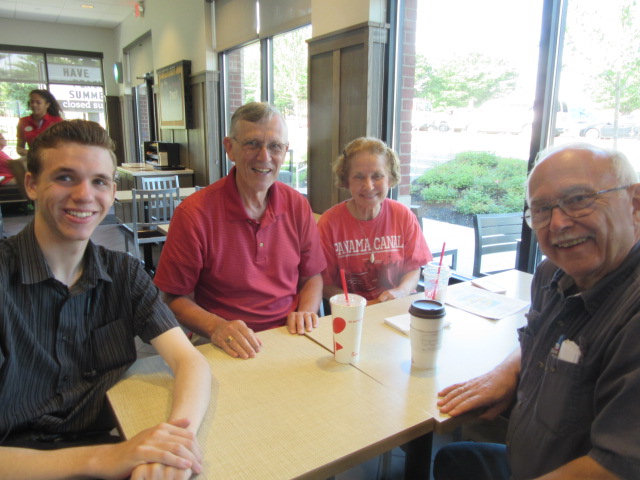 37 thoughts on “College Bound and a Post-christening Party”