When I thought we were going to have Spring, I ordered a solar bird fountain. It sat in its box for several weeks until the sun finally came out. While John was away playing with trains, I set it up. I chose the most conservative-looking tip, one that I thought might not spray water everywhere. The spray was lovely, but much too enthusiastic. The height of the water should have been no higher than 18 inches, but it was probably six inches higher than that. Water spewed everywhere on this windy day. 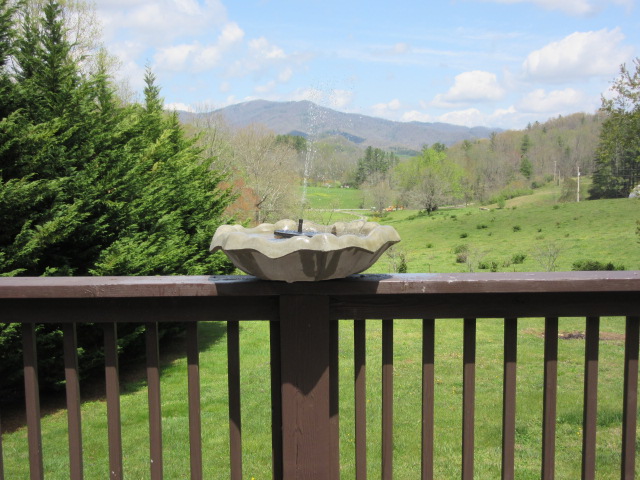 There is no battery, so the fountain runs when the sun is on it and stops in shade. I held my hand over it and took it out of the water. With the spray tip off, the fountain was much tamer. John would not have been a happy camper if he had seen how far the water sprayed the first time. In the second photo, you can see how far the water dampened the deck before I squelched it. 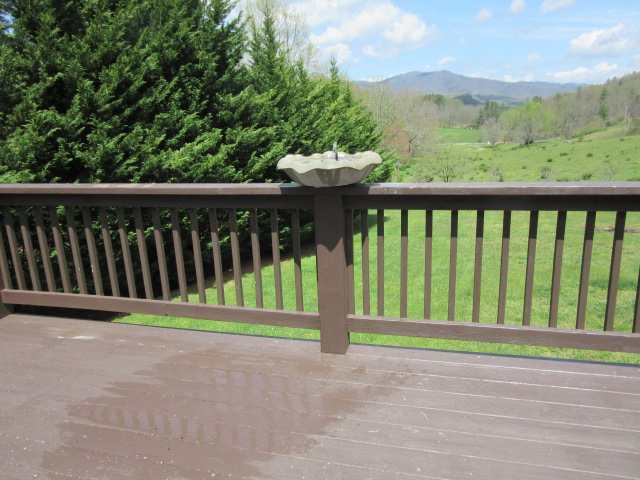 I put fresh seeds on the deck and retreated to my computer to see who would come to the bird restaurant or explore the water feature first. A song sparrow felt food was more important and swooped down for seeds. A dove perched on the birdbath, watched the bubbling water, and took a drink from the pool. A bawdy blue jay wanted to go skinny-dipping, but he lost his nerve and flew off. I was pleased to see a female hummingbird sip sugar water. The males return first, followed by the females. This must be nesting time for them.

Later in the afternoon there were clouds floating by. The fountain was very sensitive to that. It spurted up proudly in full sun and exploded sporadically when a cloud went over. I predict the birds and I are going to enjoy their new spa.

33 thoughts on “Bird Spa and Restaurant”